In today's outbreak of MSNBC Theology, legal analyst Maya Wiley lit into Sen. Lamar Alexander for allegedly sitting on Satan's fence, and therefore belongs to Satan. Given the channel's tilt, we can guess that the Pelosis and Schiffs are on the Jesus side, and Trump and his Republican enablers are with Satan. It came in the noon hour, Eastern time:

ARI MELBER: Maya, I’ve always said there is a defense that something is simply not bad enough to warrant this extreme remedy, and you can walk through that explanation. But you have to then own logically that you’re inviting future offenses, precisely because you're not removing and you're not punishing. Lamar Alexander is taking the position basically if you go agree to mow somebody's lawn for 20 bucks and they stiff you, the way to get whole, to get the money you’re owed is to go mow their lawn again next weekend. And that doesn't work very well logically.

MAYA WILEY: So there's an old Christian joke, and it’s Satan’s on one side of the fence and Jesus is on the other, and you walk off with your leader, depending on which side of that fence you're on. The person who sits on the fence? Satan comes back for the person on the fence. He says, "Why? I didn't pick a side." And Satan says, "but it's my fence."

So that's essentially what Lamar Alexander is saying, I will be the fence-sitter.

Theologically -- if not politically -- there is something to this "old Christian joke." The Bible warns of the dangers of being a worldly, "lukewarm" Christian. But MSNBC always has to put Jesus in one political party -- while screaming it's unfair to put Jesus in the Other Party. 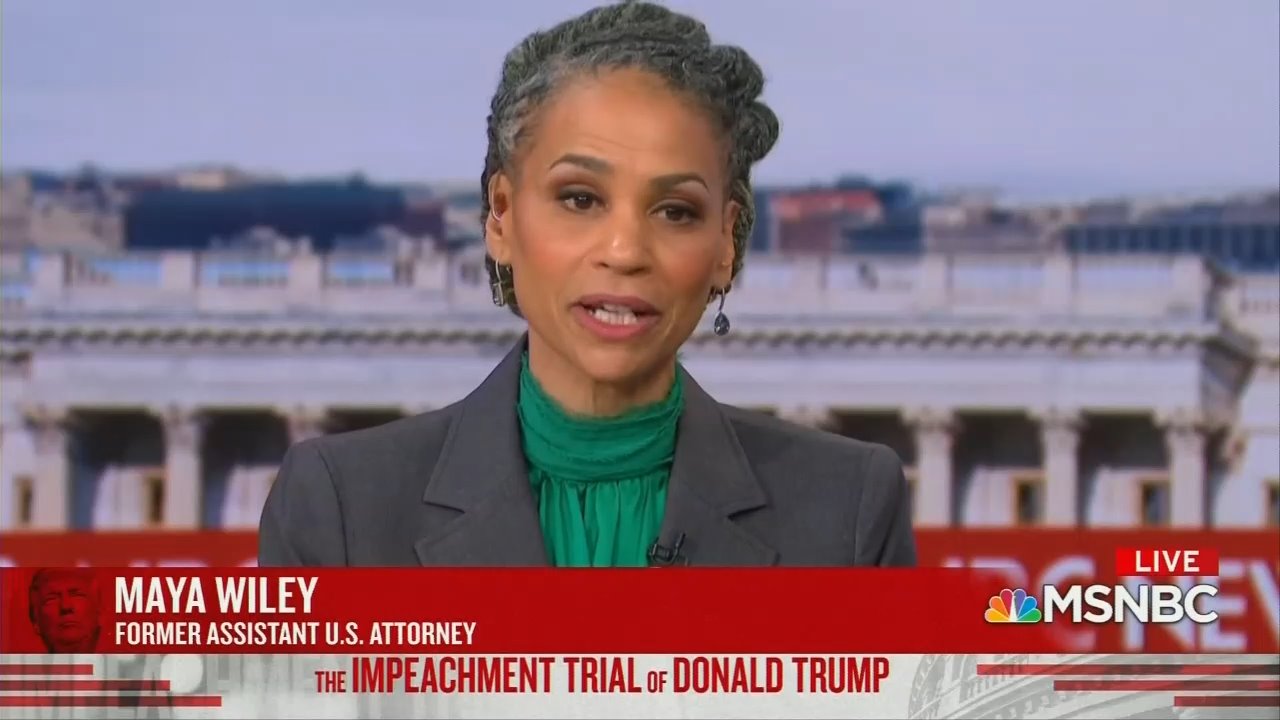 Wiley then commended Melber for his tweet about a New York Times story, on "The woman who has advanced cancer and stole $100 of food to feed her family, and she is going to serve 10 months in jail...10 months in jail! You tell the American public, Lamar Alexander, which is worse, and who should suffer the consequences of our justice system. Don't sit on the fence."

That sounds awful, and the judge should have known this sentence could become a media boomerang. But the Times story had more context on the woman: "Ms. Menser had a history of minor drug and theft crimes, and that both the 2018 shoplifting charge she pleaded guilty to — a third-degree felony — and the sentence handed down were in line for someone with her criminal history." As opposed to a medical history.

Surely a jury of her peers would feel merciful and pick home confinement and continued cancer treatment. But why is MSNBC making this case about Lamar Alexander???