TIME Grovels for Greta Thunberg, Teenaged 'Pool of Resolve' and 'Icon of a Generation' 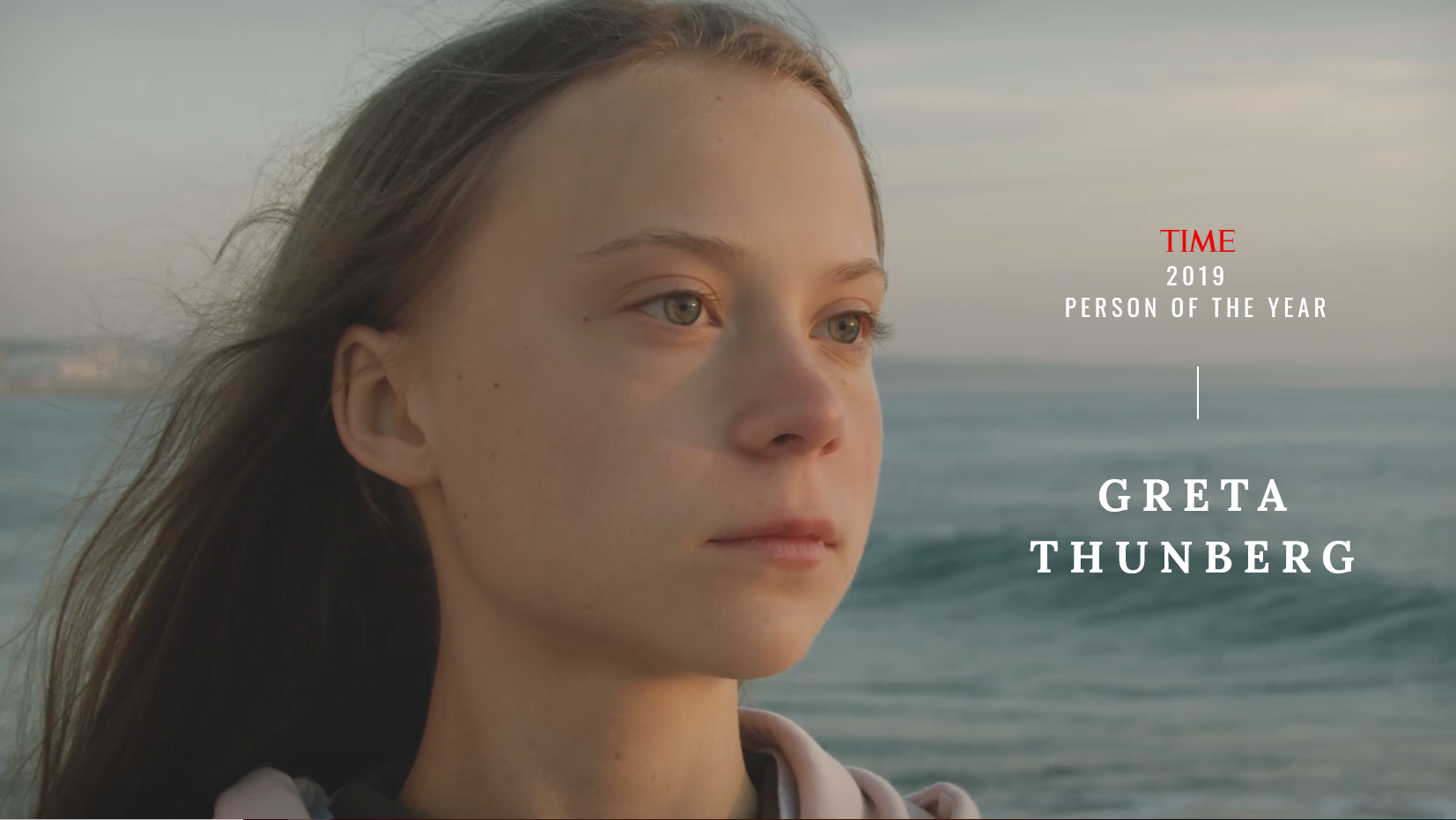 Greta Thunberg sits in silence in the cabin of the boat that will take her across the Atlantic Ocean. Inside, there’s a cow skull hanging on the wall, a faded globe, a child’s yellow raincoat. Outside, it’s a tempest: rain pelts the boat, ice coats the decks, and the sea batters the vessel that will take this slight girl, her father and a few companions from Virginia to Portugal.

For a moment, it’s as if Thunberg were the eye of a hurricane, a pool of resolve at the center of swirling chaos. In here, she speaks quietly. Out there, the entire natural world seems to amplify her small voice, screaming along with her.

“We can’t just continue living as if there was no tomorrow, because there is a tomorrow,” she says, tugging on the sleeve of her blue sweatshirt. “That is all we are saying.”

Oppose Greta? You oppose "the entire natural world, screaming." But don't worry, Greta won't become an egomaniac over all this global flattery.

She cannot be flattered or distracted. She is not impressed by other people’s celebrity, nor does she seem to have interest in her own growing fame. But these very qualities have helped make her a global sensation. Where others smile to cut the tension, Thunberg is withering. Where others speak the language of hope, Thunberg repeats the unassailable science: Oceans will rise. Cities will flood. Millions of people will suffer....

“I want you to panic,” she told the annual convention of CEOs and world leaders at the World Economic Forum in Davos, Switzerland, in January. “I want you to feel the fear I feel every day. And then I want you to act.”

Thunberg is not a leader of any political party or advocacy group. She is neither the first to sound the alarm about the climate crisis nor the most qualified to fix it. She is not a scientist or a politician. She has no access to traditional levers of influence: she’s not a billionaire or a princess, a pop star or even an adult. She is an ordinary teenage girl who, in summoning the courage to speak truth to power, became the icon of a generation. By clarifying an abstract danger with piercing outrage, Thunberg became the most compelling voice on the most important issue facing the planet.

And this is the poetic conclusion:

When Thunberg finally approaches the stage, she climbs in her Velcro shoes to a microphone and begins to speak. The drums fall silent, and thousands lean in to listen. “The change is going to come from the people demanding action,” she says, “and that is us.” From where she stands, she can see in every direction. The view is of a vast sea of young people from nations all over the world, the great force of them surging and cresting, ready to rise.

PS: There was only one paragraph mentioning/disdaining critics (or "trolls"), including President Trump and Brazilian leader Jair Bolsonaro. On Twitter, Time's editor touted her role in decrying the human race as having a "predatory relatiohnship" with planet Earth: 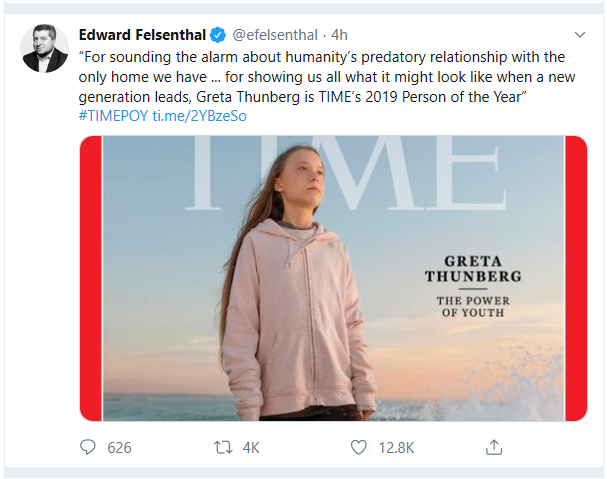