David Brooks: Pelosi's Slam on Reporter a 'Beautiful Political Moment of the Year'

Supposedly right-leaning New York Times columnist David Brooks once again demonstrated it's hilarious he's supposed to represent a more conservative point of view in the NPR and PBS week-in-review roundtables. He paid unctuous tribute on both networks Friday night to House Speaker Nancy Pelosi's slashing attack on Sinclair reporter James Rosen. It was "one of the more beautiful political moments of the year." Somehow, when liberals attack reporters, they qualify as a "pro" and a "craftsman," just "very impressive." 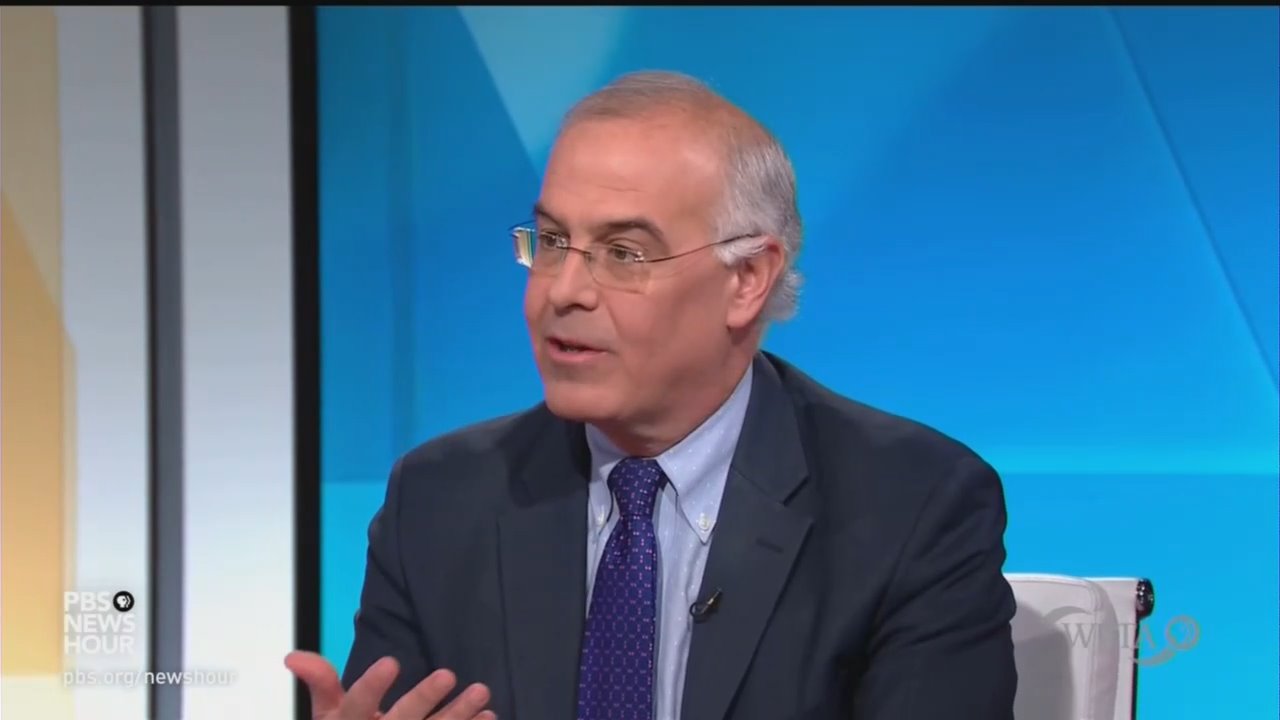 MARY LOUISE KELLY: She was exiting the stage when James Rosen of Sinclair News shouted out to ask if she hated President Trump. She whipped around. She came back to the podium to answer.

NANCY PELOSI: I don't hate anyone. I was raised in a way that is full -- a heart full of love. I pray for the president all the time, so don't mess with me when it comes to words like that.

KELLY: Don't mess with me. David, what do you take from that?

DAVID BROOKS: It was a beautiful moment, actually. You know, political scientists say Americans aren't necessarily more polarized on policy terms. We're more polarized on emotional terms. We just hate each other more over the same policy differences. But that's never been true of Nancy Pelosi. She is - I've always found her exceedingly gracious.

And I think that's - growing up in a political family, she's a pro. I mean, she's a craftsman at politics. She's just a very impressive figure whether you agree with her or not. And I think she's handled this situation very well, and I thought that was one of the more beautiful political moments of the year, frankly.

KELLY: She is also a Catholic, E.J., and she attributed - I don't like the word hate; don't mess with me about that - because of her Catholic upbringing.

E.J. DIONNE: Well, all of us liberal Catholics really loved her argument that her faith means not hating people and praying for everybody, including President Trump.

NPR offered no audio of Rosen, or the point he was trying to make -- which was Republicans claimed the impeachment attempt was because Democrats hated Trump. Neither did PBS. Putting reporters in context isn't important when it's time to praise Nancy Pelosi as she boasts of her devout Catholicism.

Brooks offered a slightly less effusive version on the PBS NewsHour, which put the words "Pelosi's powerful moment" in their online headline:

BROOKS: I should say, I thought Nancy Pelosi had one of the best political moments of the year this week in saying that she doesn't hate Donald Trump. She's going to pray for Donald Trump. That was a — I just thought a beautiful moment of, well, she said it's her Catholic faith of Christian witness.

Roughly a year ago, when the Trump White House pulled the press credentials of CNN shouter Jim Acosta, Brooks naturally blamed Trump for all the yelling:

BROOKS: But then you get one person breaks all the norms — and, in this case, it's the president — and then the other people, in order to be heard, have to get a little ruder. And then it just escalates.

And because it's America, it has to go to a law court and have somebody sue each other. And so what Acosta did was marginally rude, I think only marginally, but given the atmosphere that Trump has set, well within the bounds of what is now the normal.