Liberal PBS NewsHour analyst Mark Shields sort of bumbled into the idea that the way voters prove they're not racist is by voting for Democrats. Many years ago, NBC's Bryant Gumbel announced they had a test to see "whether you're a racist or a liberal." Shields was discussing counties where voters picked Obama, but then switched to Trump. If -- and the if is what makes the bumble -- voters pick a Democrat over Trump, they "wouldn't be racists." It might be hard to make out, but this is how the NewsHour website transcribed it:

SHIELDS: But I think the key question Democrats have to face is this, Judy. There are 206 counties that Barack Obama carried twice that Donald Trump carried in 2016. And if the Democrats can go back and carry those counties again, these are people, you can't call — these wouldn't be racists.

And I think that's the question. Can Democrats do that? And is that the kind of candidate and campaign they want to run?

This answer tumbled out because PBS anchor Judy Woodruff was closing out the Week in Review segment by noting Rep. Tim Ryan dropped out, and the newspapers have noticed there's anxiety among Democrats that the current candidates in the race can't beat the president:

JUDY WOODRUFF: Eighteen still running, and there is reporting out there — you have seen it — that some Democrats are getting anxious because they're worried they still don't have a horse that can beat Donald Trump. How widespread do you think that worry is among the Democrats? 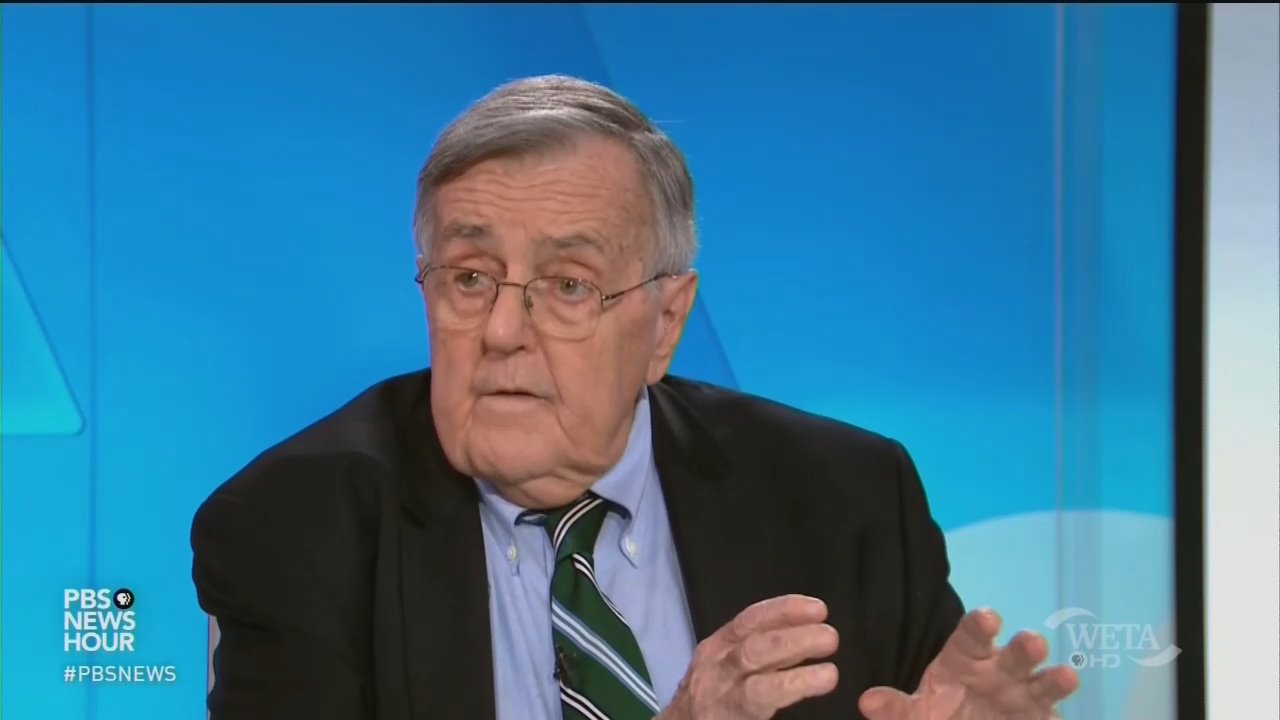 SHIELDS:  I'd say it's a lively anxiety. I mean, the flaws or the defects of the top four candidates, I mean, on ideological grounds, fear the Democrats, with Senator Warren and Senator Sanders, that they are far too left, that they're vying for sort of a liberal sliver of the electorate right now.

That Vice President Biden may not be the Joe Biden that we have come to know and love in previous years. That Pete Buttigieg is the mayor of a very small city, with a male partner, married to, is maybe, at 37, just a little bit more than the country's ready for, and especially in an election where they want the referendum to be on a flawed, damaged, manifestly imperfect incumbent.So I think that, whether it's Michelle Obama or whatever else, I mean, Democrats are kind of casting around looking.

To be fair, Democrats were also nervous in 1991, when they all wondered whether Mario Cuomo would get in, and feared Bill Clinton wasn't electable. So sometimes the Democrats are too pessimistic. The media bias in that cycle was dramatically in Clinton's favor, especially when they began giving him large chunks of "town meeting" air time.