Liberal Media Bored by Images of Trump Being Stomped, Bound, Gagged, or Impaled

While national media outlets like The New York Times lament Donald Trump's messaging is "incendiary," the TV networks continue their tendency to ignore shocking anti-Trump imagery, in which the president is bound, gagged, even humiliated on a toilet with his pants around his ankles. They also can't find any outrage over Barbra Streisand tweeted out a cartoon where Trump is impaled by one of Nancy Pelosi's high-heeled shoes.

Twitchy covered both of these Twitter controversies. Somehow, the New York-based networks can't find any time for the Times Square ad by Dhvani sportswear with a woman stomping on the face of the president. (One exception: Fox's The Ingraham Angle mentioned it on Friday night: "I keep saying, imagine if this had been directed at Barack Obama.")

[A]thletic wear company Dhvani’s new out-of-home campaign features a more graphic depiction of the president, with a series of images that depict Trump tied up, on the toilet or shushed by women fed up with the actions and the rhetoric of this White House.

In an image titled “Lady Liberty,” running on a Times Square billboard, middle school teacher and Marine Corps veteran Michal Mesa binds a convincing Trump impersonator, her bare foot planted firmly on his face, in a vignette inspired by the superhero Wonder Woman and her Lasso of Truth. 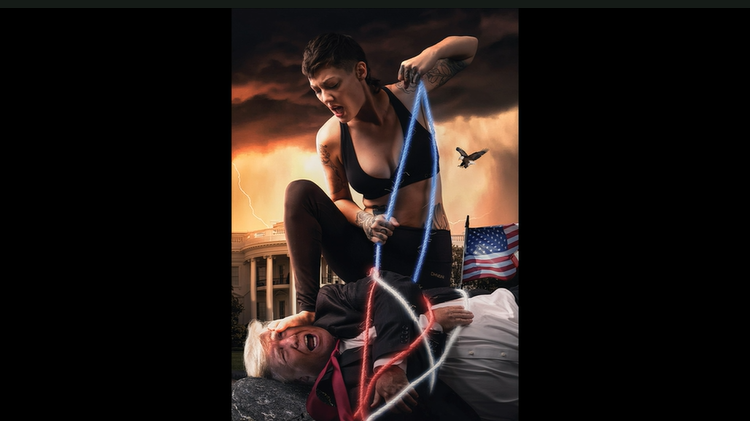 Another model for the campaign is Chloe Mason, chief communications officer at Dhvani, who appears in warrior and tree yoga poses, silencing a bound Trump with one finger. In another photo, the president is seated on a gold toilet, pants around his ankles, as his smartphone is grabbed out of his hands.

The New York Times covered this....with an Associated Press story! Their world headquarters is down the block, but they can't send a reporter!

Trump's son, Donald Trump Jr, tweaked the media Friday for not writing about the billboard sooner.

"Since you had time to thoroughly cover a stupid and tasteless meme seen by 8 people with incredible outrage, I figured you should dedicate the same time and outrage to this billboard in Times Square you hypocrites," he said in a tweet.

Trump Jr. was referring to news coverage of a parody video, played during a conference at Trump's Miami golf resort, depicting a caricature of Trump murdering members of the news media and other critics.

Twitchy also noted Barbra Streisand's tweet of a cartoon with Trump being impaled by a large high-heeled shoe: 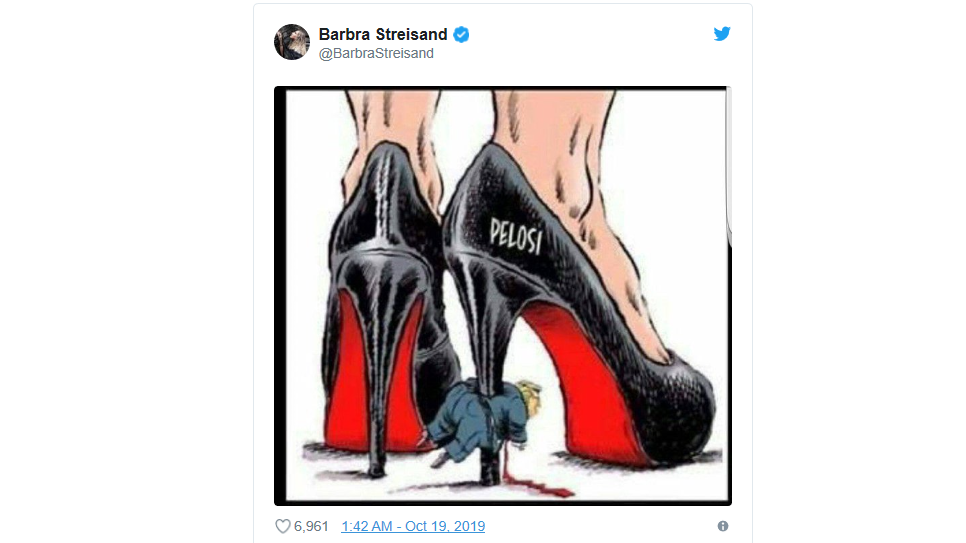 Streisand's social-media team borrowed from a January cartoon by Andy Marlette (nephew of the late political cartoonist Doug Marlette, whose drawing style seems to be copied). Twitchy notes "If it’s any consolation, the blood draining out of Trump is actually his red tie … made to look like blood draining out. Plus there’s the “bloody shoes” shoutout to Bernie Sanders superfan Cardi B." 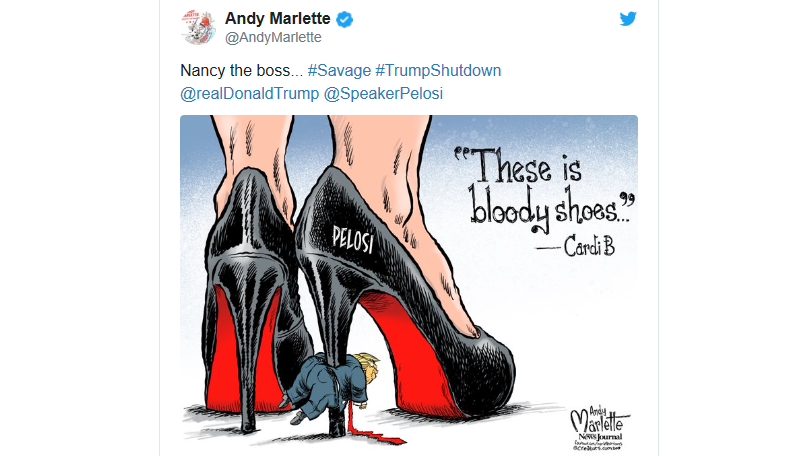 We know that Jack and Twitter want to elevate the discourse on the platform, and flagging this for removal would be a good start — actually a good continuation, following the deletion of Tom Arnold’s unhinged tweet bringing up JFK during Trump’s visit to Dallas this week.