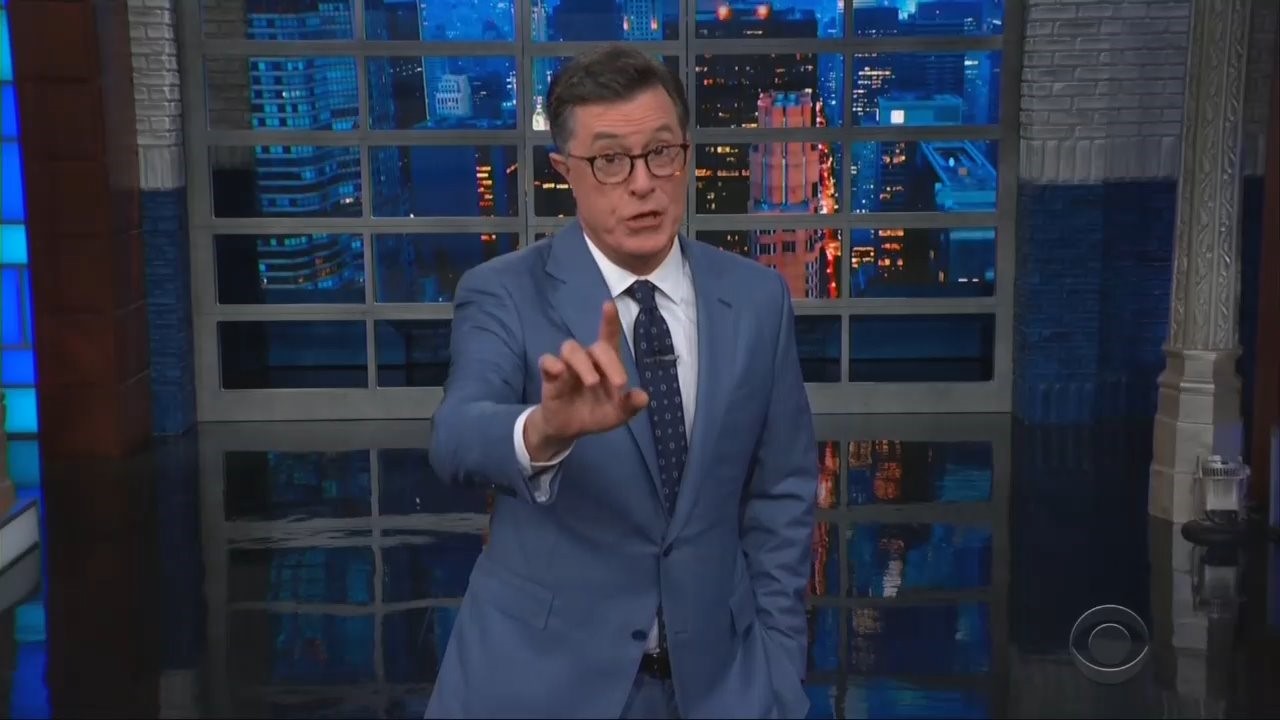 On Thursday's Late Show, Stephen Colbert began by complaining that the Democratic debates on Tuesday and Wednesday were too tough on the front-runners and not tough enough on President Trump. "It’s 20 people, and if I’m generous, six of ‘em should be up there. I’m looking at you, Steve Bullock, I think, it could be Michael Bennet, it’s hard to tell."

He complained: "Here’s the deal: Networks have a vested interest in getting the candidates to fight with each other. For the dram-ma! So front-runners stand up there and get brutally horse-whipped for hours, while the man Democrats really want them to attack, Donald Trump, is barely mentioned."

That's simply FALSE. On night one, just in the Opening Statements, Trump was mentioned 14 times by the ten candidates (Warren did it four times, rapid-fire.) But it's the way Stephen feels.

Then Colbert turned to Trump's rally in Cincinnati in a segment called "Chopper Talk," where they made Trump bald for comedic effect. Colbert enjoyed how reporters kept pressing (ahem, failing) to make Trump promise to stop any "Send Her Back" chants about Ilhan Omar, a woman the Democrats deeply adore, despite the special pleading for ISIS recruits and the anti-Semitism.

STEPHEN COLBERT:  So for once chili on spaghetti was not the most disgusting thing in town. And it is was Trump's first rally since his audience chanted "Send her back" about Congresswoman Ilhan Omar. [Audience boos]

So one reporter had a simple question.

REPORTER: Are you prepared to tell your supporters to stop if begin chanting something problematic?

PRESIDENT TRUMP: I don't know what is going to happen, but  can tell you this, I am going to Cincinnati, the arena's a very large one and we've sold it out. And we could sell it out probably ten times, from what I hear.

COLBERT: [Trump voice} I've got one thing, and one thing only to say about those terrible racist chants, they really put the asses in the seats. 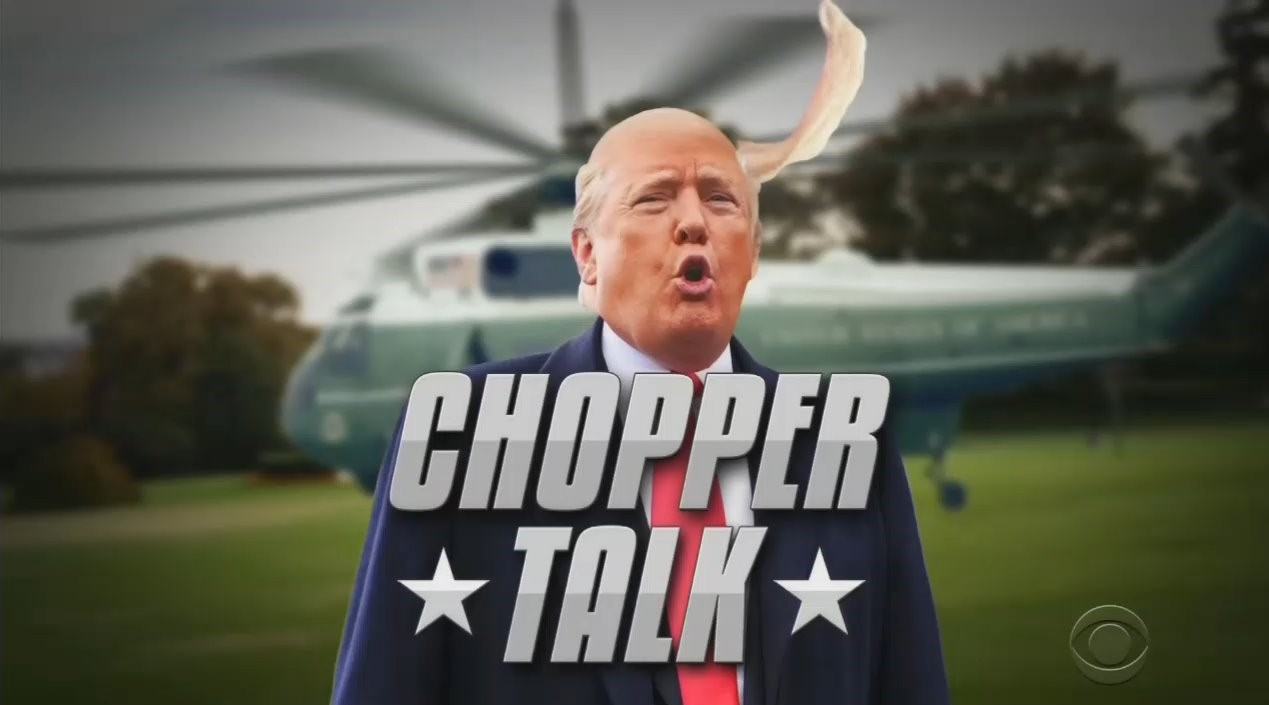 TRUMP: I can't tell you whether or not they're going to do that chant. If they do the chant, we will have to see what happens.

REPORTER: Will you stop it, sir?

TRUMP: I  don't know that you can stop people.

COLBERT: [Trump voice]  I mean what am I going to do, tell my whole audience to go back where they came from. That is not what America is about, folks.

REPORTER: Do you have a message for them now, before they go in?

COLBERT: [Trump voice] They love me, they really love me -- or they really hate Mexicans. You know -- potato, burrito.

You can't really hear it on the video, but the White House transcript has another question erupting during the "love me" answer: "So your message is not 'don’t do this'?!"

It would be nice to know which liberal activist pretending to be a reporter was this obsessed in trying to get the chant suppressed.