AXIOS Takes Trump Racism to Next Level: It's 'Premeditated' 2020 'Madness'! 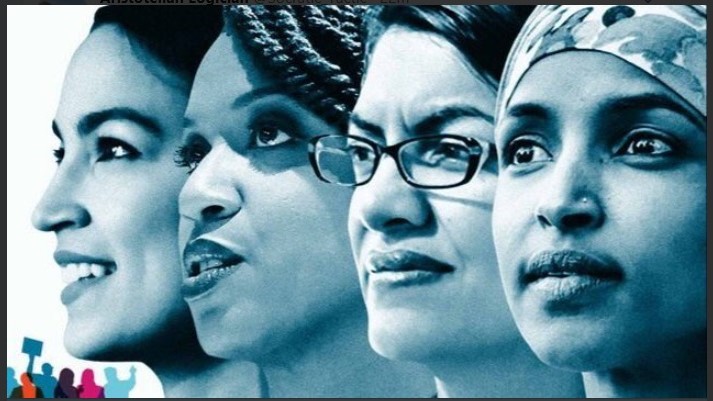 In his daily Axios AM newsletter -- widely shared among the top political reporters and editors in New York and Washington -- former Politico reporter Mike Allen takes the racism claims against Trump to a new level on Wednesday, calling it premeditated. The newsletter begins with the headline "1 big thing: Trump's premeditated racism."

Allen turned it over to Axios co-founder (and fellow Politico alum) Jim VandeHei, who listed his reasons (emphasis in the original):

2. He hopes he can crank their turnout even higher, especially among older, white evangelicals. He knows most of those voters are unlikely to ditch him, no matter how offensive his comments.

3. He watches Fox News and knows AOC, in particular, is catnip to old, white voters, especially men. She is young, Hispanic, female and a democratic socialist — a 4-for-4 grievance magnet. Last week, AOC got nearly as much online attention as all 2020 Democrats combined.

4. Trump believes he did better than Mitt Romney among Hispanic voters because many who came here and went through the legal process agree with his views.

5. Axios sat in on a focus group in Michigan where white swing voters agreed with Trump on immigration. Carlos Algara, a political scientist at UC Davis, told the N.Y. Times that a forthcoming analysis of the 2018 midterms found that even without Trump on the ballot, "white Democrats with high levels of racial resentment were likely to vote ... Republican."

6. Facebook is often his incubator. He has spent three times more than all Democratic contenders combined on Facebook, with a mix of message-testing immigration lines to appealing to Hispanics who seem susceptible to his worldview.

Even as the journalists rage against Trump's "racist tweets" against this "Squad" of socialists, they have that sinking feeling that all of this is going to work in Trump's favor with his supporters. It's "race-baiting madness," but it might just work.

The bottom line: Trump sees the four progressive women in The Squad as perfect foils until he gets a Democratic nominee to run against.

N.Y. Times: "He has told aides ... that he is pleased with the Democratic reaction to his attacks, boasting that he is 'marrying' ... Pelosi and the Democratic Party to the four congresswomen known as 'the Squad.'"

Then, he will try to do the same to the nominee.

The big picture ... Sad but true: Trump associates predict more, not less, of the race-baiting madness.

The Times story recalled that Richard Nixon's supporters championed the idea of "America, love it or leave it" during the 1972 election. They didn't remind their readers how that turned out for Nixon. It was a landslide.