'All Is Forgiven': NBC Touts Lyin' Brian Williams in Front of Advertisers 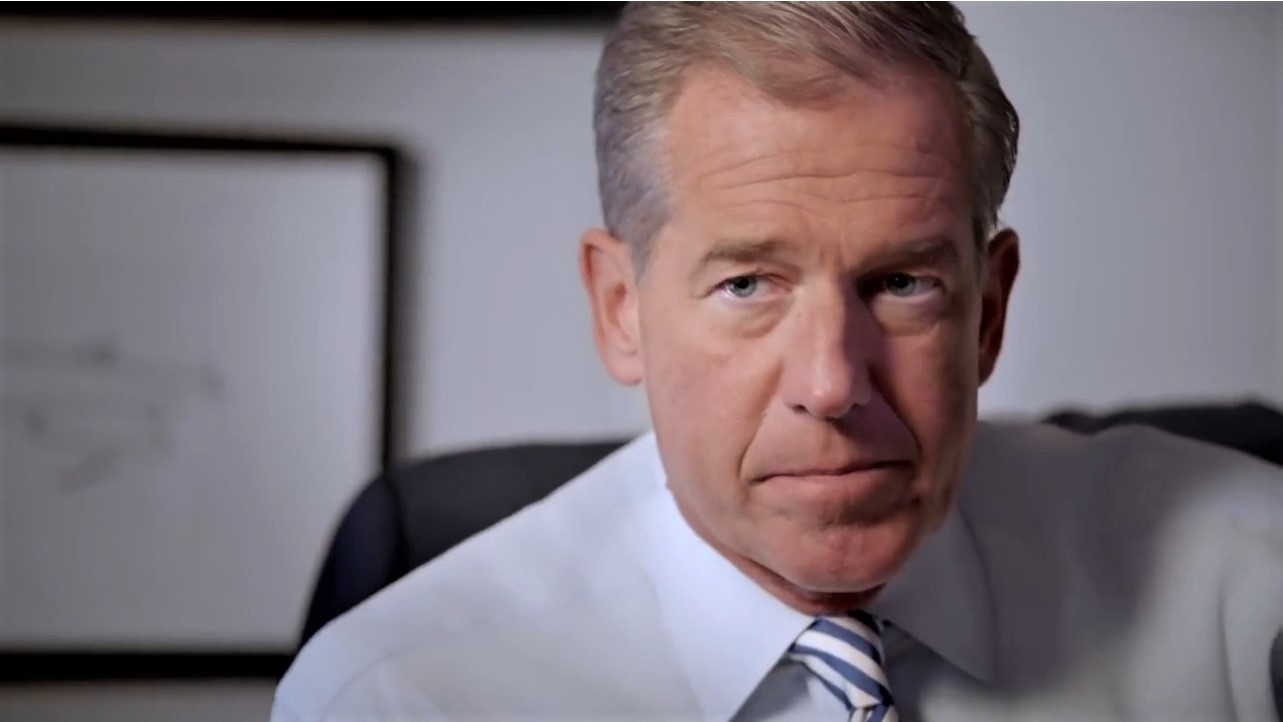 NBC surprised TV writers on Monday by putting disgraced NBC anchor Brian Williams into their "upfront" event for advertisers to stand with his successor Lester Holt, as well as Chuck Todd, Savannah Guthrie, Rachel Maddow, and others.

Jason Lynch at Adweek bizarrely suggested Megyn Kelly and Matt Lauer were in the same category of "infamous," which is odd since Kelly hasn't been accused of sexually abusing anyone.

NBCU must have assumed that given the other infamous NBC News personalities the company has trotted out at its upfront in recent years—namely, Matt Lauer and Megyn Kelly—Williams’s past suddenly doesn’t look so bad in comparison.

"His presence spoke volumes," gushed Brian Steinberg of the Hollywood trade paper Variety in an article titled "All Is Forgiven."

“Remember when we said the last election would be the most consequential in a decade?” asked Williams during a section of the presentation devoted to news programming. “We were right.” [Unlike forecasting the winner!] He followed with: “This coming year, the world will be watching as we cover perhaps the most consequential election of our lifetime. It’s an election that will define our nation for years to come, and it’s already underway.”

Steinberg touted the ratings of The 11th Hour with Brian Williams as he has "worked diligently to win back credibility," even though he often loses to Shannon Bream's Fox News at Night among viewers aged 25 to 54.

He has rebounded with a show that relies heavily not on the typical TV-news talking heads, but on journalists talking about the news stories they’ve just broken, and on a range of former government officials, lawyers versed in a particular topic, or other experts. At a time when the news cycle leans toward chaos on most evenings, Williams provides a safe harbor, of sorts, using his finesse with repartee to pave the way for viewers to learn more about their world.  “I’m doing a late-night show,” he told Variety in October of 2017. “It just happens to be as serious as hell most nights of the week.”

The upfront is serious, too – a time when TV networks try to put their best foot forward, rather than stepping in something. Williams’ appearance suggests NBCUniversal executives feel the newsman has done his penance.

As Rob Eno put it at The Blaze, "Faced with growing distrust of the news media for pushing false and misleading stories that fit an agenda, NBC News chose to highlight someone it demoted for lying."