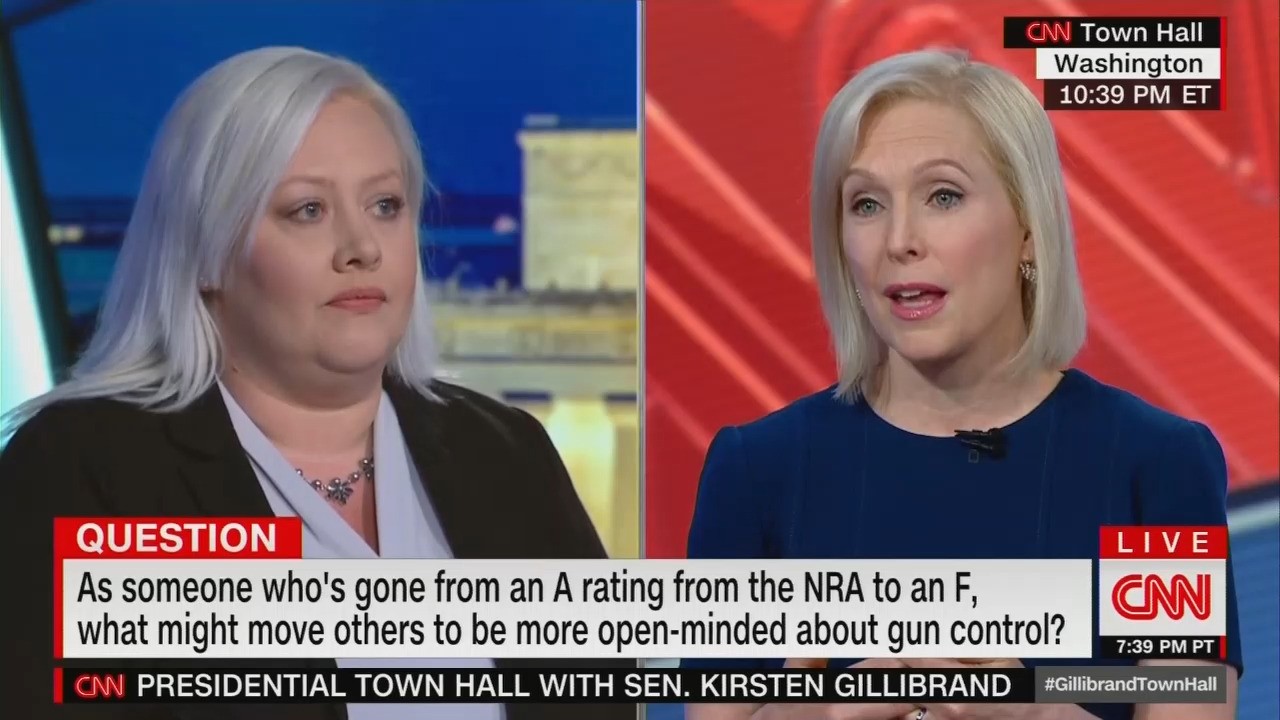 CNN's town hall with Democrat presidential candidate Kirsten Gillibrand of New York was crushed in the ratings by Fox News Channel on Tuesday night. Joe Concha at The Hill reported The Ingraham Angle drew 2.38 million viewers to win the hour, while CNN only had 491,000. That's almost five to one.

On top of that insult, CNN's fact checkers took issue with Gillibrand claiming the NRA are greedheads "largely funded" by gun makers, ruling she was "incorrect."

Paralegal Jillian Thomas asked: As someone who's gone from receiving an a rating to the NRA to now having an F rating -- thank you for that, by the way. And you've experienced that moment when you realize that your stances on gun control were wrong. What do you feel other Americans are missing that might move them to a more open-minded stance when it comes to gun control?"

They're against the Violence Against Women's Act. Why? Because they want to make sure a predator or someone who beats his wife can have easy access to a weapon, literally. So, let's just talk about what it is. It's about greed. So, if we can start defying this debate about the greed and corruption of the NRA and the gun manufacturers that fund them, then we're going to have clarity on this issue. So, I'm more hopeful than I've ever been at ending gun violence in the United States.

Holmes Lybrand (a former fact-checker for the Weekly Standard) noted that gun makers and retailers have donated millions to the NRA, but it's dwarfed by membership fees from citizens across America. There was no pushback from CNN's moderator on stage.

PS: Before her event, Gillibrand tweeted out video of her whacking softballs, which drew an obvious retort: "Considering that they will be throwing you softball questions, your video is very appropriate."