Liberal publications loathe Fox News hosts naturally. But it's very unusual for them to take that loathing and spread it on a liberal star like Rachel Maddow. But on Thursday, The New Republic posted an article on "MSNBC's Wild Ride" by Jacob Bacharach, which argued Maddow is "frequently just as bonkers" as Glenn Beck was on Fox News in the Obama years: 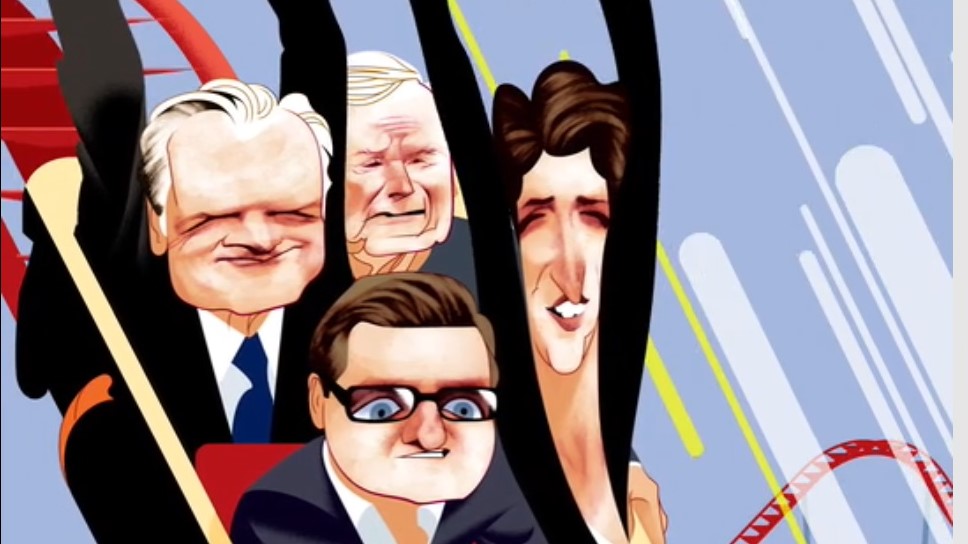 Maddow is sincere without being overly earnest. She thinks that she is funnier than she is, but we all have friends who think they are funnier than they are. She is obviously smart, which makes the frequent weirdness and obscurantism of her show seem like a deliberate choice, like a serious author who has, for fun, decided to dabble in the absurd....

Immediacy and intimacy are necessary for a show that consists, for long stretches, of a basically inert shot of a single woman who occupies the left-hand two-thirds of your screen, talking. But these qualities also render less conspicuous the defining trait of the show, which more than any other has contributed to Mueller’s near-messianic hold over segments of the so-called Resistance—a movement that was caught by surprise when Mueller finally submitted his report in late March, apparently concluding, from what we know of the report as of this writing, that Trump and his aides had not conspired with Russia to steal the election.

Maddow’s prime-time hour of overheated speculation lacks the antic sensibility and maudlin sentimentality of, for instance, the pre-exile Glenn Beck, who had scribbled all his manic and intricate chalkboard theories of history as conspiracy (and vice versa) with the studied passion of a coffee-shop prophet. But Maddow—and much of her network these days—is frequently just as bonkers.

Since Donald Trump’s election, Rachel Maddow has climbed to the top of the cable news ratings with a resistance bullhorn and a conspiratorial vision of the Trump presidency. She has traded the No. 1 slot with Fox’s leading conspiratorialist Sean Hannity, the flip side of her cabal-spotting coin....

The Howard Bealeization, or Glenn Beckifaction, of Rachel Maddow is a reminder that partisan paranoia has bipartisan appeal. Maddow is right to question the summarizing of a 300ish-page report into four measly pages, to insist on transparency, to challenge the motives of the Trump-friendly AG—and she’s not alone in doing so. But for Maddow, every piece of information remains a clue that might take down the Trump empire. There is no adjustment for how the report has been widely received, no skepticism about what the report might actually contain, just cockamamie connections, the feverish belief that every single thing we don’t know is the all-important fact, that the smoking gun of collusion is out there, and that, yes, Robert Mueller is still going to swoop in and save us.

Bacharach, like many liberals, worries that the Trump scandal obsessions are crowding out real issues like climate change and international war and peace. They don't think the Mueller investigation was a "witch hunt." They're just saying it didn't pan out, and to stick with it reeks of "conspiratorial fantasy."