Washington Post fashion writer Robin Givhan is back in the paper on Saturday with another in her long series of liberal editorials badly disguised as clothing critiques. Her target is now the MAGA hat. The headline is "Brimming with grotesque hubris." An actual critique of the hat would only state it's very simple and bland. But no, Givhan wraps all her own Trump hatred into the mix: 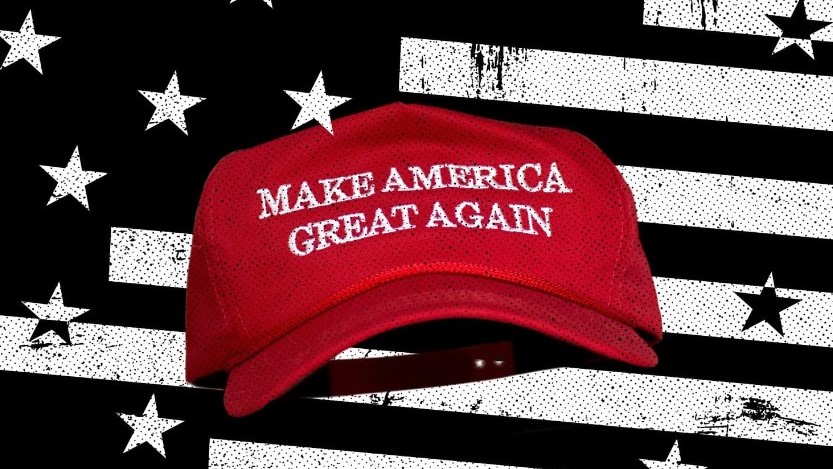 The bright red Make America Great Again baseball cap entered the popular culture as candidate Donald Trump's political swag. It has transformed into an open wound, a firestorm of hate and a marker of societal atavism.

An aesthetically benign baseball cap is a 21st-century grotesquerie.

Has there been in recent memory any other item of clothing - so specific in design and color - that pits neighbors against each other, causes classroom altercations, sparks both rage and fear, and ultimately alludes to little more than a mirage? [Image is the WashPost's illustration of this article]

It's unsurprising that Givhan would gag on the hat's plain meaning, since the Left argues America was never Great...until maybe Obama was elected. One can imagine wearing the hat is a ringing endorsement of Trump, and all that represents (including the hot tweets and the occasional recklessness with facts). Givhan briefly allowed that it could have meant many things years ago, including the plain meaning, but now it's malignant.

There's nothing banal or benign about the hat, no matter its wearer's intent. It was weaponized by the punch-throwing Trump rallygoers, the Charlottesville white supremacists, Trump's nomination of Brett M. Kavanaugh to the Supreme Court, Kanye West and proponents of the wall, the wall, the wall.

The hat has become a symbol of us vs. them, of exclusion and suspicion, of garrulous narcissism, of white male privilege, of violence and hate. For minorities and the disenfranchised, it can spark a kind of gut-level disgust that brings ancestral ghosts to the fore. Here, in 2019, their painful past is present.

The MAGA hat speaks to America's greatness with lies of omission and contortion. To wear a MAGA hat is to wrap oneself in a Confederate flag. The look may be more modern and the fit more precise, but it's just as woeful and ugly.

This wouldn't be complete without Givhan picking on Nick Sandmann, high school junior: 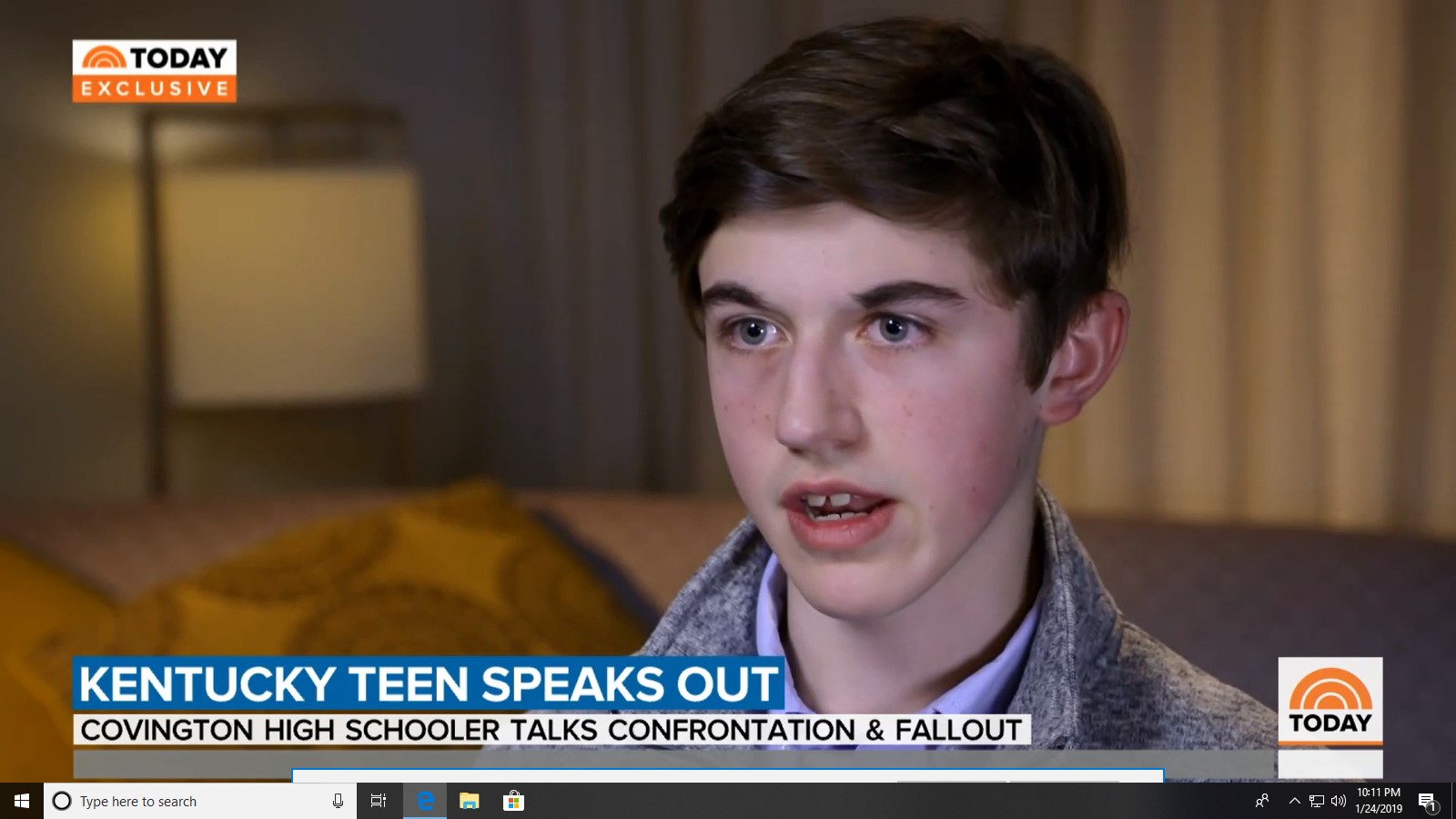 Journalist Savannah Guthrie asked him whether he thought the public outrage over his behavior might have been different were it not for the hat. "That's possible," Sandmann said, which was his most self-aware utterance of the interview.

The hat is a provocation. Is its corrosiveness too much for high school students to understand? No. They have studied American history. They can sort through complex issues related to the Second Amendment, climate change and abortion to not only have an opinion but also organize to change the opinion of others. They are digital natives who understand the power of images. Armed with so much knowledge, it is, perhaps, a more jolting loss, a graver reality, when youth is wrecked by the acid hatred symbolized by a hat.

To deny the hat's message is to be in denial - not about a misunderstanding or an unfortunate incident, but a familiar, festering truth.

For The Washington Post, America's youth should be progressives, or they are the wrecked apostles of "acid hatred."