This Year's Golden Globes Hosts on NBC: Not Interested in Trump-Bashing

NBC's Golden Globes Awards co-hosts Andy Samberg and Sandra Oh sounded an intereresting note in an interview previewing the show for The Hollywood Reporter. Neither was interested in piling up the anti-Trump hot takes. 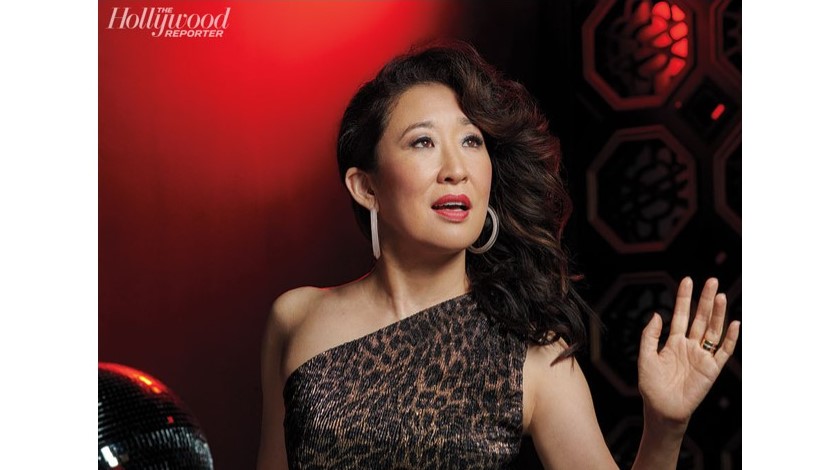 ANDY SAMBERG: Everyone is depressed, and maybe that's as good a reason as any that everyone could use a little time to laugh and celebrate. Not to ignore anything, but we spend so much time every day wallowing in a lot of things that are happening in our world that are really depressing, and with good reason — that stuff needs to be paid attention to — but there's also power to being positive and celebratory in the tougher times as well.

SANDRA OH: Yeah, and the job of being a host, it's really to be there to support all the nominees and those who take that platform to say whatever they want. I don't really think that [getting political] is for the hosts necessarily. You make it an open and safe place for whoever wants to use that platform to speak.

Oh added: "I'm not interested in [talking about Trump] at all. What I'm interested in is pointing to actual real change. I want to focus on that 'cause people can pooh-pooh Hollywood all they want — and there is a lot to pooh-pooh, sure — but we also make culture."

She cited the very popular movies Black Panther and Crazy Rich Asians: "Just speaking for my own community, people cried a lot in [Crazy Rich Asians], and it’s not only because it’s a great story and a classic romantic comedy — it is because seeing yourself reflected onscreen is really emotional when you don’t even know that you’re carrying so much grief of never being seen."

So they proclaimed they were not interesting in getting political, but they support the nominees saying whatever they want, and the Cheney-trashing movie Vice is nominated for a pile of Globes -- plenty of opportunity for leftist speechifying.  No one should think they didn't like the anti-Trump hot takes of the last two years:

SAMBERG: The most memorable moments from the last two years of the Globes have been the DeMille speeches, Meryl Streep and Oprah Winfrey.

OH: Oh, so good. So good, so good. Those two women really understand the power of that platform and took it and opened up a lot. That's who deserves that kind of award, not only for the work that they've done but how they display themselves and their character.

SAMBERG: They rose to the occasion, for sure — not that they had very high to rise.

OH: They're already at the top.

Hollywood royalty must have their rings kissed.