Secretary of State Mike Pompeo lit into ABC News on Friday for running a story with one anonymous "Turkish official"  claiming Pompeo heard an audio recording of an attack on missing Saudi journalist Jamal Khashoggi. In the Trump years, a single anonymous foreign source somehow is considered more credible than a Secretary of State (and the Turkish foreign minister) on the record. That's not how they did it when Hillary Clinton held the office. The Clintons are somehow always more credible that any anonymous source.

ABC tweeted at 10 pm: "NEW: A State Department spokesperson has released a statement late tonight that Secretary of State Mike Pompeo has neither heard a tape nor seen a transcript related to Washington Post [contributor] Jamal Khashoggi's disappearance."

Pompeo was blunt in a gaggle with reporters on his airplane: 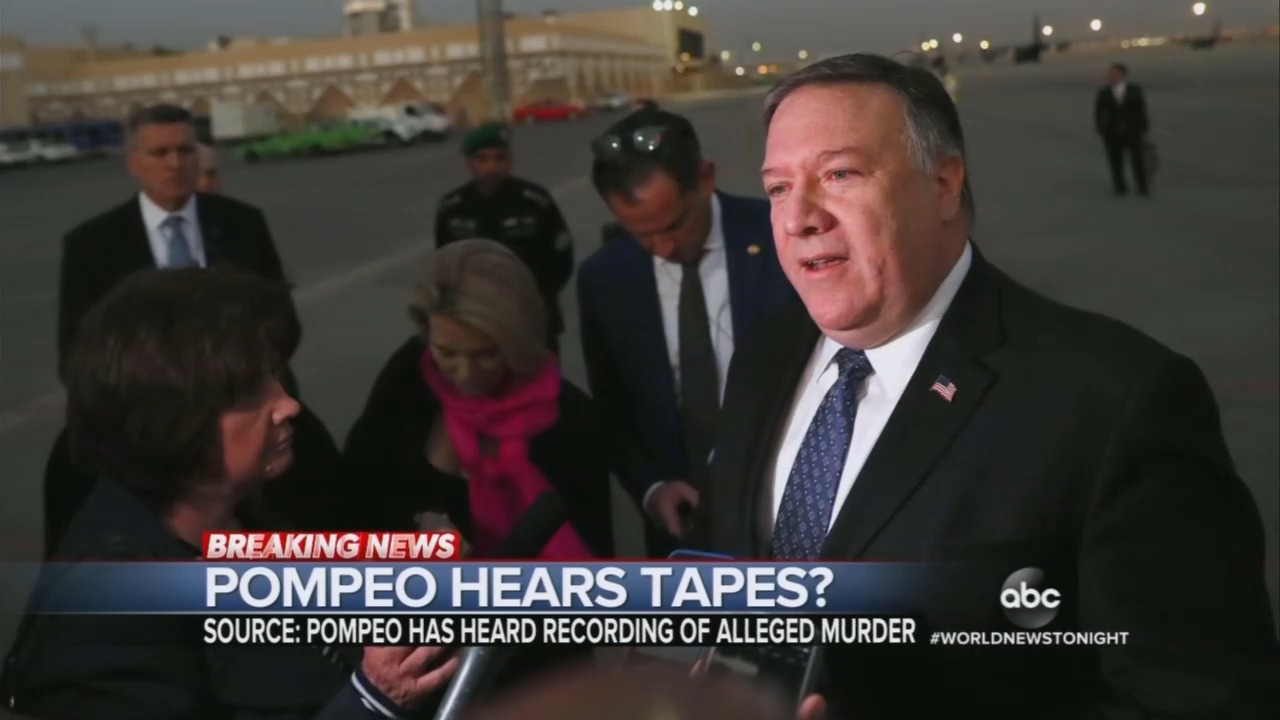 HEATHER NAUERT: All right, we’ve got to wrap it up.

QUESTION: Thank you for speaking with us.

POMPEO: Do you work for ABC?

POMPEO: You should actually ask them. They’re peers of yours. You should tell them that the Secretary of State is on the record saying this, and that they shouldn’t – they shouldn’t do that. This is wrong to do to the fiancé of Khashoggi. We should be factual when we’re reporting things about this. This is a very serious matter that we’re working diligently on. And so to put out headlines that are factually false does no one any good. You should encourage all your colleagues to behave that way. It’s most constructive when the media tells the truth. It’s very useful.

The story Pompeo attacked is still posted online on Friday, under the headline "Turkish source says Pompeo heard recording of Khashoggi murder, State Department denies." Ian Pannell and Elgin Bas wrote: "Speaking exclusively and on condition of anonymity to ABC News, the official claimed the recording was played in meetings in Turkey on Wednesday, and that Pompeo was given a transcript of the recordings." 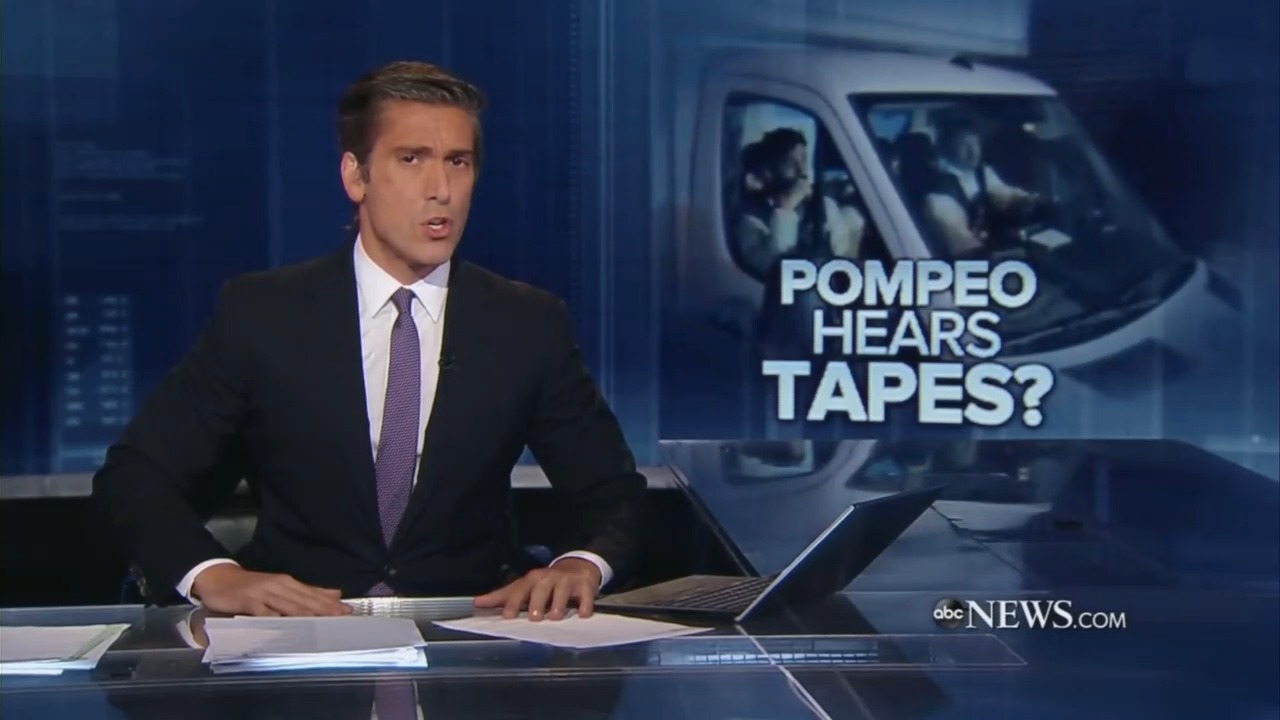 Reuters reported Friday that "Turkey has not shared any audio recordings with anyone, its foreign minister said on Friday, dismissing reports that Ankara had passed on audio evidence of the killing of a dissident Saudi journalist to the United States....“Turkey has not given a voice recording to Pompeo or any other American official,” [Mevlut] Cavusoglu told reporters on a visit to Albania."

Still waiting for @abc to make this the lede: Reuters: “Turkey has not shared audio recordings with anyone, foreign minister says.” Again, @SecPompeo and I have gone on record 3 times saying that Sec State has not seen/heard alleged #JamalKhashoggi audio/transcript.

PS: About 90 minutes later, President Trump tweeted: "Secretary of State Mike Pompeo was never given or shown a Transcript or Video of the Saudi Consulate event. FAKE NEWS!"