It was a stark contrast at the top of Friday's Style section of The Washington Post. At the far right was a typically harsh anti-Trump piece by media columnist Margaret Sullivan headlined "For Trump, USA Today acts like USA Toady."

Really? Right next to that piece was a toadying puff piece on Michelle Obama by Peter Slevin. The subhead was "Michelle Obama steps into the spotlight to promote voting and girls' education (and sell a zillion copies of her memoir, Becoming)."

Sullivan was outraged that USA Today published an op-ed by Trump, and she happily quoted the very opinionated verdict of Post "Fact Checker" Glenn Kessler that "almost every sentence contained a misleading statement or a falsehood." 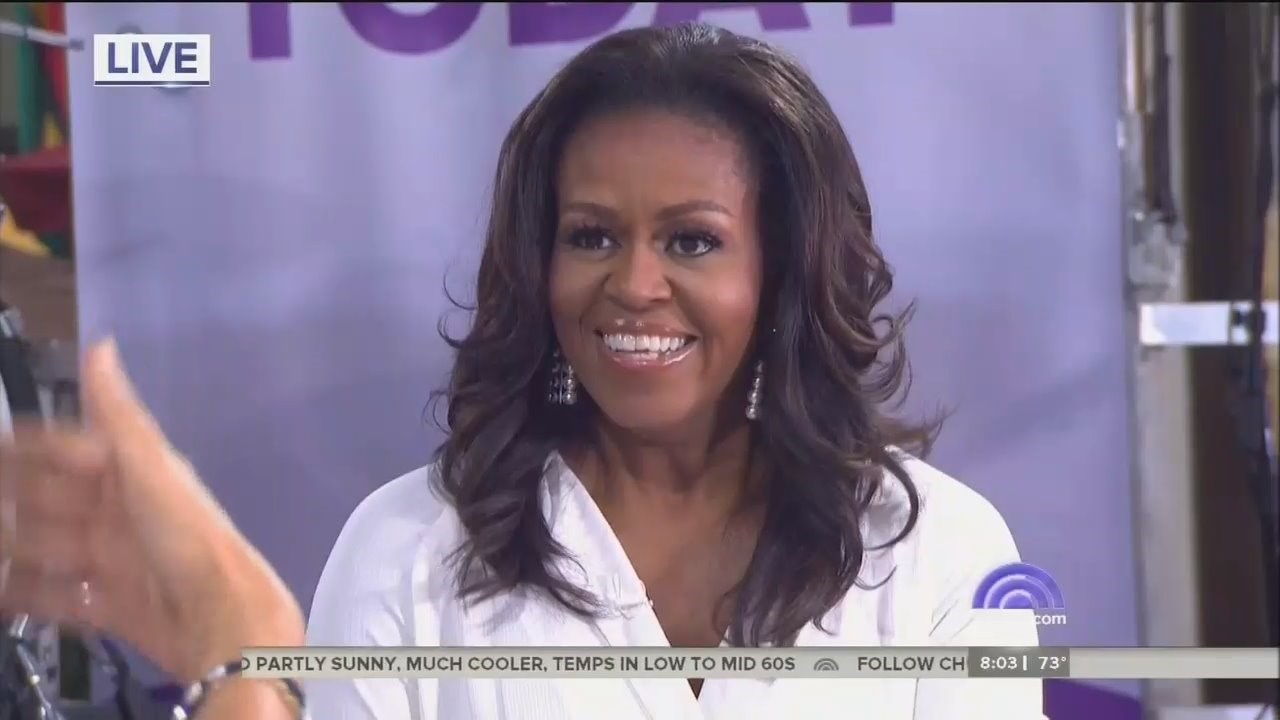 Meanwhile, Slevin's copy was so sugary it could give a reader a cavity. Michelle Obama is "feeling purposeful and invigorated" and "liberated" and "preparing for a mega-book tour unlike any book tour, well, ever." Mrs. Obama described the book in a "viral video -- 1.7 million views and counting" and in June, she "drew a standing ovation from 9,000 librarians in New Orleans."

Her book tour is going to arenas. "Demand was so intense she added second appearances in Washington and New York." In Dallas, "a part of the cheapest remaining seats at 20,000-seat American Airlines Arena cost $3,909, before tax."

Mrs. Obama doesn't have to brag. She has newspapers and TV networks to do it for her.

Slevin wrote the biography Michelle Obama: A Life, promoted as "An inspiring story of a modern American icon." This piece is basically a long press release.

Late in the article, a spokesman for Sen. Dean Heller (R-Nevada) questions the claim that Obama's voter-registration initiative is nonpartisan. And there's this: "Fox News commentator Tomi Lahren challenged her claims, ending with the comment, 'Sit down, Michelle.'”

Other than that, this is the parade of Obama staffers and superfans who are quoted:

-- Kate Frye, an "80-year-old seamstress," who wants Mrs.  Obama to run for president

And it ended with a quote from a crowd:

Yet the loudest cheers of the Las Vegas night came after someone shouted, “Run for president!” She turned back to her voting theme and said, “You know, we need you guys.”

Undeterred, the crowd erupted into a chant, “We need YOU! We need YOU!”

Slevin knows what happened here, as described on page 313 of his book: "For media access, [Michelle Obama's] White House aides most often chose outlets where the audience was desirable, the questions predictable, and the tone forgiving."

That's The Washington Post, for sure. They might not want to mount a high horse about toadyism.