Bob Woodward is giving one set of answers to "mainstream" media Trump-haters and something different to more conservative sources. Ian Schwartz at Real Clear Politics reported that on his radio show on Friday, Hugh Hewitt asked Woodward in all his investigations for his book Fear, did he find evidence of collusion in the 2016 campaign between Trump and the Russians? No. 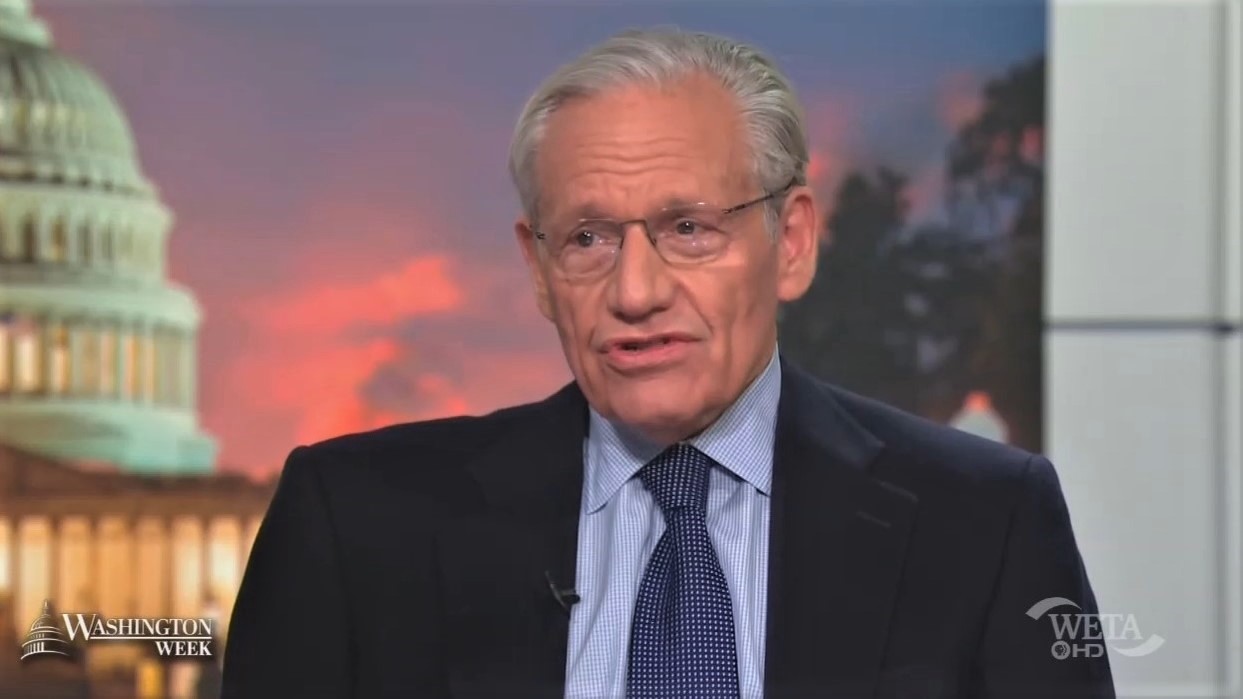 HUGH HEWITT: John Dowd firmly believes, the president’s former lawyer, that the special counsel, Bob Mueller, has nothing. There’s no collusion, there’s nothing. It’s all a play to get an 18 USC 1001 perjury trap, and that POTUS should never sit down. Is that a fair assessment of what John Dowd believes?

BOB WOODWARD: Oh, well, yeah, until we end. And finally, it, the point where Dowd resigns because he is convinced the president should not testify, Dowd concludes that Mueller had played him for a sucker, got all of the cooperation of 37 witnesses, a million pages-plus of campaign documents, 20,000 pages of White House documents. So in the end, as he says to the president, he said you were right. We can’t trust Mueller.

Hewitt insisted to Woodward that "Dowd got played badly," and Woodward said "Well, but he is the one who decided on the strategy – total cooperation.We’re going to let you, we’re opening the door completely. And some of the most sensitive material was given to Mueller. He was delighted to have it." And then Dowd concluded Mueller couldn't be trusted.

HEWITT: Set aside the Comey firing. Did you, Bob Woodward, hear anything in your research in your interviews that sounded like espionage or collusion?

WOODWARD: I did not, and of course, I looked for it, looked for it hard. And so you know, there we are. We’re going to see what Mueller has, and Dowd may be right. He has something that Dowd and the president don’t know about, a secret witness or somebody who has changed their testimony. As you know, that often happens, and that can break open or turn a case.

HEWITT: But you’ve seen no collusion?

WOODWARD: I have not.

Brent Scher of the Washington Free Beacon grabbed another piece of the Hewitt interview, where Woodward said

HEWITT: So I was out at the Aspen Security Forum, Bob Woodward, and Ali Shahabi, who is the head of the Arabia Institute, stood up and said the Iranians seized our sailors under President Obama. They won’t even come near your boats under Donald Trump. That’s true, isn’t it?

WOODWARD: Well, yes. And Trump has made it clear he’s going to be tough. If you look back on the Obama presidency, he just wasn’t tough enough. David Cameron, when he was British Prime Minister, I talked to him about Obama, and while Obama was president. And he said I like him, he’s so smart, but no one’s afraid of him. And you cannot operate in the world of Assad’s and Putin’s and you name the thugs around the world…

HEWITT: Khamenei, Assad, Putin. Those are the big three.

WOODWARD: Yeah, and you’ve got to be tough with these people.

This doesn't mean Woodward is changing his opinions. When Hewitt cracks that Woodward's book should be air-dropped on foreign embassies to scare them that Trump is unpredictable and a little crazy, Woodward spoke up for the Steady State caucus: "But you also have to manage. And this is a management disaster. And that’s why I say there is a nervous breakdown of the executive power."