Soopermexican at The Right Scoop reports MSNBC weekend host Joy Reid wrongly brought down Twitter rage on a woman who never yelled awful things at a Latino boy at a heated California meeting on immigration as accused, and Reid had to apologize.

Either Reid is not a discerning judge of tweets, or her Twitter assistant should be dismissed. Her retweet came from an account called "CuddleSweet," with a banner with the word "ORGASM" in capital letters at the top. This does not scream "trusted news source." 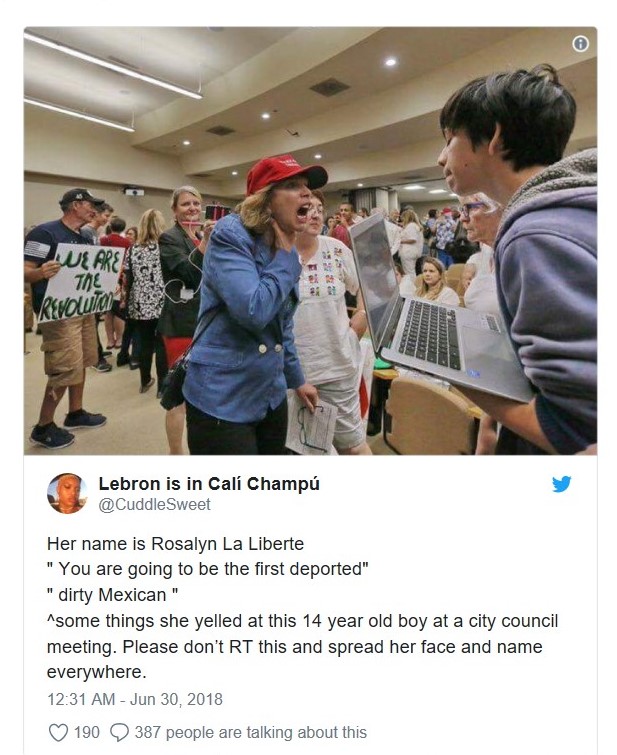 FoxLA.com reported the truth behind the image:

A photo taken by the Ventura County Star that's been making the social media rounds has become twisted as it churns its way through the internet. Activists have been spinning it in different directions. Some have even alerted companies doing business with Rosalyn La Liberte's contracting company that they should boycott her firm. In the photo she LOOKS like she's verbally attacking a 14-year old boy. Now, the two people in the photo are speaking out!

....During a recess in the meeting the teenager says he started a conversation with the woman to try and understand her feelings, “but, I felt like she was still trying to keep it civil which I appreciate .”

Both he and his mom say there were rude people saying ugly things like the teen would be the first to be deported. For the record, he was born and raised in this part of Southern California and he didn’t like that. But, he says, what you see in the photo isn’t a confrontation but a conversation.

La Liberte says, I never said anything disparaging. I never did.”

Unsurprisingly, enraged leftists started harassing her and her business suffered:

La Liberte and her husband tell us people have been calling their phone to harass her. She says the picture couple with the spread of social media has been incredibly damaging. First, she says, “I look like a monster. If I saw that i would be upset.” She says one of her clients has already dumped her because of the photo.

The teen says, I heard some people were boycotting this woman’s business. I don’t really want that… because she was being civil.”

When we first talked to her at her home she broke into tears because we told her what Luevanos told us about her “being civil”. She says, “I wasn’t really doing anything to him and everyone thought I was and that makes me really sad. It makes me really sad that I’m so vilified.

To that, Luevanos says “I don’t really want this upon her. She doesn’t deserve it because she was giving her opinion at a place where everyone should be able to say their piece.”

At least Reid admitted her error, and the error drew decent retweets: 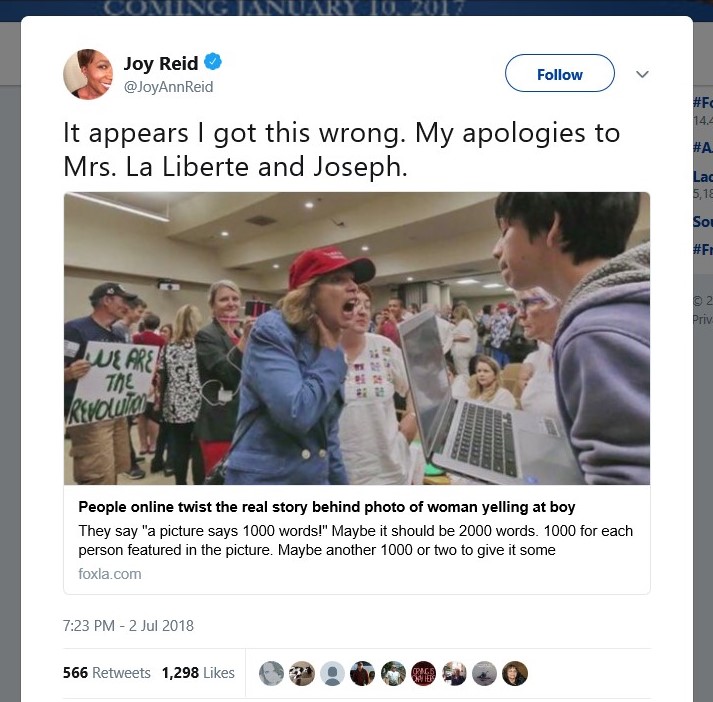