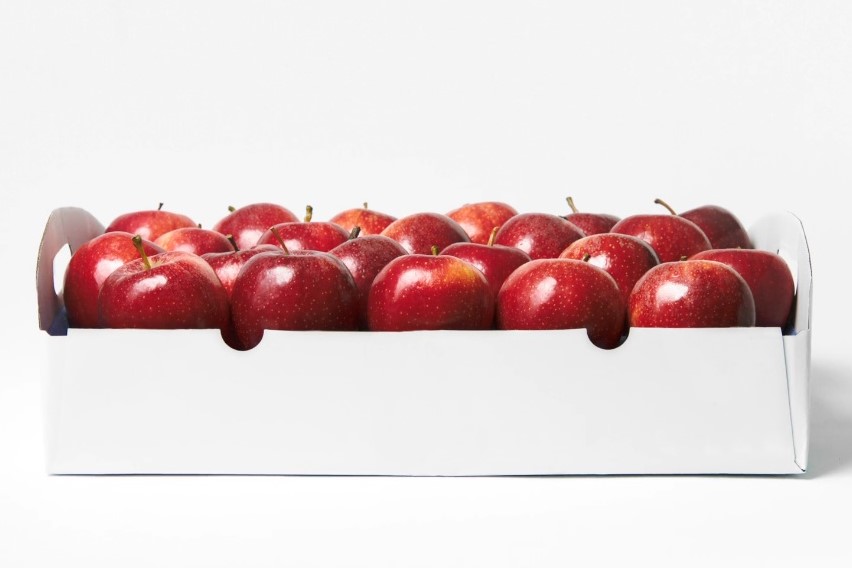 The latest Gallup/Knight Foundation poll on the media and democracy finds a substantial degree of skepticism about the press, despite all the fruity boasting about “Facts First” and $300 T-shirts insisting “Truth” is “more important than ever.”

We might suggest that political news may seem awfully biased, but that's not 60 percent of what "news" is, especially on TV. There's lots of human-interest stories and celebrity fluff which doesn't really touch on politics.

There’s a difference between bias and inaccuracy, but the numbers aren’t much better on accuracy. Americans tend to think the majority of news reporting is accurate, but they still believe about 44 percent is inaccurate. They guessed 64 percent of news on social media is inaccurate. All this means people are telling pollsters they're not easily suckered.

This poll might be a little inexact, in that we all receive “news” that everyone knows has plenty of opinion in it. Cable news of all stripes avoids neutrality in the Trump era, and radio – whether it’s talk radio or public radio, usually comes with a heavy spin. Where people might expect more of an adherence to the old norm of “objectivity” or “balance” – in major newspapers or broadcast TV networks – well, that’s where branding still makes a difference.

The new poll asked about the perception of bias at a set of media outlets. At the top of the list of “Not Biased at All” or “Not Very Biased” was PBS (48 percent) and NPR (38 percent). Only 17 percent said PBS was “very biased” or “extremely biased,” and only 26 percent picked those for NPR.

Conservatives who spend any time with public broadcasting know that’s not an accurate perception, but many Americans presume a “public” broadcaster isn’t where you go for “hot talk” and screaming debate. PBS and NPR avoid that perception by hiring pseudo-conservatives like David Brooks for occasional “balance” that won’t rock the liberal boat.

The real ardor and division can be seen in cable news. People picked the F of “extremely biased” for CNN (33 percent), MSNBC (31 percent) and Fox (46 percent). Their “not biased’ ratings were very low: CNN at 7 percent, and MSNBC and Fox at 4.

In most of these cases, the liberals were much more trusting of “Old Media” outlets than the conservatives. Liberals only saw Fox News and Breitbart as overwhelmingly biased, while conservatives saw almost everything poorly portrayed as “mainstream” as seriously slanted. 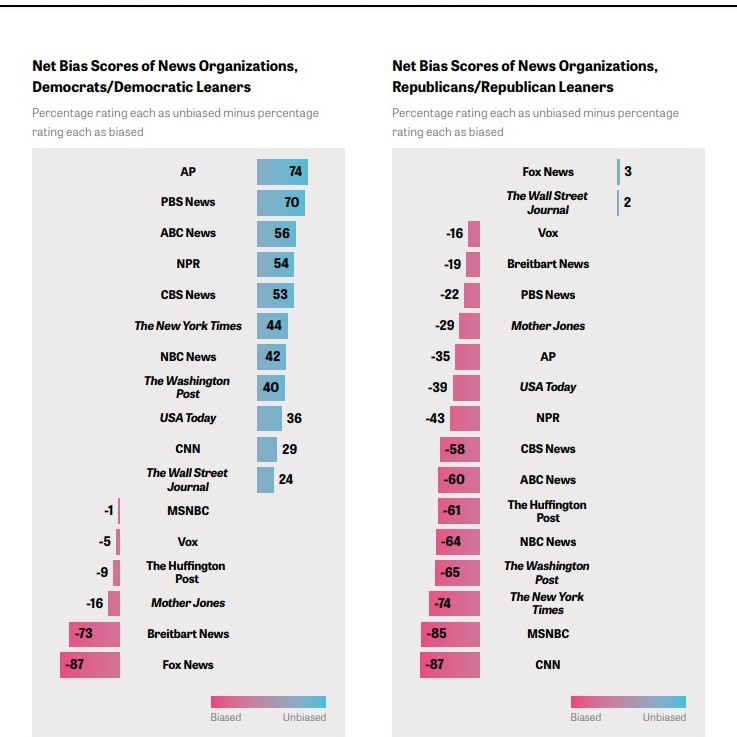 Washington Post media reporter Paul Farhi cast doubt on these findings, suggesting the pollsters ought to ask  "When was the last time you read/saw any of the publications or networks you think are biased?” That’s an interesting point. But the media’s pollsters don’t question the people’s knowledge when they’re judging politicians instead of journalists.

Farhi also tweeted “Do people know enough to second-guess their doctors, plumbers, electricians, car mechanics, generals or other professionals who've studied and trained? How'd they get so much smarter than journalists?”

Let’s turn that around: How’d journalists get so much smarter than doctors and generals? Why do journalists get to judge everyone else as if only they are the omniscient experts?