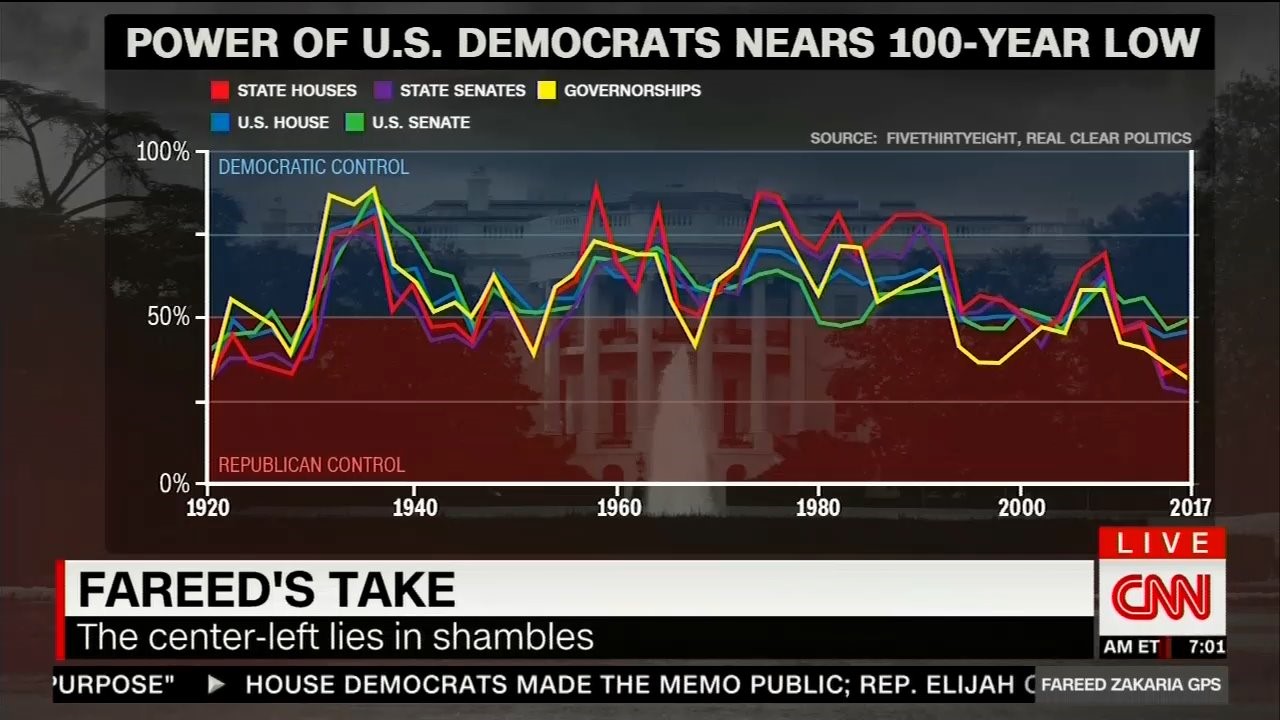 It's not surprising that PolitiFact would rule that a CNN host was "True." But it was surprising that Fareed Zakaria's "True" statement was "Yes, the Democratic Party is at nearly its weakest point in a century." So why is that a surprise? Because our liberal media has this amazing tendency to spend all its political-pundit time discussing the terrible shape the Republican Party is in.

"Over the last decade the center left has been destroyed electorally across the West.Unless Democrats face up to this reality and devise a strategy to reverse this tidal wave of defeat, they might find themselves surprised one more time this November," Zakaria proclaimed on his opening commentary on June 10. "When you tally up their representation in Congress, state legislatures and governorships, the Democrats almost have their lowest representation in about 100 years."

Under the RCP index, we found three historical instances where Democrats held a weaker position, relative to Republicans, than they did following the 2016 election: in 1920, 1926 and 1928.

Given Zakaria’s hedging — he said Democrats almost have their lowest representation in about 100 years — we think his claim passes muster.

It doesn't look so bad in the Senate (where Republican have a narrow 51-seat majority) and the number of House Democrats has been lower than the current 193. But it's tougher out in the states, where the R's lead the D's in governorships 33 to 16 (Alaska has an independent). And state legislatures?

John Mahoney, a policy specialist at the National Conference of State Legislatures, said it was accurate to say Democrats are at near-historical lows in this arena.

"There are currently 3,125 Ds serving in state legislatures, which is the lowest since 1928 when there were 3,057 Ds serving," Mahoney said. 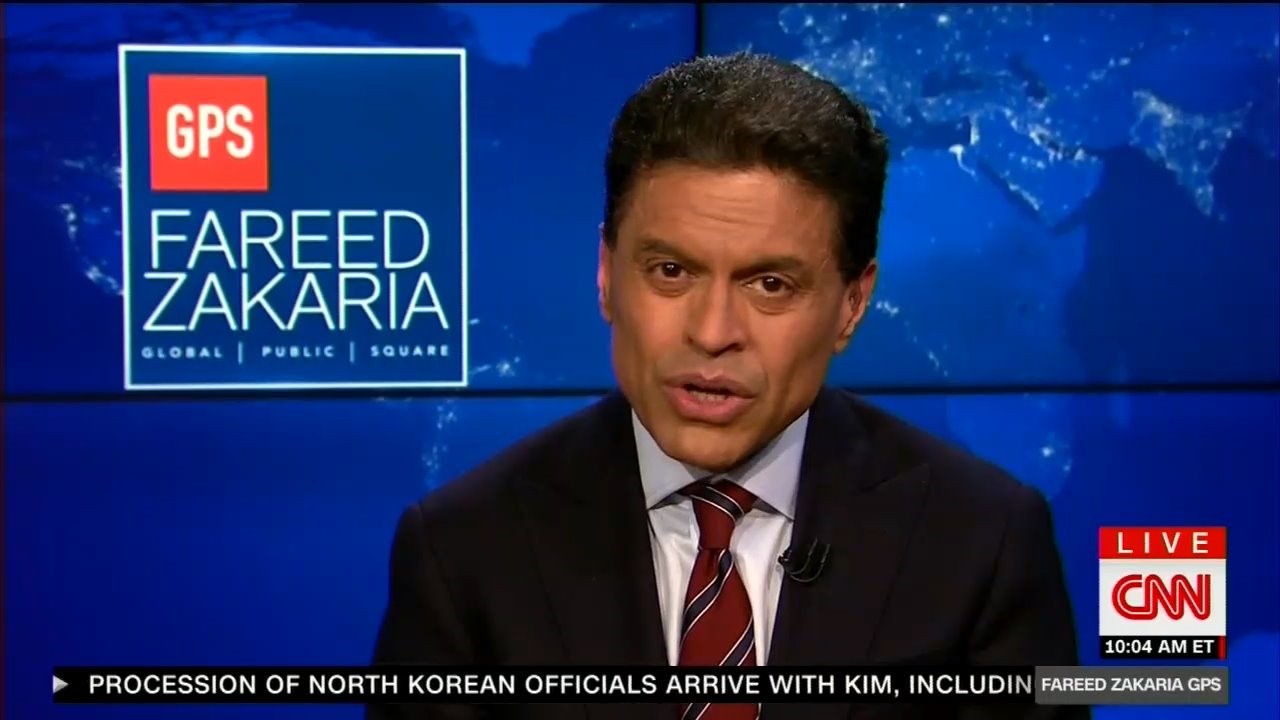 Someone at Politifact (or a tipster) must have thought these facts must have been wrong.

But Zakaria is hoping for a resurgence on the left, concluding: "The left has always been about a hopeful vision of the future, one in which everyone prospers. But when a large part of the public is fearful and pessimistic, and nostalgic for a world gone by, offering hope becomes a hard sell."

We have rated this PolitiFact "fact check" as The Real Deal. For similar analyses, please visit our Fact-Checking the Fact-Checkers site.