As the networks covered the Supreme Court victory of Christian baker Jack Phillips, and he calmly explained that he wanted the right to refuse to make cakes with messages he could not support, I wondered: Shouldn't the TV networks understand the freedom he was discussing? Did both ABC and NBC have to lecture him it resembled segregationism? After all, as private businesses, the networks are allowed to refuse to air messages they don't want to support. 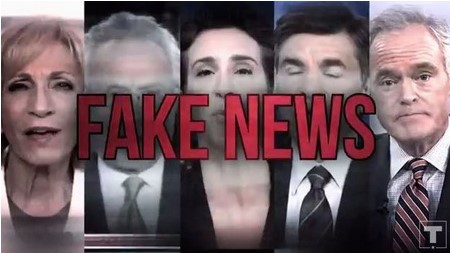 In May of 2017, the networks refused to run a Trump ad promoting the president's achievements at the 100-day mark and denouncing “fake news” that included a picture of network anchors…

Last week, CNN brought on defense attorney Brian Claypool to say a cake baker has no First Amendment rights (when decorating cakes): "The first issue that I talk about is whether baking a cake is even protected by the First Amendment. We haven't even talked about that. You know, I would argue as a civil rights lawyer, too, that it is not. The reason why is these bakers have a right to go out and protest."

In January of 2016, ABC would not run ads for the the lesbian-romance film Carol. ABC (whose parent company is Disney) requested that the film’s distributor, The Weinstein Company, “provide more coverage on” the film’s stars, Cate Blanchett and Rooney Mara. Was this homophobic?

In October of 2015, CBS refused to run ads for the movie Truth, which lionized Dan Rather. The reason was obvious. They knew the film made CBS look bad, and that it bizarrely tried to make Rather look good.

In August of 2010, MSNBC rejected a TV ad calling for a boycott of Target Corp. over a political donation in Minnesota. Target had donated $150,000 to a PAC supporting Republican gubernatorial candidate Tom Emmer. MSNBC spokeswoman Alana Russo said the commercial submitted by the liberal group MoveOn.org violated its advertising policy by directly attacking an individual business.