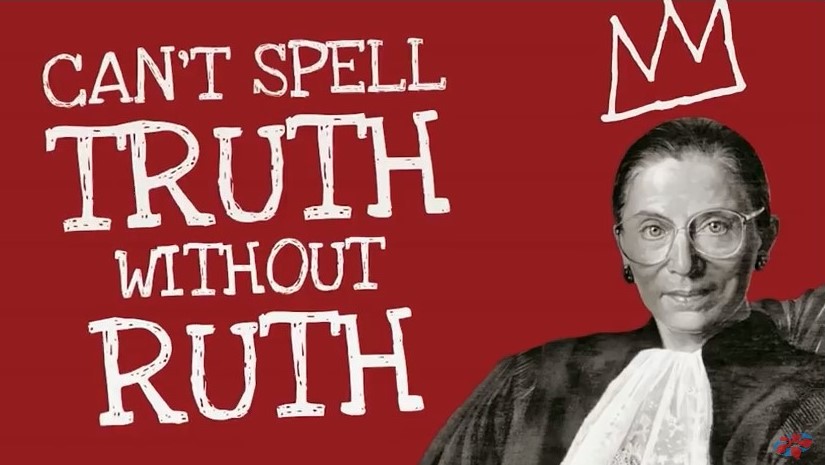 Washington Post chief film critic Ann Hornaday demonstrated a little too much feminist enthusiasm in her Friday article in the Style section. The headline was “And the summer box office’s big winner is . . . Ruth Bader Ginsburg?” CNN Films made a gushy Ginsburg documentary called RBG that has grossed two million dollars. Somehow, that makes her comparable to an Avengers movie.

Hornaday argued “as the official summer movie season gets underway in earnest, it’s quite possible that each of these boys-and-their-toys adventures will be outperformed — at least proportionately — by a little documentary that is emerging as an early sleeper hit.” A box-office analyst claimed “For the documentaries to hit $1 million, it’s like a regular film hitting $100 million.” Well, so far, RBG ranks 90th among documentaries in box-office receipts, so Hornaday might want to pace herself.

RBG, an absorbing, endearing film about Supreme Court Associate Justice Ruth Bader Ginsburg, is punching far above its weight at the box office, becoming just as much an unexpected phenom as its subject. Last week, the CNN-produced film, by Julie Cohen and Betsy West, managed to earn a spot on the top 10 best-performing movies, earning more than $1 million at the box office and bringing its current total to more than $2 million. “It’s almost unheard of to see a [documentary] perform this well in summer blockbuster season,” Exhibitor Relations analyst Jeff Bock told Variety’s Rebecca Rubin….

The subtitle for that Variety article, by the way, was “How Ruth Bader Ginsburg Became a Summer Box Office Avenger” — entirely in keeping with the venerated jurist’s late-blooming career as pop culture icon and ubiquitous meme. While the boys of summer out-blast, out-quip and out-cool each other in desperate attempts to create and elaborate on their fictional legends, Ginsburg is proving that real-life legends need no posturing, preening or pyrotechnics to earn their cred. A few lace collars and biceps curls will suffice.

Hornaday even tries to suggest that somehow Ginsburg is far beyond partisan rancor. Let's not forget her harsh words for President Trump.  As in "He's a faker.....How has he gotten away with not turning over his tax returns? The press seems to be very gentle with him on that." That sounds like a Democrat partisan. 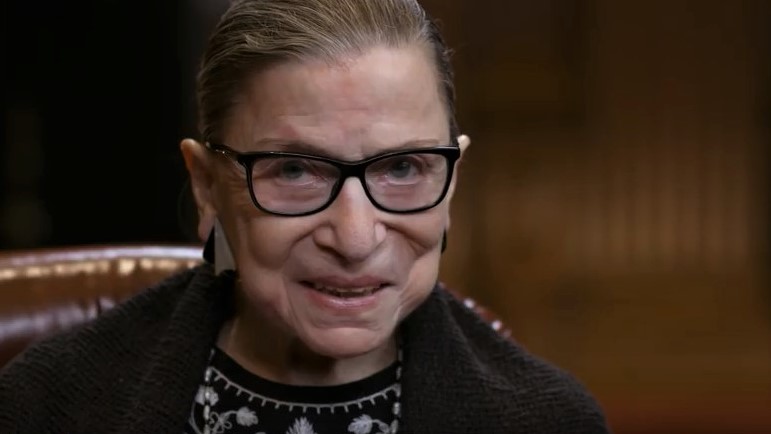 The reasons for RBG’s success are no doubt historically and culturally specific: In an era of weaponized partisan rancor, the diminutive, fiercely resilient Ginsburg is that rare transcendent figure who personifies personal integrity and grace. (Her longtime friendship with ideological rival Antonin Scalia is celebrated in the film.)

And she’s part of a generation of women — including Madeleine Albright, Elizabeth Warren, the late Barbara Bush and Maxine Waters [?] — who are being rediscovered by millennials and Gen-Zers as avatars of candor, principle and steadfastness worthy of admiration, whether by way of tattoos (Ginsburg has inspired a few) or viral hashtags.

That’s no doubt why RBG proved such a hit over Mother’s Day weekend, as older women, their daughter and granddaughters flocked to their local art houses to cheer Ginsburg on as she pursued a law career — with the enthusiastic support of her husband, Marty, who died in 2010.

Hornaday likes that love story and "Ginsburg’s germinal work in feminist civil rights law is utterly fascinating," despite Ginsburg's "famous shyness." Hornaday concluded that older women can show power at the box office. "The male gaze that still largely defines and decides what Hollywood is interested in might render women invisible, but it’s to the industry’s detriment. Films like RBG and, quite possibly, Book Club [a comedy starring four actresses aged 65 to 80], will continue to prove how self-defeating sexist myopia can be."