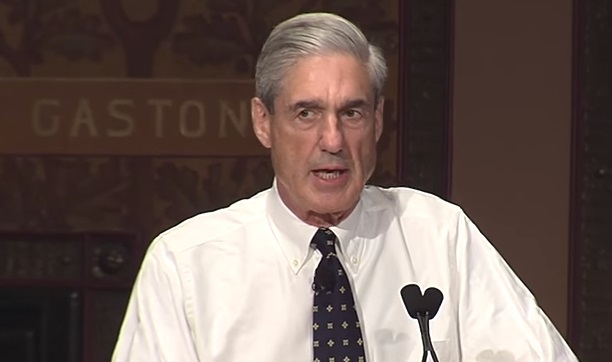 On Tuesday morning at 7 am, CBSNews.com reported a new poll result about Robert Mueller: "A year into the special counsel investigation into Russian involvement in the 2016 elections, a slight majority of Americans thinks the investigation is politically motivated. Fifty-three percent say so, while 44 percent think the investigation is justified."

A majority of Americans think the Mueller probe is political, and not justified? CBS paid for the poll, but failed to report it on television. Guess where you could find that result on television? On Fox News on Tuesday night. Sean Hannity had it:

Now, according to NewsBusters, get this, CBS, NBC spent a combined 30 seconds on the recent beat-down last Friday of the special counsel investigation from a federal judge. And meanwhile, President Trump's poll numbers, they're rising. This despite a NewsBusters study showing that network news broadcasts in this country featured negative stories about the president 90 percent of the time. Wow.

And you can see why they might conclude that. The Democratic Party seems to be agreeing with that interpretation and adding to it. Recent fund- raising emails from the Democratic Congressional Campaign Committee have lied about the investigation itself. They have claimed that if the party can collect 1 million signatures, it will somehow force President Trump to give testimony to Mueller's investigators because that's how it works.

Among Republicans and independents, Mueller is losing. CBS did report a poll on Tuesday morning. But it was a CNN poll: