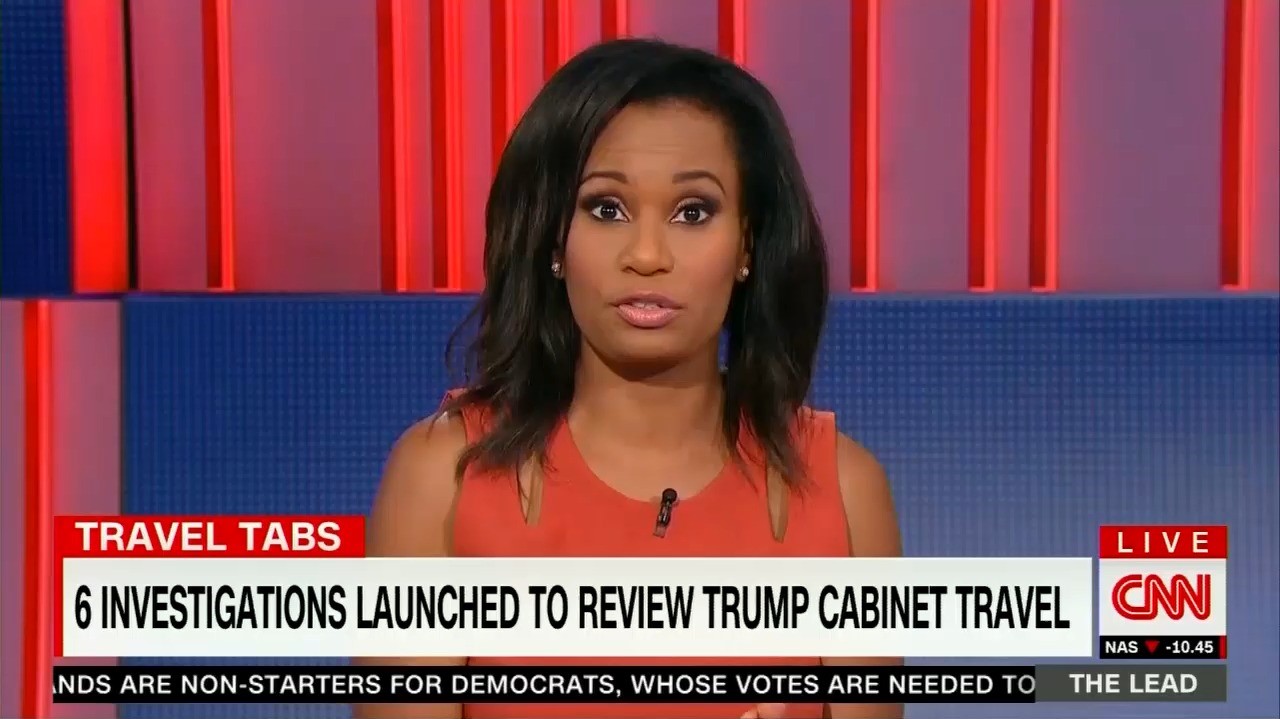 Chris D'Angelo of The Huffington Post dug into internal Interior Department emails to report that Heather Swift, the press secretary for the Interior Department, “labeled a CNN reporter with a vulgar insult after being pressed to answer questions about Secretary Ryan Zinke’s travel.” Swift was emailing to one of her colleagues.

“Rene is a fucking idiot,” Heather Swift wrote to one of her colleagues, referring to CNN correspondent René Marsh. “She sounds like one,” responded deputy director of communications Russell Newell.

“I was about to send this to Rene but I’ll send to you instead and maybe it will make me feel better,” Newell wrote to Swift. “Just had to get it off my chest. The double standard is nauseating.”

If you look at the actual email they featured, you can see Newell’s complaint that he wanted to send to CNN:

I’m curious whether you ever asked these types of questions to [Obama Interior Secretaries Sally] Jewell or [Ken] Salazar – about how they traveled and whether they took charters or spoke at political events, or had spouses participate in any events with them. I don’t recall the same level of concern about how they spent the taxpayer’s [sic] dollars or the public’s right to know about their travel. Have you ever bothered to learn about their travel to try and provide some context, or do you care?

This is easily answered with a check of the Nexis database of CNN transcripts. Marsh joined CNN in 2012, and Jewell was Interior Secretary for almost all of Obama's second term. There are only 12 mentions of Jewell in the last five years...and most of them were then-CNN host Jane Velez-Mitchell roasting Jewell from the Left for the government's treatment of wild horses and wolves on public land. Marsh never reported on Jewell's ethics or travel. This was a hot topic on CNN right after HHS Secretary Tom Price resigned for being careless with jet travel.

But Marsh did report a number on The Lead with Jake Tapper on October 9:

MARSH: Well, the Interior Department has pushed back, saying past secretaries have used private planes and government jets. In fact, they handed over details on that to a congressional committee currently looking into Cabinet travel across government.

The documents show that nearly $1 million was spent on noncommercial travel for interior secretaries under the Obama administration during a seven-year period. That would include travel on both chartered planes, as well as the Interior Department's planes. But, you know, some would say that it's not apples to apples, that that number is for a seven-year period.

That's accurate if "doing her job" is to employ a double standard to question the ethics of President Trump's cabinet officials. It appears that at CNN, the precious use of taxpayer money and the right to know and entirely dependent on which party is in the White House.

If you'd like to see vulgar insults published BY the Huffington Post, you could always see my old report on "Huffington's House of Horrors."