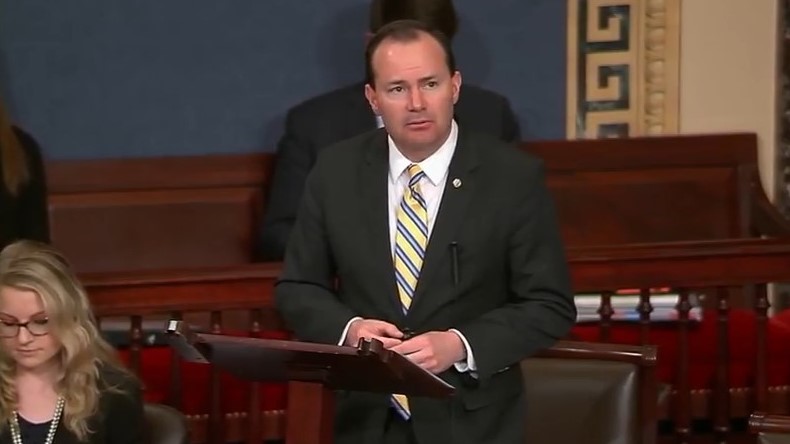 The Wall Street Journal editorial board is known as a voice for conservatism, but that doesn't mean it's always fair to conservatives. Today's paper carries an editorial titled "The Senate's Iran Helpers," and that singles out liberal Senators Bernie Sanders and Chris Murphy, as well as conservative Sen. Mike Lee. They have a resolution “to direct the removal of United States Armed Forces from hostilities in the Republic of Yemen that have not been authorized by Congress.”

The Journal lectures Sen. Lee to review his "pocket Constitution" on the separation of powers, and really gets rough at the end, suggesting Lee's resolution is a "gratuitous gift to Iran."

Passing the resolution would also needlessly insult Saudi Crown Prince Mohammed bin Salman, the 32-year-old leader who is visiting the U.S. this week to expand U.S.-Saudi ties and promote his unprecedented reforms. The Saudis are crucial antiterror allies, and Prince Salman is trying to diminish the influence of radical Salafist imams at home.... Senate leaders ought to shelve the Sanders-Lee-Murphy attempt to hamstring U.S. Middle East policy as the gratuitous gift to Iran it would be.

So if the Journal is so concerned about "needlessly insulted" crucial allies, why would a conservative capitalist editorial board rip into a Tea Party Senator as a coddler of our enemies? Shouldn't conservatives have a more civil disagreement?

At the same time, the Journal published an op-ed titled "The Saudis Take on Radical Islam"...by the Saudis. Shouldn't they just sell the Saudis advertising space? Adel al-Toraifi, who “was Saudi minister of culture and information, 2015-17,” gushed "Crown Prince Mohammed bin Salman hadn’t been born, but he is fighting the ghosts of 1979 as he dramatically reforms the kingdom."

In their terms, the Journal could write about itself as "The Media's Saudi Helpers."

There is a move to curtail radical Islam, and it should be noted that American policy has long been soft on the Saudis in their hostility to Jews and Christians. Last month, religious-freedom expert Nina Shea laid out what has happened, and what the Saudis should be fixing in the Saudi school books: