To offer a corporate tribute to  a national school walkout for gun-control measures, Viacom -- which owns several major cable networks -- "will suspend regularly scheduled programming for 17 minutes" at 10 am on Wednesday. Liberal student activists will take over MTV's Facebook, Instagram and Snapchat accounts. MTV, VH1, Logo, Comedy Central will have orange (the color of gun violence prevention) logos until the "March for Our Lives" on March 24.

Their press release is headlined "Viacom to Support Courageous Youth Activists Who Have Had Enough of Gun Violence." Or one could suggest "Viacom to Stick It to the NRA." 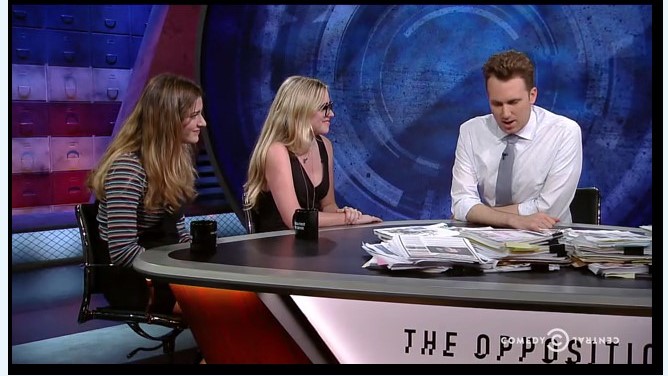 Viacom and its brands have a long history of supporting young people’s movements around the world, and today the company is extending that tradition by leveraging its substantial multi-platform footprint to support these extraordinary individuals and amplify the reach and impact of their activism.

This series of efforts across MTV, BET, Nickelodeon, Paramount Network, Comedy Central, TV Land, CMT and other properties will include partnerships with a coalition of organizations and students that are working to make America’s schools safer and reduce gun violence.

In addition, Shari Redstone, Vice Chair of Viacom’s Board, is personally championing the work of the student activists, contributing time and resources, including a $500,000 donation, to the March For Our Lives movement.

“This generation continues to be the driving force for change,” said Viacom Executive Vice President of Global Inclusion Marva Smalls. “With more than 17 young people dying from gun violence every single day, unfortunately no community is safe. We believe it’s critical to support the inspiring efforts of our youth, who are literally fighting for their lives. Viacom also has a responsibility to our audiences to do everything we can to elevate the many brave and bold activists to help them extend the reach and impact of their voices in this important movement.”

Viacom added that its nightly fake-news shows The Daily Show with Trevor Noah and The Opposition with Jordan Klepper will "continue its ongoing coverage of the growing anti-gun violence movement in the country." Nickelodeon’s Kids’ Choice Awards, which airs the night of the march, "will acknowledge the march for its audience of millions."

There's nothing in the corporate publicity packet about a moment of silence to mourn the decades of MTV and BET airing gangsta-rap videos glamorizing violence with guns.