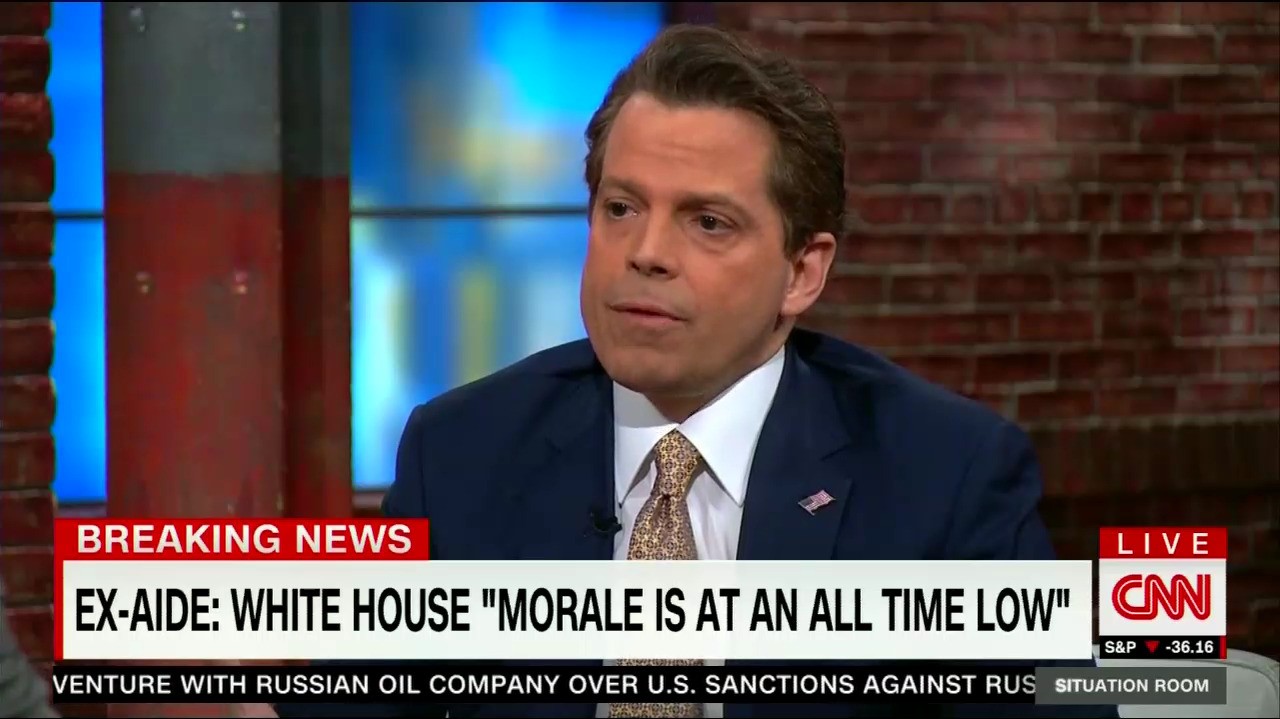 CNN loves to host entire hours devoted to a “WHITE HOUSE IN CRISIS” and touting their latest poll on Trump’s unpopularity. On Thursday, they pushed out Anthony Scaramucci insisting "MORALE IS AT AN ALL-TIME LOW." But maybe CNN should wonder if the screen ought to read “CNN IN CRISIS?” Where is their morale when they look at the ratings? Mark Joyella at Forbes reports on the latest monthly ratings:

CNN had significant declines in February, with ratings dropping 19% in total day and 16% in prime, where the network returned an average audience of 979,000 total viewers -- behind MSNBC (1.805 million) and Fox News (2.766 million).

By contrast, Fox News host Sean Hannity topped the ratings list again (for the fifth month in a row) with an average audience of 3.3 million viewers. Tucker Carlson came in second with 3.144 million, and MSNBC’s Rachel Maddow came in third. “In the advertiser-coveted demographic of viewers 25-54, Hannity led (711,000) followed by Carlson (650,000) and Maddow (641,000).” Fox News had four of the top five cable-news shows with The Ingraham Angle in fourth and Special Report with Bret Baier in fifth.

Overall, Fox News had fifteen of the top 20 cable-news shows. The other five were on MSNBC. CNN didn’t show up until Anderson Cooper 360 at number 24.

CNN gushes every hour over which Trump administration official is going to leave next, but no one seems to be wondering which CNN host needs to be dumped for low ratings.