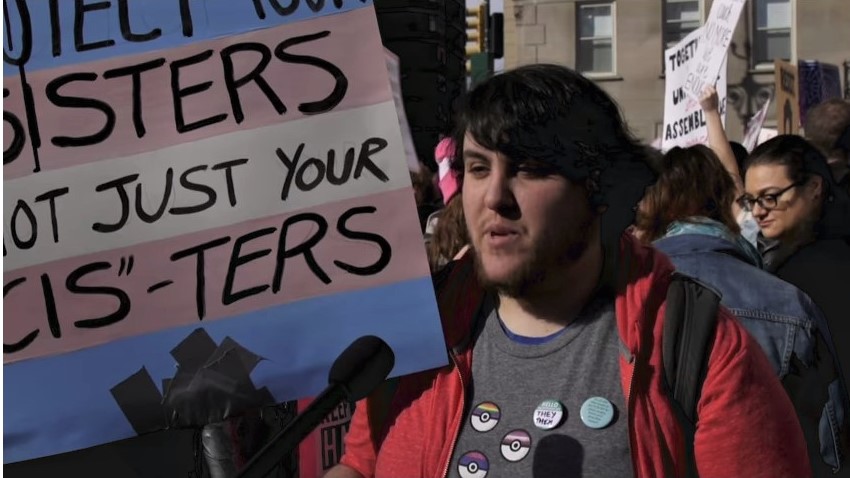 Taxpayer-supported radio and TV showed the same pattern of liberal favoritism as the commercial TV newscasts, devoting more attention to the feminist Left over the weekend than to the pro-life conservatives. From Friday through Sunday, NPR's newscasts devoted 10 minutes and five seconds to the annual March for Life. But the second annual Women's March and a celebration of abortion activists before Roe vs. Wade drew 53 minutes and 52 seconds, more than five times as much attention.

Overall the morning shows offered more Women's March coverage (24 minutes, 13 seconds) than the March for Life (seven minutes, 25 seconds). I left out a five-minute segment with a Women's Marcher and her Trump supporter friend, since the March wasn't discussed beyond the introduction.

There was a larger imbalance during All Things Considered in the evening. On Friday night, they aired a perfunctory story on the pro-life march and Trump's speech (2 minutes, 40 seconds). But in the same program, they aired almost four minutes on the upcoming Women's March by Leila Fadel, and the piece de #resistance -- a 12-minute glorification of Chicago's "Jane Collective," which provided illegal abortions (without any medical qualifications) for a few years before Roe v. Wade.

NPR offered only a 16-second brief on the Women's March on Saturday night, but made up for that on Sunday night, with two segments totaling thirteen minutes and 14 seconds. So the evening disparity was 2:40 for the pro-lifers, 29:39 for the feminist Left.

The same pattern – with smaller air-time totals – happened on the PBS NewsHour. On Friday night, PBS anchor Judy Woodruff offered a 70-second anchor brief with a soundbite of President Trump speaking to “anti-abortion activists” from the Rose Garden.

“Today marked the 45th annual March for Life in Washington. Thousands of anti-abortion activists marched through the streets of the capital, carrying signs and chanting pro-life slogans,” Woodruff reported. “The Trump administration used this day to take two more steps today in its anti-abortion fight.”

But PBS aired two full reports, one each on Saturday night and Sunday night, adding up to five minutes and 34 seconds of coverage of the Women’s March, almost five times as much coverage.

On Saturday, reporter Megan Thompson played up the size: “New York’s march was one of around 250 events in the U.S and around the world. In Rome, hundreds gathered to show support for the movement. And here in the U.S., protesters converged from coast to coast, in Los Angeles, Dallas, Denver and Washington, DC.”

On Sunday, weekend anchor Hari Sreenivasan gushed “Las Vegas is the site of today’s massive women’s rally dubbed ‘Power to the Polls.’ Organizers say they want to turn the energy and activism from the women’s marches into action at the voting booth.”