It’s astonishing that the same people who think Donald Trump exaggerates things out of proportion can happily promote a forthcoming Senate floor speech making the assertion that Trump is comparable to Josef Stalin, a mass-murdering totalitarian. But that’s just what happened Sunday night on Kasie Hunt’s MSNBC show. She blithely introduced an interview: “He gave me a preview comparing the president’s words to dictators past.”

SEN. JEFF FLAKE: I talk about in the speech the importance of calling real things real and fake things fake. And how damaging it is to have this term fake news around the world that authoritarians everywhere have adopted it and will dismiss their opposition. Well, that's fake news or legitimate grievance or protest. That's fake news.

KASIE HUNT: Do you think the term fake news is un-American?

FLAKE: Well,  I don't think it's helpful to our discourse, I really don’t.

The term “enemy of the people” does have a Soviet echo to it, so we prefer calling the liberal media the “opposition party.” Their donations, their voting records, and most obviously their journalism underline that term. Accusing the press of fake news is "un-American" but comparing the president to a Soviet dictator is the opposite?

How does calling reporters “the enemy of the people” compare on the civility scale to calling the president “Stalin” or “Hitler”? That’s a far harsher accusation. But reporters like Hunt – who claim to hate “fake news” and favor “civil discourse,” just allow this incendiary rhetoric as fair game: 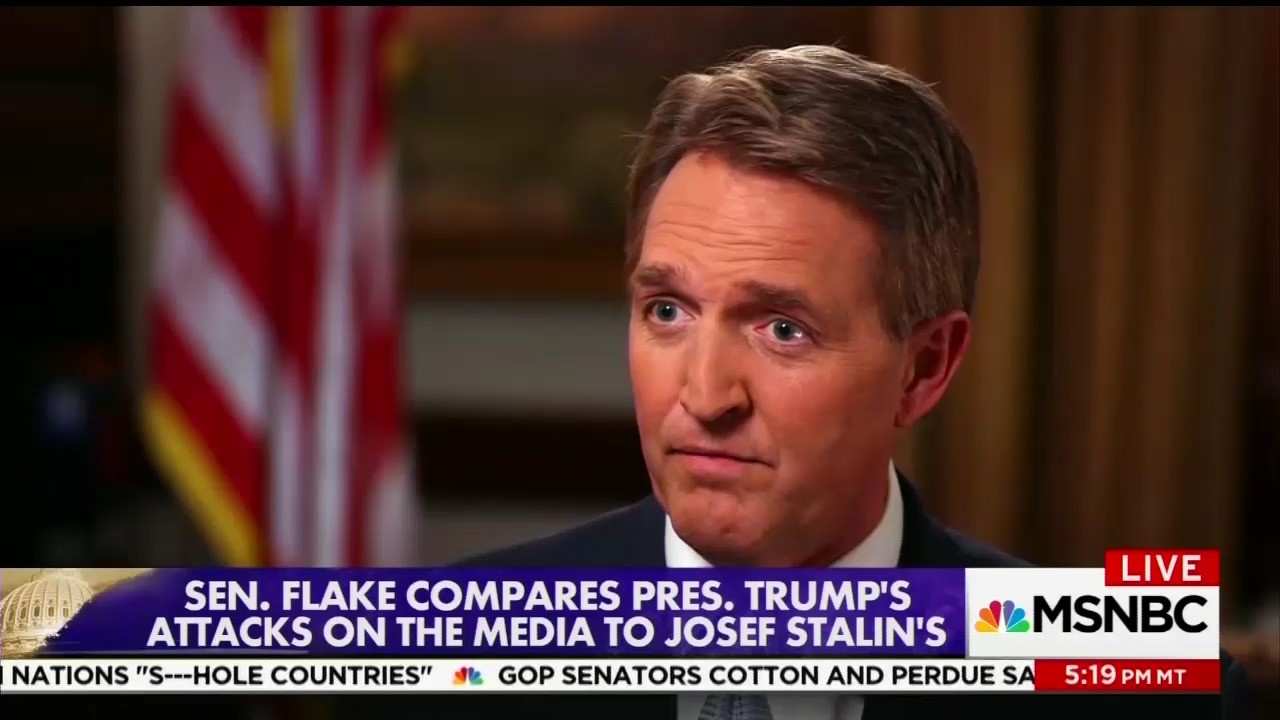 HUNT: You compare, in the speech, president trump to Josef Stalin by calling the free press the enemy of the people.

FLAKE: I'm saying he borrowed that phrase. It was popularized by Josef Stalin, used by Mao as well. Enemy of the people. It should be noted that Nikita Khrushchev who followed Stalin, forbade its use saying that was too loaded and maligned a whole group or class of people, and it shouldn't be done. I don't think that we should be using a phrase that's been rejected as too loaded by a Soviet dictator.

HUNT: Are you calling the president a liar?

So....it’s beyond the pale to call Trump a “liar,” but it’s accurate and appropriate to compare him to Stalin?

GAYLE KING: One of the President’s Republican critics plans to speak on the Senate floor on Wednesday to compare him to former Soviet leader Joseph Stalin. Arizona Senator Jeff Flake is retiring at the end of the year. He's expected to call out the President for on his attacks on the news media. An excerpt of the speech says, quote, “It is a testament to the condition of our democracy that our own president uses words infamously describes by Joseph Stalin to describe his own enemies. This alone should be a source of great shame for us in this body especially for those of us in the President's party.” Now, the White House has not responded to our request for comment about the speech. 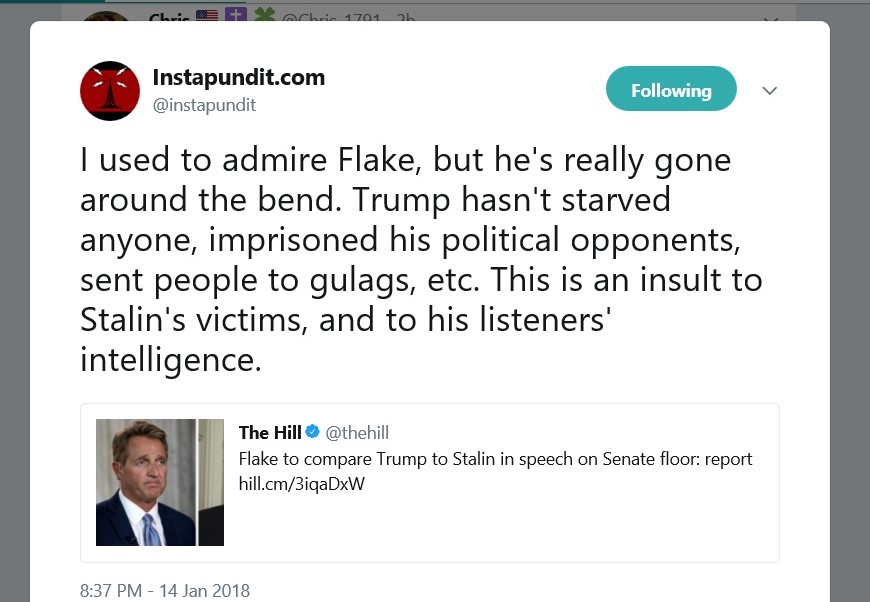