Craig Silverman at BuzzFeed is alarmed at a new liberal survey: “The presidency of Donald Trump has caused Democrats to experience a surge in confidence in the press at the same time that Republicans and Trump supporters are expressing more extreme, negative views of the media.”

The survey by Dartmouth professor Brendan Nyhan (a contributor to the New York Times blog “The Upshot”) and two co-authors was the first Poynter Media Trust Survey, funded by the Poynter Institute and a grant from the Craig Newmark Philanthropies. (Newmark, who founded Craigslist, has donated to the presidential campaigns of Kerry, Obama, and Hillary Clinton.)

The representative survey of 2,100 American adults conducted by YouGov in November found that 74% of respondents who identify as Democrats, or who lean Democratic, have “a great deal” (19%) or “a fair amount” (55%) of confidence in the media. A poll taken in September 2016 asked the same question and found that 51% of Democrats expressed the same level of support, meaning that their confidence has increased 23 percentage points in just one year….

Meanwhile, just 19% of respondents who identified as Republicans, or who lean Republican, expressed “a great deal” or “a fair amount” of confidence in the media.

“Democrats still do not love the press — only 19 percent express ‘a great deal’ of trust and confidence — but they are far more positive than in the past,” Nyhan said. “We interpret this increase as reflecting a recognition of the role of the media in holding an opposition president accountable, especially when his party controls both chambers of Congress.” 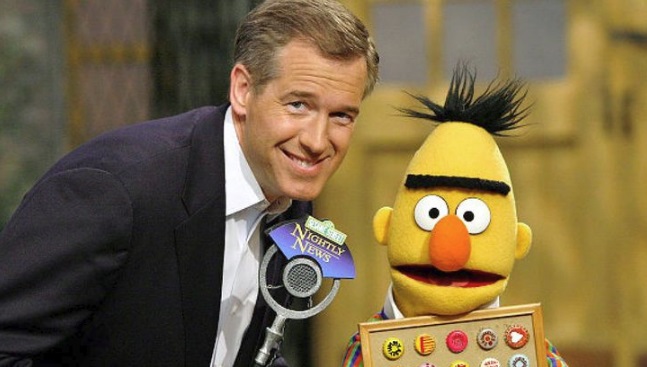 Nice “interpretation,” professor. It can also be interpreted as the Democrats recognize the importance of the media in promoting the success of the Democratic Party in a Republican-majority government. Is it impossible to deduce that increasingly polarized opinions about the media might naturally flow from increasingly polarized reporting that reflects fear and loathing of President Trump?

From Brian Williams to Brian Ross, conservatives and Republicans have witnessed some of the least fair and accurate coverage emerging from the media's liberal biases. Having a daily knowledge of media content leads to informed (and polarized) opinion.

BuzzFeed was most alarmed at a question about whether the media was the “enemy of the American people.”

Nyhan said responses to these survey questions don’t indicate whether individual respondents would, for example, like to see reporters jailed. “It’s important not to get too hyper-literal about what they mean, but it’s certainly concerning that they are even willing to say [the press is the enemy of the people] and indicate it in a survey,” he said.

Overall more Americans endorsed these “extreme” positions than the researchers had expected.

“Most disturbingly, one in four Americans (25%) endorses draconian limitations on press freedom” that would give government officials the right to stop a media outlet from publishing a story, the researchers found.

We've insisted that "enemy of the American people" is too extreme. But "enemies of Donald Trump" is certainly accurate. If you think everything President Trump wants to do will Make America Great Again, then you can see that logical leap. But who are the media to complain? Did they do a survey when Keith Olbermann compared Fox News as worse than al-Qaeda? Are they upset when Democratic pundits compare the GOP tax cuts to a "rape"? Extreme language is very prevalent on the Left.