The Koch brothers might be part of buying Time magazine, and a former Time science editor is so panicked he wrote an article for the leftist magazine The Nation titled "Don't Let the Koch Brothers Buy Time Magazine." Charles Alexander wrote about how his life’s work of screaming environmental bias may be about to go down the drain: 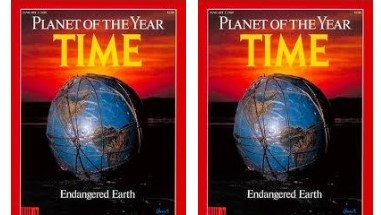 Can you imagine what it would be like to see your life’s work suddenly go down the drain? I can—right now. As a former Time editor who spent 13 years editing the magazine’s coverage of environmental issues, I am in despair over reports that Time Inc. will soon sell itself to Meredith Corp. in a deal that includes a $600 million investment from Charles and David Koch, whose Koch Industries is a big player in the oil and gas business and whose philanthropy has long funded climate denial.

If that happens—and news reports indicate the deal could be announced as soon as November 28—it will be a tragic end to a Time story that was once glorious but turned sad as corporate woes increasingly affected the editorial product at one of America’s iconic news outlets. The story is not just about the fate of Time. The story is about the fate of the world.

Alexander thinks this sale could destroy us all: “Despite 30 years of scientific warnings about global warming, Congress has not passed an effective plan to slow the burning of fossil fuels. The Koch brothers, whether they understand it or not, appear to have plotted to destroy civilization as we know it for their own short-term profit.”

For much of Alexander's "glory days," we noted and quoted Time magazine's constant agitation for harsh environmental "solutions" like a dollar-a-gallon gas tax. MRC's Dan Gainor wrote a Special Report with Warren Anderson titled Fire and Ice that went in-depth to underline how these news magazines (and newspapers, too) used to warn of devastating global cooling.

Alexander then rehashes all the wonderful propaganda they have churned out, like making Earth the “Planet of the Year,” but sadly, the Kochs were supporting an opposing narrative: 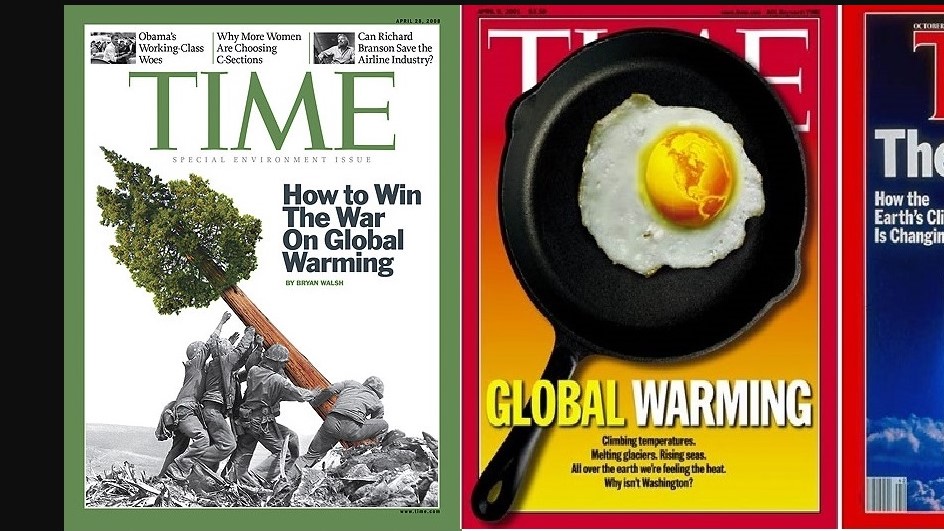 While Time and other mainstream media were churning out factual stories about climate change, the Kochs and their allies were revving up their financing of an alternative narrative. Despite saying during his presidential campaign that the United States should reduce its carbon emissions to counter global warming, George W. Bush in 2001 rejected US implementation of the Kyoto Protocol, an international climate agreement. Jim Kelly, then our managing editor, promptly responded by telling me to crank up another cover story. Called simply “Global Warming,” it had a striking cover image showing Earth as a frying egg in a huge skillet.

I had the idea that the last page of the magazine should be an open letter to President Bush, urging him to recognize the peril of global warming and take action. This letter was signed by Jimmy Carter, Mikhail Gorbachev, John Glenn, Walter Cronkite, George Soros, J. Craig Venter, Jane Goodall, Edward O. Wilson, Harrison Ford, and Stephen Hawking. Kelly later told me that he feared my letter idea was “kind of cheesy” until an assistant to Hawking, the famed physicist afflicted by ALS, sent us Hawking’s thumbprint in lieu of a signature.

Harrison Ford, Walker Cronkite, and George Soros are quite the climatologists, wouldn't you say?

But for so committed an ideologue, Alexander ended up taking a generous buyout from Time, and then just freelanced for the magazine. He was very upset when one climate package included the view of a skeptic, Bjorn Lomborg. But it could be even worse:

I concluded quite a while ago that my life’s work—the work I did to help insure that my two sons and now my grandson would have a decent future on a healthy planet—had failed. Now, if Charles and David Koch gain control of Time, I expect my life’s work to be repudiated in the very magazine in which it appeared. The thought is almost too much to bear.

I confess I don’t know what the solution is, but it is perverse and dangerous for two billionaires with no commitment to factual truth to be permitted to buy a magazine that has been a voice for reason and use it to further their narrow business interests. Are there no corporate white knights to save Time from the dark knights, as Jeff Bezos saved The Washington Post? For the moment, we will still have the harsh truth about climate change published in The New York Times, The New Yorker, Rolling Stone and, yes, The Nation. But the Internet is hurting those publications’ revenues as well, and what happens if they too get bought by dark knights with fossil-fuel money?

Alexander concluded with the thought that in line with his weather forecast, when the Earth starts to boil and fry, we will all realize liberal bias was the answer. "The ravages of global warming will become too obvious to be denied, even by the likes of Trump. But by then the damage to the planet may be irreversible, and my beloved Time, once a soldier for truth, may have fallen casualty to the forces of greed and deception."