PBS Analyst: If Dems Lose In Virginia, It'll Be 'Close to Civil War Within the Democratic Party'

MARK SHIELDS: I would say this, Judy. If, in fact, the Democrats lose on Tuesday in Virginia, that it will lead to — close to civil war within the Democratic Party.

SHIELDS: It will be — there will be reprisals between the Bernie — that Northam has run a very conventional, sort of cautious campaign, and that will be — and Bernie Sanders — Tom Perriello, the — his primary opponent on the other side, there will be questions that he had — the Democratic Party really didn’t stand — and 2016 all over again.

Pseudo-conservative analyst David Brooks tried to soften the blow by saying it was bad news for both parties, since Gillespie is running in part on sharp messages about immigration, like against the violent gang MS-13. But he agreed that a Northam loss would be a “gigantic warning sign” for the midterms: 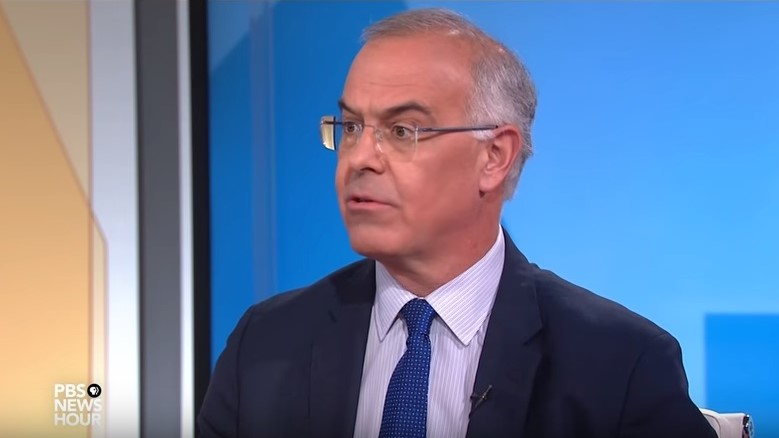 DAVID BROOKS: For the Democrats, as Mark says, this is a state, as John reported, Clinton won by five. Trump is super unpopular. And their guy, a pretty conventional, pretty good candidate, can’t pull out a big win out of this? That would be a sign for Democrats that, even when Trump is super unpopular, they can’t get big turnout, and they can’t get big turnout among African-Americans, which is why Eric Holder and people like that are there.

They can’t get big turnout from people who aren’t hard-core voters, and that the Democratic base is not super mobilized to vote. And that would just be a gigantic warning sign for 2018.

Woodruff then stayed on the Democratic Party by discussing former interim DNC chair Donna Brazile writing that Hillary Clinton gained control of the party machinery before the primaries had even begun. Both analysts spoke negatively about that: 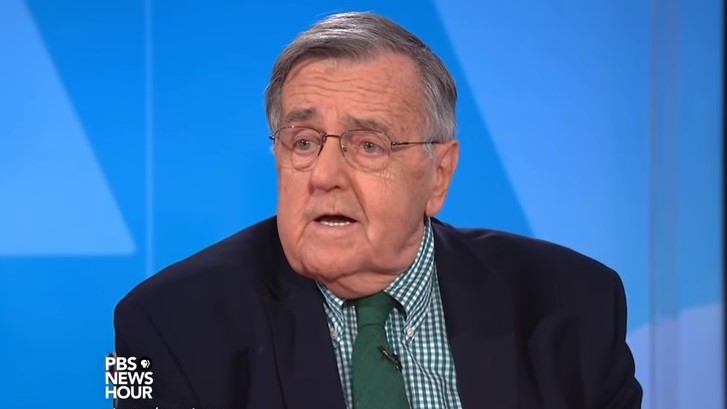 SHIELDS: it’s a serious charge made by a serious person, Donna Brazile. Could not come at a worse time for the Democrats, on the eve of the Virginia, just as David is talking about, generating interest, enthusiasm and turnout, this is anything — will do anything but.

But I will say this, Judy. It has the ring of authenticity about it. Donna Brazile was exposed herself for having given questions before a debate when she was at CNN to Hillary Clinton. She’s a person of enormous talent. I think, if anything, this is sort of cri de coeur, a statement of what she believes, and to come clean.

But I will say this, that it’s proof, more than anything else, to me of how little Barack Obama cared about the Democratic Party or about politics. He was great at getting elected. He got a national majority twice in a row. Nobody had done that since Eisenhower. He was leaving the party $24 million in debt, therefore, vulnerable to Hillary Clinton’s coterie of big givers. Bernie Sanders didn’t have big givers, as we know.

BROOKS: Yes, I don’t know about that. But those of us who are trying to rebut populists like Trump have the disadvantage that our elites really do stink. And this is an advantage — example of that.

It was sort of an open secret that the DNC was on Hillary Clinton’s side. We saw it from the schedule of the debates all through the year. They didn’t want to have them, because they didn’t want to give Sanders the platform. But this goes beyond what even I imagined was the level of collusion. It’s a pretty sleazy economic takeover of a party apparatus, against the bylaws of that apparatus.

It’s just not something a normal campaign that respects institutions and how things should work should do. And so they colluded, apparently, according to Donna Brazile, in a pretty major way. And if you were a Sanders person, you have every right to be completely upset.

PBS viewers could take comfort that the conversation shifted back to lamenting the Republicans, with both analysts attacking GOP attempts to cut taxes.