On Tuesday's Charlie Rose show on PBS, former magazine editor Tina Brown -- who ran The New Yorker, Newsweek, and for a short time a Harvey Weinstein-backed magazine called Talk -- spoke about working with Harvey. Rose barely questioned Brown, and just let her talk. Access Hollywood picked up a piece of this conversation, along the same lines as their chat with Paula Froehlich -- about how the movie mogul could buy writers' silence with money, and if he couldn't, he could go above their pay grade to editors and kill negative stories that way. 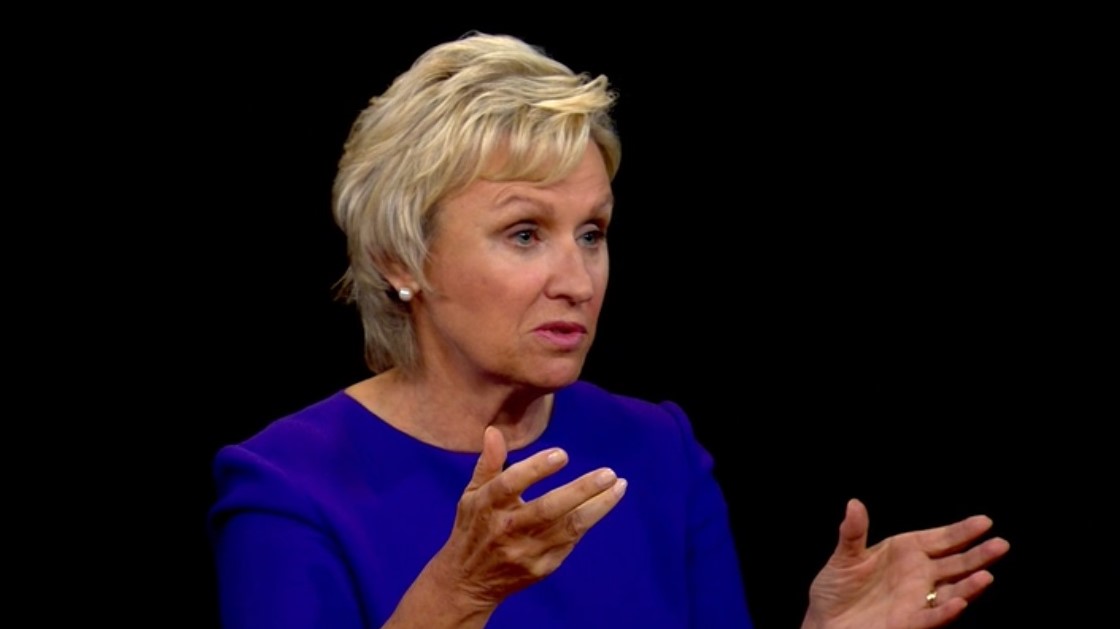 TINA BROWN: [W]e did hear the rumors, but you never saw it. That there were just, you know, things happened, this is like this, but you never saw it. What I found really unsettling was how many journalists were on his payroll. I mean, you know, Harvey would have everyone on his payroll. All the people at the [New York] Post and people in the tabloids, people writing stuff, entertainment writers, gossip writers.

If there was any stirring of a negative story, Harvey would offer them a book contract, a development deal, a consultancy, and they used to succumb. Journalists are often short of money and they were also very star struck with the world that Harvey offered which was movies and Hollywood. You know, every writer who is like doing a small column somewhere and dreams that his work will be picked up and turn into a big movie and his life would be changed or her life will be changed.

Harvey always managed to hold out the prospect, that he had the ability to take somebody and make them into something more. So he had this sort of people around him and he will constantly get their stories killed or not writing the stories. So, many, many journalists did in fairness to them tried to do the story, but it always got killed. It got killed by the higher-ups, by the editor, by the owner, by the entertainment editor, whoever was a friend of the owner of the paper or whatever.

They will always kill the stories. And he can always get it killed. What has happened of course now is, that`s over. We`re in a new era. There wasn`t anything anymore that you can`t do. That we live in a world of total transparency. There is no place anymore for that kind of subterfuge. It`s going to come out. It`s only a matter of time. And, you know, I used to think this was going to happen.

I always used to think, you know, Harvey could be the next Bill Cosby because there was so much there that people could get at and hadn`t done.

Ironically, Tina and Harvey's Talk magazine made its initial splash in 1999 by coming to the defense of Bill Clinton after sexual-harassment allegations. Brown and her writer Lucinda Franks went on ABC's Good Morning America to tout the wonderful marriage of Bill and Hillary Clinton. As Brent Bozell recalled:

Brown said the interview proved the depth of the Clintons' bond. "What you feel is this is a couple who share the passion for the world, for doing good for politics, for making life better for other people. This is their great bond, and it really has brought them together with almost a sort of spiritual intensity."

Franks claimed the marriage "is quite wonderful in its, you know, in its interdependence of conversation, of ideas, of excitement, of chemistry, sexual chemistry." Franks also claimed the adultery's really the fault of star-struck women, because the President is hunky: "I mean, he's a very handsome man, and he looked like a Beatle back in Yale, you can see pictures of him, I mean, he was gorgeous."