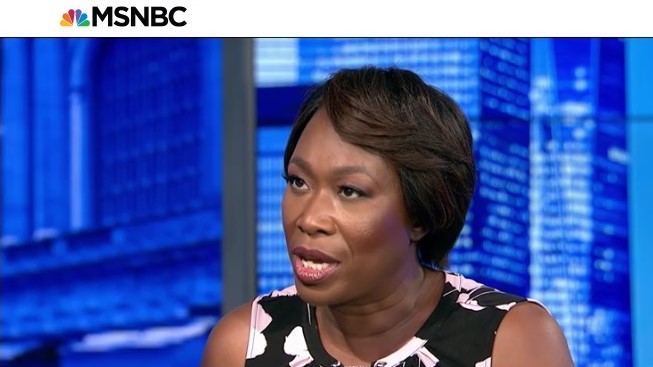 In case you didn’t get enough MSNBC on TV, you can check out Joy Reid on The Daily Beast with a wild and woolly editorial headlined: “Puerto Rico Is Trump's Katrina: President Donald Trump … does not care … about brown and black people.” (Ellipses in the original.)

At least it was marked “OPINION.” It also had the unsubtle subheadline “NERO.” Reid began with the usual flourish:

As a dam cracked in Puerto Rico, spreading fear across an already devastated island, Donald Trump was in Alabama, calling a black former NFL player a “son-of-a-bitch.”

During a 90-minute rant that veered from incoherence to the raw belligerence we’ve come to know in the Age of Trump, the madman who is president went after sidelined NFL quarterback Collin Kaepernick without calling him by name.

Trump visited Texas, making a petting zoo out of black evacuees and writing his name on a wall. He vowed to visit Puerto Rico, too. He called the governor. But mostly, he focused on his preening, and stage stalking in Alabama, where the contest to replace his attorney general in the U.S. Senate gave him a chance to do the thing he loves most: be Donald Trump.

Reid was reminding readers of 2005, when rapper Kanye West used a Katrina telethon to trash President George W. Bush who "didn't care about black people." It was a low blow, one that Bush said really hurt. So of course, Reid wants to drag that metaphor out for another use:

How will history remember Donald Trump’s response to the serial natural disasters that flattened U.S. territories and hemispheric friends in the Caribbean? How will it record a president who with his party dismisses climate change as a hoax, whose sympathies come by tweet, and who spends the days of devastation for American territories largely populated by black and brown citizens, preening in Alabama?