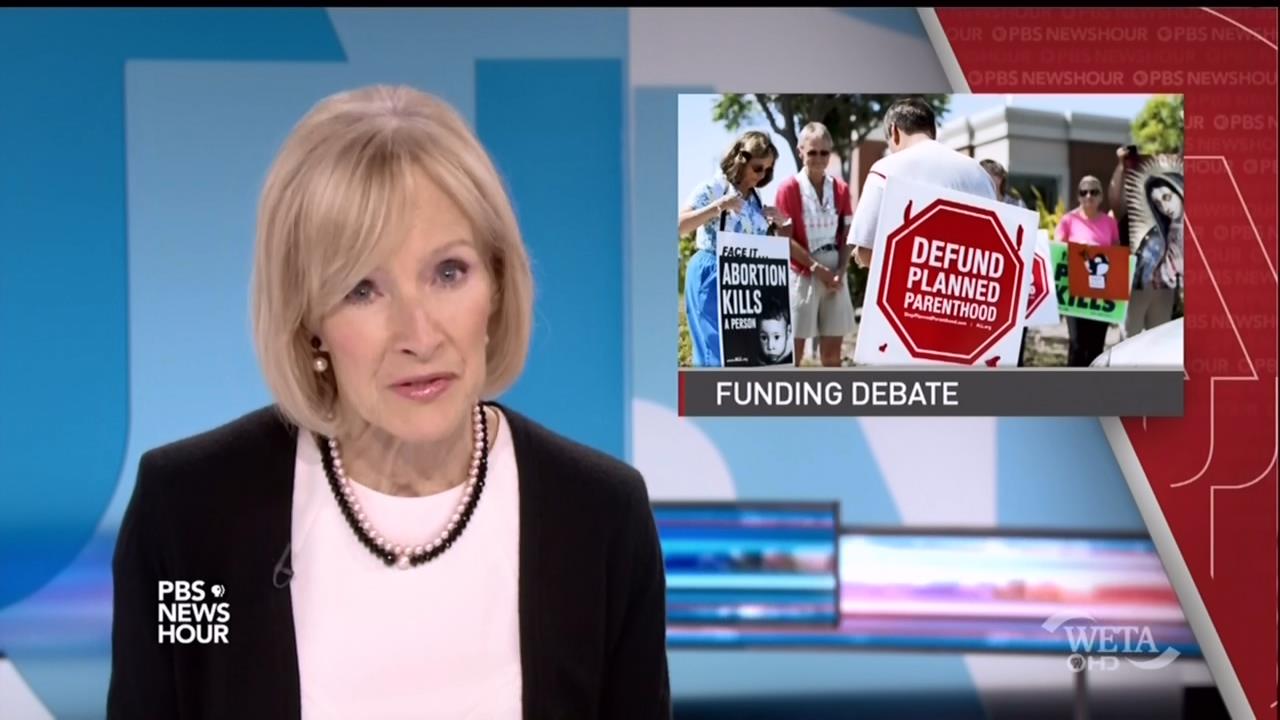 On Friday, the blog TV Newser posted a puffy interview with PBS NewsHour anchor Judy Woodruff, touting her show and how ‘We Have Never Had As Many Smart, Talented Women Covering Washington As We Do Today.’ Woodruff cited all her liberal friends in that category.

A.J. Katz began by touting the PBS ratings. (Wait: I thought non-commercial broadcasters weren’t paying attention to ratings?): “Under the leadership of executive producer Sara Just, NewsHour has delivered year-over-year ratings improvement, and is presently up +38 percent in total audience compared to Q2 2014.”

Then came the obligatory gush about how PBS is somehow a civil ground where no one raises their voice...because everyone tends to agree on a very narrow range of liberal opinion:

“We aim for more light than heat,” Just tells TVNewser. “We’re not trying to set up a false sense of combativeness, but we try to show various thoughts and ideas around certain issues, to go deeper and allow people to really understand them. I think that’s resonating right now.”

Yes, hiring David Brooks as your “conservative” is a great way to avoid a “false sense of combativeness,” when his usual phrase is “I agree with Mark” (liberal attack dog Mark Shields). They often quietly agree on the harshest critiques of conservatives, as in David Brooks claiming in 2016 that Ted Cruz’s rhetoric carried “dark and satanic tones...we’re going to stomp on this person, we’re going to crush that person, we’re going to destroy that person. It is an ugly world in Ted Cruz’s world.” His fellow pundit Mark Shields sneered in 2011 that a mining accident that killed 12 miners in West Virginia represented "Tom DeLay's America in action."  And somehow blamed the Bernie-backer shooting of conservative Rep. Steve Scalise on Newt Gingrich.

That, inside the PBS bubble, is describe as "more light than heat." There's no "false combativeness" because all the fierce denunciations seem to target conservatives.

The unpaid advertisement continued as Woodruff was praised as the "X-factor" for this growing show:

“Judy strikes a very balanced tone,” says Just. “Guests appreciate talking to her, and the audience appreciates hearing her respectfulness come through. She’s not trying to be adversarial, but she’s challenging.”

Woodruff may be "balanced" in tone, but not in content. She can quietly discuss (and not debate) how we should think climate change is causing much fiercer hurricanes. Or she can quietly pester Mike Pence three times about putting a stop to "over the top" critiques of her hero Hillary Clinton.  Or when she lets a pro-life activist on air, and professes ignorance with any abortionists like Kermit Gosnell who've been put in prison.

Then came the part where Woodruff was asked to praise all her feminist colleagues. (No one would expect Woodruff to cite Fox News women like Catherine Herridge, or Sharyl Attkisson, for example. PBS and NPR folks despise Fox News.)

TVNewser: Tell us some female journalists whose work you admire.

Woodruff: I need to start with my dear friend Andrea Mitchell. She and I worked together many years ago during the Carter administration, and the Reagan administration at the White House. She is head and shoulders above so many journalists. Andrea just doesn’t relent and is at the top of her game everyday. She sets the standard.  I’m also a huge fan of Martha Raddatz at ABC. She does an outstanding job. I’ve known Lesley Stahl for as long as I’ve known Andrea. She does an amazing job on 60 Minutes. I see remarkable women in print journalism coming along. I’m wary of singling one person out, because I’ll leave someone else out, but there are so many fabulous, strong, smart women bringing it everyday. We have never had as many smart, talented women covering Washington ever as we do today.