It’s not just the TV networks that are ignoring or downplaying the Imran Awan-Debbie Wasserman Schultz scandal. The nation’s newspapers are barely getting their feet wet. A quick Nexis search shows The New York Times and the Los Angeles Times have yet to report it, while The Washington Post and USA Today just reported smaller stories in Thursday’s papers. The Post offered 429 words on page B-3, and USA Today reported just 323 words on page B-6. At least that was the back page of the B-section and included a photo of Wasserman Schultz.

Still, both headlines avoided the D-word. The USA Today headline was “IT Worker for Congresswoman Arrested.” The Washington Post headline was “House staffer charged with equity-loan fraud.” As Tom Blumer noted, the AP covered this story. One headline was especially galling: “Florida lawmaker fires IT staffer; Anti-Muslim bigotry is cause of client's arrest, lawyer says.” 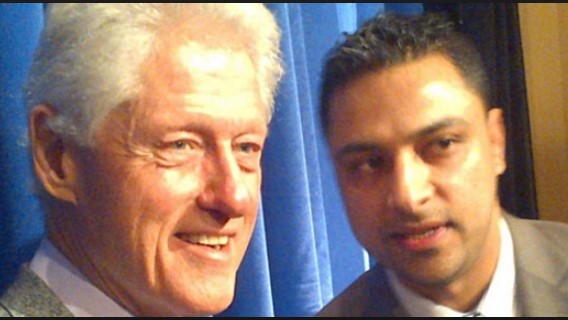 A congressional information technology staffer was arrested Monday evening before a scheduled flight for Lahore, Pakistan, and charged with bank fraud in connection with a $165,000 loan from the Congressional Federal Credit Union, authorities said.

Imran Awan, 37, pleaded not guilty Tuesday before U.S. Magistrate Judge G. Michael Harvey in Washington and was released to a high-intensity supervision program whose conditions include GPS monitoring, a nighttime curfew and staying within a 50-mile radius of his home in Lorton, Va., federal prosecutors said. He was arrested at Dulles International Airport, his attorney said.

Awan and his wife, Hina Alvi, allegedly secured a $165,000 home equity loan in January from CFCU on a house in Alexandria after claiming it was their primary residence, when it was a rental property, FBI Special Agent Brandon C. Merriman wrote in an affidavit for Awan's arrest. The couple told the credit union to wire the money to Pakistan for use in purchasing a property, Merriman wrote.

Alvi, also a former House IT worker, and the couple's three school-aged children, were approached by federal agents but allowed to board a flight to Lahore on March 5, Merriman wrote, but he said that he "does not believe that Alvi has any intention to return to the United States."

Awan's attorney, Chris Gowen, said in a statement: "Because we are confident in the integrity of the U.S. justice system, we are confident that Mr. Awan will soon be able to clear his name and get on with his life. Neither Mr. Awan nor his wife have ever had any intention to 'flee' the United States.

"They are U.S. citizens who have built a full life and have a strong community life in this country. They will stand and fight whatever charges are presented," Gowen said. The couple had round-trip tickets, and Awan had informed the government of his plans to travel, Gowen said.

Awan had worked for the House since 2004 as a shared employee, getting paid about $165,000 per year from about a dozen Democratic members in 2015 and 2016, for example, according to LegiStorm. Most payments ended by early February, the congressional data-tracking service reported.

The Post account also avoided the juicy angle of possible computer theft, as AP reported: “Law enforcement authorities for months have been looking into how Awan may have double-billed the House for equipment like computers, iPads, monitors, keyboards, and routers.”  Politico described the investigation this way: “Five House staffers are accused of stealing equipment from members’ offices without their knowledge and committing serious, potentially illegal, violations on the House IT network.”

They also ignored how Wasserman Schultz, until last year the chair of the  Democratic National Committee,  "began negotiating with (U.S.) Capitol Police for access to her laptop in the case. Until this point, she had resisted USCP efforts to look at her computer – even suggesting 'consequences' for the agency if the computer was not promptly returned."

While Fox News Channel picked up this story on Monday, CNN just arrived with its first brief story on Thursday’s New Day:

ALISYN CAMEROTA: A congressional aide who worked for several Democrats including Debbie Wasserman Schultz is facing a federal bank fraud charge. The FBI says Imran Awan and his wife misrepresented themselves on a loan for a rental property as part of a scheme to wire money to Pakistan. Awan was arrested on Tuesday moments before boarding a flight to Qatar. Wasserman Schultz has terminated his employment.

A Nexis search shows not only have ABC and NBC skipped it, so have MSNBC's primetime shows, the PBS NewsHour and NPR.