Live and Totally Biased: A Look Back at Partisan Decisions on What Hearings Were 'Historic'

One obvious way the TV networks proclaim what is History In The Making is by putting it on live television – canceling their daytime line-ups and eating advertising revenue for “public service.” ABC, CBS, NBC, and PBS are all offering live broadcast coverage of former FBI director James Comey's testimony on Thursday. In addition to three regular cable news channels, the business channels are all going live, too: Bloomberg, CNBC, and Fox Business.

It’s unsurprising that they have a liberal bias in deciding just which scandals get the daytime or prime-time live coverage. Here’s a brief look back at the live-coverage tilt:

Watergate. The networks jumped at live coverage of the Watergate hearings beginning in May of 1973. “Millions of U.S. households bore witness to the Senate Watergate Committee's tactical destruction of White House subterfuge,” ABC warmly remembered in 2013. The networks all went live for five days, and then started rotating among the three networks.

It was a big moment for the empowerment of PBS. Laurence Jarvik notes in his book PBS: Behind the Screen how PBS used daily live coverage of the Watergate hearings -- complete with nightly repeats in prime time -- to build PBS's reputation in the early years, and stick it to their enemies. Jim Lehrer wrote: "As programming, the Watergate broadcasts were a terrific hit with the audience and the stations and established once and for all that real public affairs programming has a permanent place on public broadcasting." Lehrer added: "As justice, it was pure delicious. We were being bailed out by the sins of a president who was trying to do us in. He and his minions were so distracted by the crumbling of his presidency that the plan to crumble us was abandoned and forgotten." 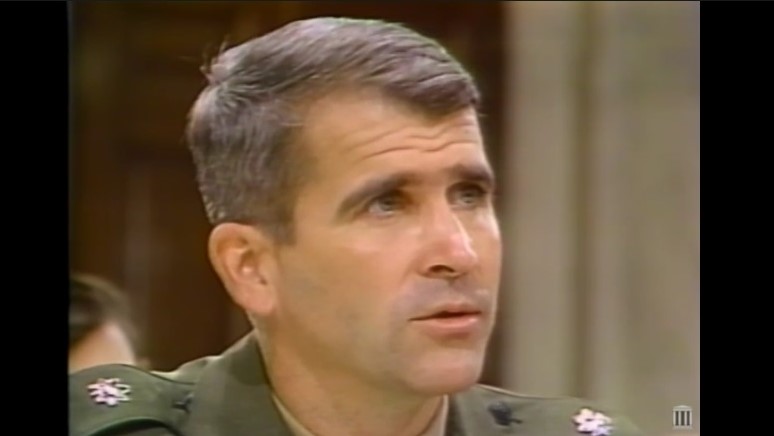 Anita Hill. While the networks weren't breaking into daily coverage for the first set of confirmation hearings for Clarence Thomas, when NPR broke the unproven sexual harassment charges of Anita Hill, the networks all aired live coverage over the weekend of October 11, to 13, 1991. A MediaWatch study of all the live coverage found that on 28 occasions, the network anchors and reporters singled out the Republicans for playing hardball or fighting dirty. NBC's Andrea Mitchell complained "It's basically what happened in the '88 campaign. The Republicans know how to fight dirty." On two occasions, CBS blamed both parties as "smear and counter-smear." No one singled out the Democrats as the dirty tricksters -- instead, Hill's unproven leak was praised as part of a trend of leakers doing a "public service."

This live-coverage trend does not extend to Democratic presidents.

Whitewater. In July and August of 1995, the House and Senate held hearings into the Whitewater real-estate scandal. The Clintons entered a business partnership with Jim and Susan McDougal, who ran an S&L into the ground while they enriched themselves. Hillary Clinton then worked as a lawyer for McDougal. Both McDougals went to prison, and Hillary's legal colleague (and White House colleague) Vince Foster committed suicide. But there was no live network coverage, and the evening and morning news coverage was light. From July 16 (two days before the Senate hearings began) to August 10, ABC, CBS, and NBC offered only 24 full stories combined -- ten on CBS, eight on ABC, and three each on NBC and CNN. From July 16 to August 4, the morning shows aired only seven full stories.

Clinton's Asian Collusion. In the 1996 campaign, the Clinton re-election team and other Democrats took large donations from a series of Chinese and Indonesian "Friends of Bill," including people with ties to Red China's army. ABC, CBS, and NBC couldn’t manage any time for live coverage of Sen. Fred Thompson’s hearings into the matter. This was another proof that PBS only went live when Republican presidents were in trouble. As Brit Hume wrote at the time, "If this were Ronald Reagan accused of selling foreign policy to the highest bidder, it's a little hard to imagine this wouldn't have attracted more attention."

An MRC study at the time found the hearings were outranked by the murder of fashion designer Gianni Versace. In the month of July, the evening newscasts on ABC, CBS, NBC, and CNN offered 58 full reports on the Thompson hearings, but 93 full stories on the Versace murder. Versace led these newscasts on 30 shows, compared to only five top stories on the Clinton scandal.

The morning shows were even worse. ABC, CBS, and NBC aired 132 full segments on Versace and his killer Andrew Cunanan, but only 18 full segments on the hearings, a ratio of more than seven to one. CBS This Morning offered one full report on the Clinton scandal in the whole month. ABC and NBC sent morning co-hosts to Miami, not to Washington. Our headline in MediaWatch mocked the news judgment: "Dressmakers Outrank Democrats."  ABC anchor Carole Simpson plugged a "look at why average Americans seem to be paying so little attention to the campaign finance hearings." Maybe that's because the networks alternated between dismissing and ignoring them.

Clinton Impeachment.  On September 21, 1998, the networks broke in to air in full a videotaped recording of President Clinton’s grand-jury testimony in the Lewinsky matter from a month earlier, on August 17. On November 19, 1998, the networks offered a limited amount of live coverage of Kenneth Starr testifying to the House of Representatives on his case for Clinton’s impeachment.  On Saturday, December 19, the networks offered live coverage of the impeachment vote. NBC's on-staff Kennedy relative Maria Shriver was on hand to denounce the proceedings.

Network boosterism of Bill Clinton continued, unabated. NBC's Tim Russert insisted "The White House looks at this with such great irony. As the impeachment hearings grind on could you have a situation where next year the President cannot go to the Judiciary Committee on a particular day because he’s receiving the Nobel Peace Prize?"

Lois Lerner Takes the Fifth. On May 22, 2013, the networks offered no live coverage of hearings into the political machinations at the Internal Revenue Service, despite the drama of IRS tax-exempt organizations boss Lois Lerner abruptly taking the Fifth Amendment. Even the national newspapers moved that story to inside pages like A-17. Nothing about the IRS scandal struck them as resembling Watergate.

Benghazi and Hillary. Former secretary of state Hillary Clinton gave high-profile testimony twice on the Benghazi fiasco and how the State Department was woefully under-prepared for terrorist attacks on our diplomatic buildings. There was no live network coverage on January 23, 2013 -- testimony delayed by Clinton health problems. Instead, there was only gush. ABC anchor Diane Sawyer began: "Last stand. Secretary Hillary Clinton, filled with fiery emotion in her last appearance before Congress....The indignation. And then, the tears in her eyes....It was a valedictory that showed her indignation and emotion as she ends this tenure on the public stage.”

This happened again when Hillary testified for more than 11 hours on October 22, 2015, when there were no live network break-ins and a pile of affirmations in the aftermath. ABC anchor David Muir complained about it costing too much money: "Tonight, Hillary Clinton and the fireworks....As we ask tonight, how much has the American taxpayer spent on the 17-month investigation?"

Until now, the liberal media's defenders could suggest that live coverage of Democratic scandal hearings wasn't political. After all, the rise of cable news with Fox and MSNBC in 1996 would make it easier to just save the money and let the political junkies watch on the 24-hour news networks. The news of the broadcast networks rushing to cover the Comey spectacle in real time crumbles that argument.