Michael Calderone at HuffPost reported The New York Times is abolishing its office of “Public Editor,” established in the wake of the Jayson Blair fake-news scandal in 2003. Liz Spayd, the current staffer in that office, is effectively done, after only one year in the job, instead of an expected two-year term.

Once again, it is highly ironic that the nation’s top newspapers rage about the president being unaccountable to the public, while they abolish their own offices for dealing with reader complaints. It’s safe to guess they especially hate any articles about ideologically motivated bias and inaccuracy.

This move is an echo of The Washington Post, where new executive editor Martin Baron dumped the Ombudsman office soon after taking over in 2013. Ironically, he hired former Times public editor Margaret Sullivan to do something in a sense entirely the opposite: to come out in favor of “full-throated” liberal bias, no matter what the readers want. Truth? Accuracy? Why, inconvenient information about Democrats is somehow twisted and "truth-averse"! 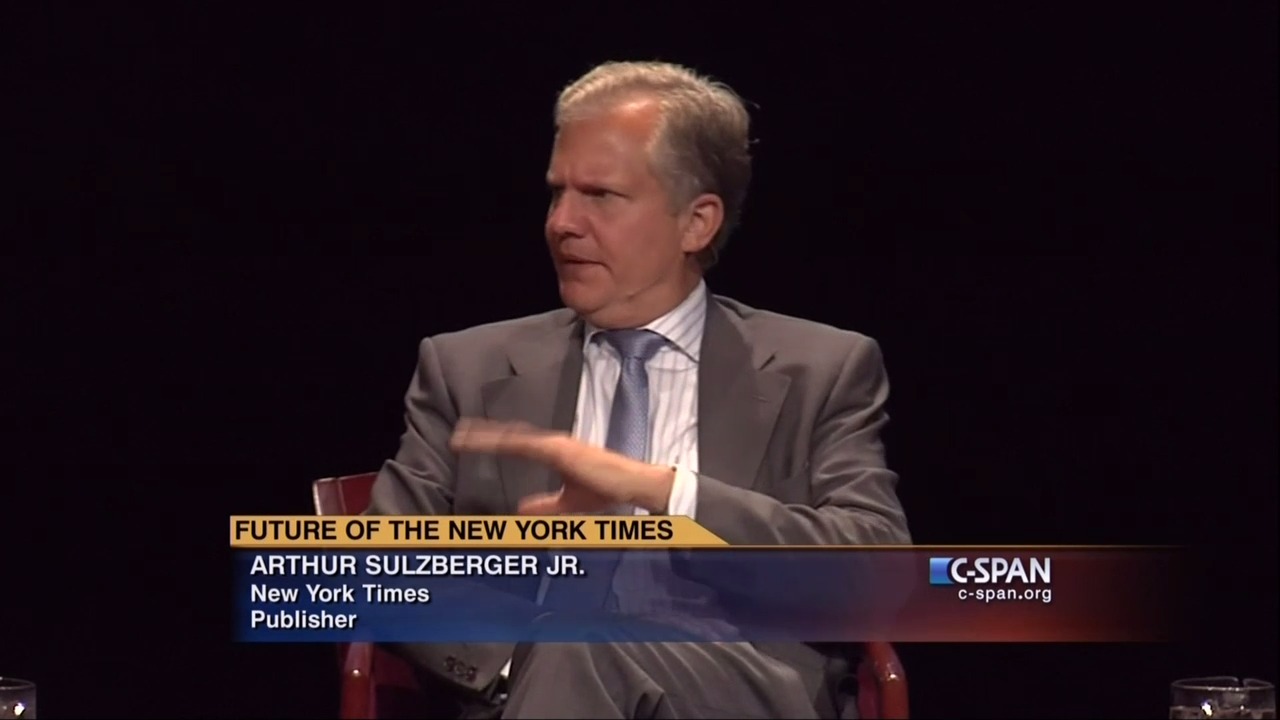 Sullivan tweeted “I can't say I'm surprised to see NYT ending public editor position, especially in a time of newsroom cost-cutting and position-trimming.” No one should buy the old "cost-cutting" excuse. Or the lame letter from Times publisher Arthur "Pinch" Sulzberger Jr. claiming the Public Editor position was too much for one person, so we'll outsource it: "our followers on social media and our readers across the country have come to together to collectively serve as a modern watchdog, more vigilant and forceful than one person could ever be."

Wipe that rot off your shoe.

Spayd made the “misstep” of appearing on the Fox News Channel to discuss the biased tweets of reporters, an especially sore subject for egotistical liberal reporter/tweeters. Surely the view inside the Times matches very nicely with the hostile approach of Adrienne LaFrance of The Atlantic in a recent chat. That article might have been the last straw.

Spayd surely made enemies in her second column last year, about how the Times staff rolls their eyes like Anderson Cooper at bias complaints:

A perception that The Times is biased prompts some of the most frequent complaints from readers. Only they arrive so frequently, and have for so long, that the objections no longer land with much heft....

Like the tiresome bore at a party, I went around asking several journalists in the newsroom about these claims that The Times sways to the left. Mostly I was met with a roll of the eyes. All sides hate us, they said. We’re tough on everyone. That’s nothing new here.