Within hours of the Obamacare replacement bill passing the House on Thursday, liberal sites were spreading terrible-sounding contents of the bill. Take this Facebook meme about rape being a pre-existing condition: 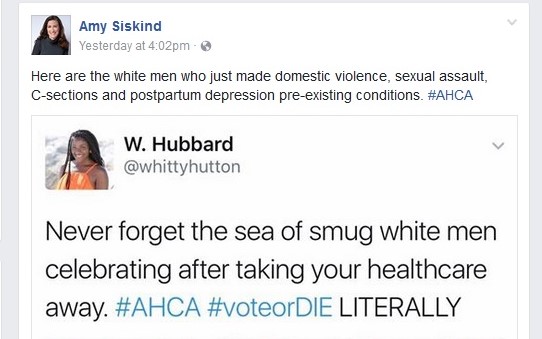 Over at Reason, Elizabeth Nolan Brown declared this was not truthful:

The latest less-than-truthful meme about Republicans' American Health Care Act (AHCA), passed by the U.S. House on Thursday, is that it makes rape a "preexisting condition" for health-insurance purposes. According to a host of women's publications and an army of outraged tweeters, sexual assault and domestic abuse survivors could soon be forced to disclose their attacks to insurance companies, which could subsequently deny them health-insurance coverage because of it.

None of this is true. Like, not even a little bit. And the fact it's not just being shared by shady social-media activists and their unwitting dupes but by ostensibly-legitimate media outlets is another sad indictment of press standards these days.

Nothing in the new Republican health care bill specifically addresses sexual assault or domestic violence whatsoever. What it does say is that states can apply for waivers that will allow insurance companies, under certain limited circumstances, to charge higher premiums to people based on their personal medical histories—that's it. (States that are granted the waivers must also set up special high-risk insurance pools to try and help defray costs for these people.) Under Obamacare, no such price variances based on preexisting conditions are permitted.

So what if states are allowed to raise rates for rape survivors? Brown wrote that in the 1980s, some companies considered domestic abuse a condition for denying care, but....

By 2009, however, all but eight U.S. states had passed laws directly prohibiting the practice, and as of July 2014, all but six states had.* Even if Obamacare is replaced by the AHCA tomorrow, insurers in 44 states will still be barred by law from considering domestic and sexual abuse a preexisting condition.

A Politifact investigation in 2009 could turn up no evidence that such practices were happening in the then-eight states that would allow it.

CNN was letting the facts get through on Friday afternoon. On CNN Newsroom in the 3 pm hour, Anchor Brooke Baldwin talked to rape survivor Jeanette Morelan of the Rape Abuse and Incest National Network, who talked about her fear that rape victims could be denied insurance for something they never wanted:

MORELAN: We already live in a society where rape and sexual assaults, the culture is often blamed on the victim, and 95 percent of perpetrators are never brought to justice. And so I really feel like this is one more reason that sexual assault survivors feel like they can't speak out. And to me, that is really concerning.

BALDWIN: That's -- in reading about all this, that's my worry, that women or men are hesitant to speak up.

BALDWIN: Let me point this one thing out, for people who are watching, listen very closely. M.J., even if Obamacare is replaced tomorrow, insurers in 44 states will still be barred by law from considering domestic and sexual abuse a pre-existing condition and in states that don't have that law, history shows insurers don't necessarily take advantage of that loophole.

In the next hour, on The Lead with Jake Tapper, contributor Mary Katharine Ham hit the point hard when Tapper suggested “If you've been raped counts as a pre-existing condition in some -- in many insurance companies.” 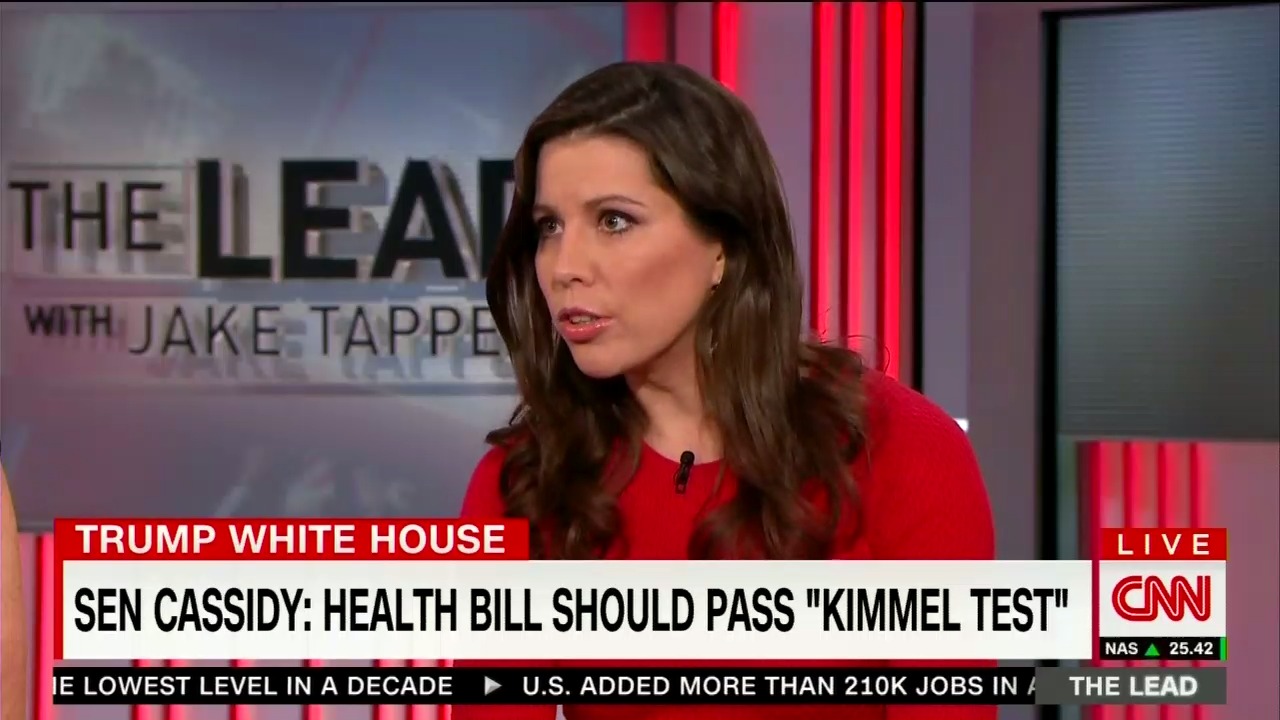 MARY KATHARINE HAM: And the other thing is, with this idea that sexual assault is a pre-existing condition, sexual assault is a pre-existing condition is explicitly banned, outlawed in 44 states, and it has -- even before ACA was not routinely practiced in any sort of way. So, I also want to be clear about that and not have the sky falling on us when in fact --

JAKE TAPPER: But the only reason I'm even bringing it up is because a friend of one of my producers was raped and was denied health insurance in 2010, I think, because she was raped and insurance companies said they considered that a pre-existing condition. This is before those rules --

KIRSTEN POWERS: All things associated with rape. So, if you have PTSD, or if you have depression, those kinds of things would be considered pre- existing conditions.

MARGARET TALEV: Yes, I think your point is important that it's -- not to conflate what everyone was worried about with the actual numbers on the ground, but as a political matter, the way Americans perceive it does matter, and for those Americans who might fall through the cracks.

HAM: Which is why I want to tell the truth about it.