Fake News: Leftist Comedian Claims He Was Told Not to Mock Trump at the WH Correspondents Dinner

Both The Washington Post and Twitchy drew attention to the jokey disagreement between White House Correspondents Association president Jeff Mason of Reuters and his hired Trump-ripper of the night, Hasan Minhaj of The Daily Show. 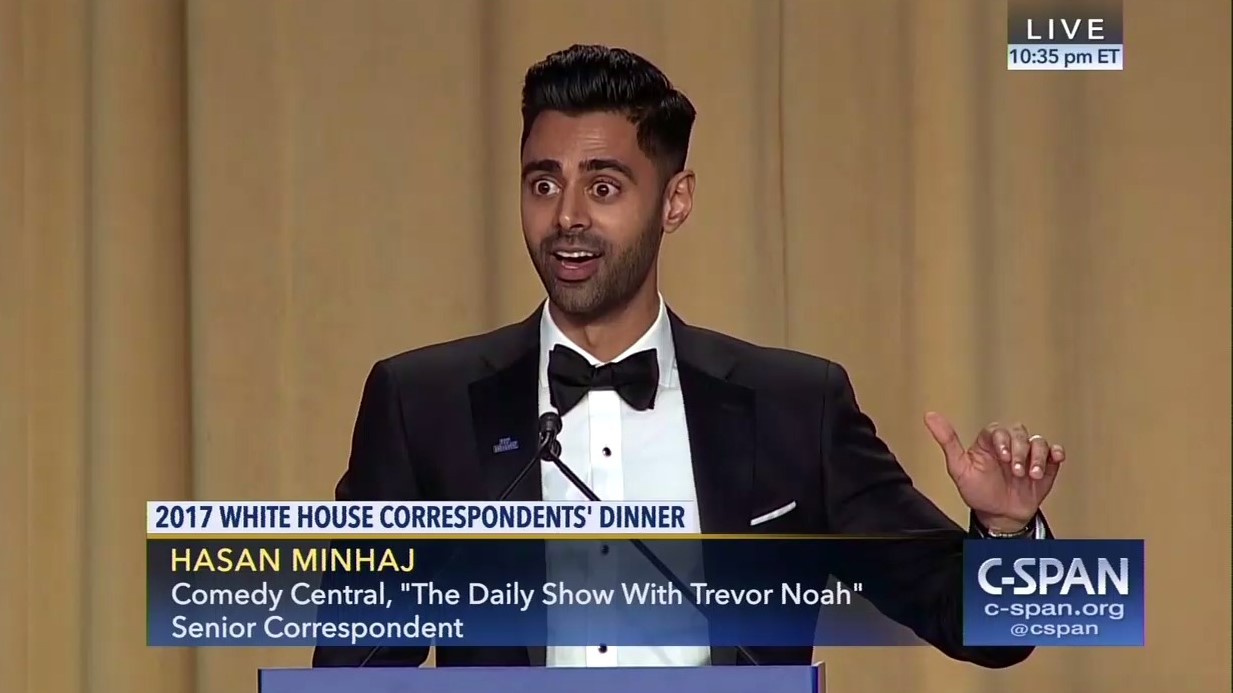 “I was explicitly told not to go after the administration,” he said after launching his first jab at the president, looking over at White House Correspondents’ Association president Jeff Mason with a look of exaggerated apology.

Mason disputes that — and even tried fact-checking the comedian during his act. “You were not told that,” Mason can be heard saying, with a wry smile, as Minhaj claimed he’d been gagged.

Mason told us on Sunday that he was confused by the bit, since he “absolutely” never instructed Minhaj to steer clear of Trump. The two did talk about the theme of the evening, he said, which was to honor the work of the White House press corps and the importance of the First Amendment. “I had said all along that I wasn’t looking for someone to roast the president in absentia,” Mason says.

Indeed, when he announced Minhaj, Mason said in his statement that the WHCA “was not looking for somebody who was going to roast the president in absentia. That’s not fair, and that’s not the message that we want to get across.”

This, as Twitchy suggests, is Fake News, despite Mason proclaiming from the dais they weren't Fake News. You don't say "Roasting the president would be unfair" and then hire a leftist hack with a Muslim background from Comedy Central.

When the WHCA hired Rich Little, that sent a message against "unfair roasting," preferring gentle we-really-like-you humor to the usual serving of left-wing hate spittle, from Colbert to Seth Meyers. In the Obama era, they often picked Obama-kissers from Wanda Sykes to Larry "Yo Barry, you did it, my nigga" Wilmore. Compare last year to this year, and ask if the media doesn't select comedians to express their inner liberals.

In fact, Minhaj was a spewing fountain of Trump-bashing “humor,” as were other members of his administration. Get a load of these “highlights.”

– Now that King Joffrey is president, it feels like the Red Wedding in here.

– We gotta address the elephant that’s not in the room. The leader of our country is not here. And that’s because he lives in Moscow. It is a very long flight. It’d be hard for Vlad to make it. Vlad can’t just make it on a Saturday. It’s a Saturday.

– Betsy DeVos couldn’t be here; that’s because she is curating her collection of children’s tears. 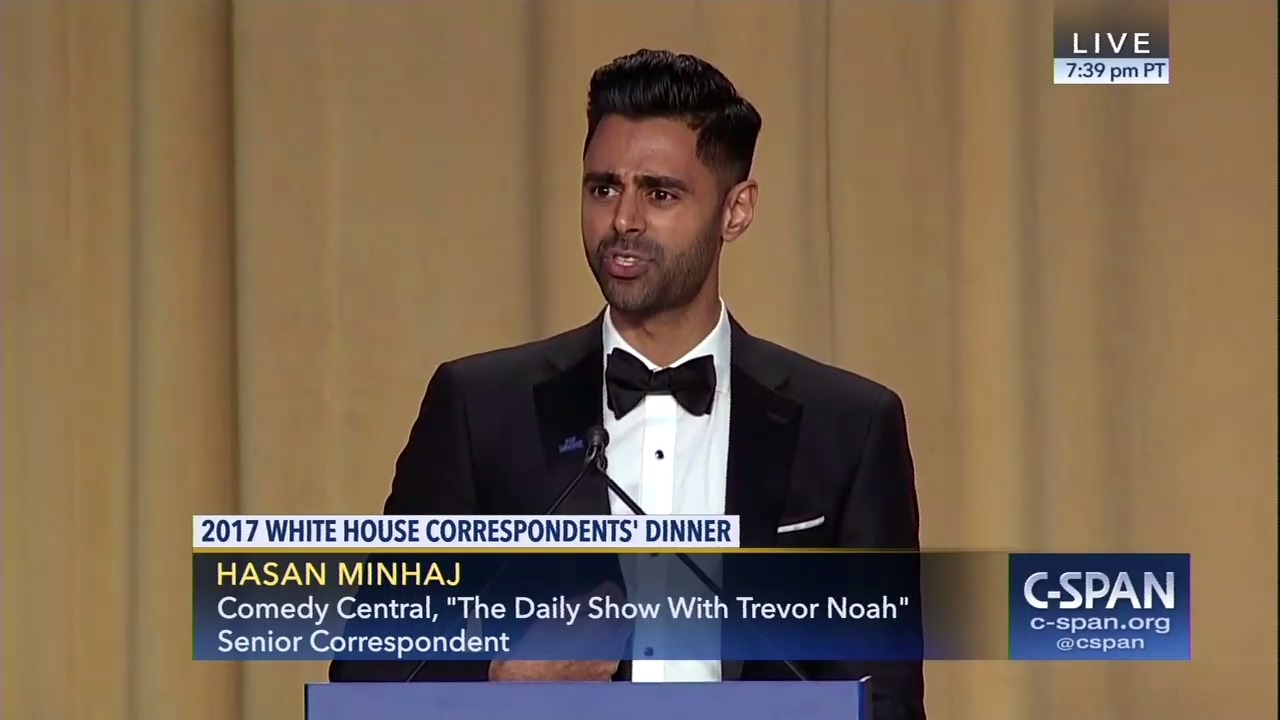 – Jeff Sessions couldn’t be here tonight. He was busy doing a pre-Civil War reenactment. On his RSVP, he just wrote no — just no, which happens to be his second-favorite N-word.

– Fox News is here. I’m amazed you guys even showed up. How are you here in public? It’s hard to trust you guys when you backed a man like Bill O'Reilly for years. But it finally happened. Bill O’Reilly has been fired. But then, you gave him a $25 million severance package, making it the only package he won't force a woman to touch.

– Now, I know some of you are wondering, “Hasan, how do you know so much about Fox News?” As a Muslim, I like to watch Fox News for the same reason I like to play “Call of Duty.” Sometimes, I like to turn my brain off and watch strangers insult my family and heritage.

Some journalists especially loved how Minhaj wrapped up the event by standing for free speech. Did Berkeley come up? Check out the mini-reference with zero criticism:

Because this event is about celebrating the First Amendment and free speech. Free speech is the foundation of an open and liberal democracy, from college campuses to the White House.

Only in America can a first-generation, Indian American Muslim kid get on the stage and make fun of the president.

The orange man behind the Muslim ban. And it’s a sign to the rest of the world. It’s this amazing tradition that shows the entire world that even the president is not beyond the reach of the First Amendment.

But the president didn’t show up. Because Donald Trump doesn’t care about free speech. The man who tweets that everything that enters his head refuses to acknowledge the amendment that allows him to do it.

Berkeley (and Middlebury and so on) doesn't get slammed like Fox News because they're on the "right side of history." And on the right side of the supposed First Amendment die-hards in the media elite.