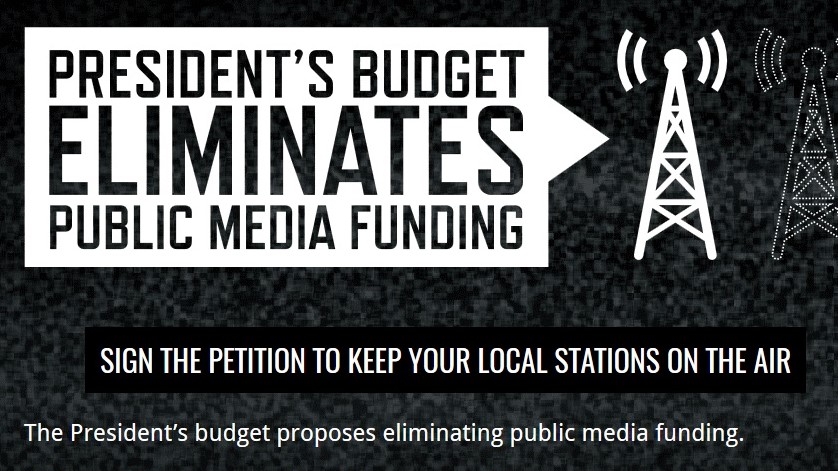 President Trump's budget proposes defunding the Corporation for Public Broadcasting. If it passes Congress, it will take two years for funding to be discontinued, but the liberal public-media lobby is panicking. At ProtectMyPublicMedia.org, the advocates panic that "Without this critical seed money, local stations may be forced to go off-air or to drastically cut the content and services our communities rely on," like "lifesaving emergency communications," as well as so-called "trusted news."

These hyperbole artists also insist "Our public media is for everyone." That's just a lie. Conservatives are not welcome in public media. Here are seven reasons to deny any more tax dollars to "public" broadcasting that excludes our chunk of the public.

1. It’s dramatically biased to the Left and makes no attempt at balance or fairness. There's an obvious reason why Donald Trump never submitted to an NPR or PBS interview during his campaign for president, just as there's an obvious reason Barack Obama loved to submit to long, cozy interviews with NPR Morning Edition host Steve Inskeep. Both politicians know whose "territory" this is. This blog post could be 80,000 words long with examples.

PBS demonstrated its contempt for Trump voters when the PBS NewsHour's "right-leaning" pundit David Brooks proclaimed right before the election that he found Donald Trump was "clearly disqualified for that job," but "people are just going with their gene pool." Just a few days ago on Charlie Rose, Brooks claimed the House plan taking a half-step back from Obamacare was "declaring war" on Trump voters "by denying them the security of these insurance plans."

Just this year, NPR complained there weren't enough openly non-religious members of Congress (and it's too white and too male), and NPR's media reporter danced in a liberal bubble by proclaiming Megyn Kelly was going to NBC because she was "desperately hoping to get away from ideology" like....Diane Sawyer or Barbara Walters. On the day of Donald Trump's inauguration, they sought out an angry black leftist screenwriter to complain this day marked “how much this country can’t stand black people,” and “doesn’t want Muslims here,” and “did not want a woman as leader.”

Originally, the Corporation for Public Broadcasting was obligated to review public broadcasting for balance and fair access to all sides of the political debate. Instead, the CPB makes no attempt whatsoever to rein in PBS and NPR programmers as they lurch hard to the left.

2. It's part of the Democratic Party PR machinery. This became explicit during a 1999 scandal when the Boston Globe reported that a mother who sent a donation to WGBH to support Barney & Friends found herself receiving Democratic donation appeals. WGBH and other pubcasting entitites had been selling their donor lists to Democrats -- the affinity is obvious. This was happening at the same time that House Speaker Newt Gingrich had pledged to zero out taxpayer funding for CPB.

In July of 1999, I testified in a House hearing (on the same panel with PBS star Ken Burns) that a "PBS-DNC complex" was at work. The top officials at PBS and NPR have included Democratic Party operatives from Ervin Duggan and Delano Lewis to Douglas Bennet and Frank Mankiewicz. While PBS aired live coverage (and evening reruns) of the hearings designed to destroy Nixon in the Watergate scandal, as well as live coverage of the Iran-Contra scandal in the Reagan years, they failed to find a "public service" in covering the congressional hearings of the "Asiagate" scandal when foreign donors funded the 1996 Clinton-Gore reelection campaign.

3. It’s technologically outdated and unnecessary. When Congress passed the Public Broadcasting Act in 1967, there were only three networks on TV, and all were commercial. They were supposed to provide a non-commercial option, with more devotion to providing a public service. The irony in that era was if they really wanted to provide a balance to ABC, CBS, and NBC, they should have sounded like a proto-Fox News Channel, challenging the suffocating liberal consensus on TV news in the Cronkite era. But this was an invention of the Lyndon Johnson "Great Society" architects, and quickly became engaged in "guerrilla warfare" [according to former WNET president and NewsHour inventor Robert Kotlowitz] against Richard Nixon for trying to defund it (just as now against Donald Trump).

In television terms, the technological rationale of providing diversity in a three-network universe no longer applies – not when the public can find hundreds of programming choices on cable TV, satellite radio, Internet sources, and streaming services like Netflix.

4. It loses any battle of necessity with entitlement spending, defense, or other priorities. Liberals never prioritize public broadcasting where it belongs. If the public were asked, should we provide food stamps for the poor, or the Boston Pops on PBS, the public would choose the poor over the orchestra. But at this point, the public can have both. Fifty years of public funding have built a strong network of radio and TV stations, who often have finer technology than the commercial stations in their markets. Pubcasters make a circular argument -- we don't take much government money at all, and if you take our government money away, we'll go out of business. If Wyoming and Alaska stations are at risk, know this: huge chunks of CPB money go to PBS superstations in New York and Boston and Washington. Perhaps they could share some of their largess?

5. Public broadcasting offers unfair competition to private broadcasters. Liberals also never contemplate that in many smaller markets, commercial radio and TV stations struggling to pay the bills are actually competing for audience share with PBS and NPR stations. Just as conservatives don't like their tax dollars going to liberal propaganda, owners and employees of commercial broadcasters surely resent funding their own competition for eyes and ears. 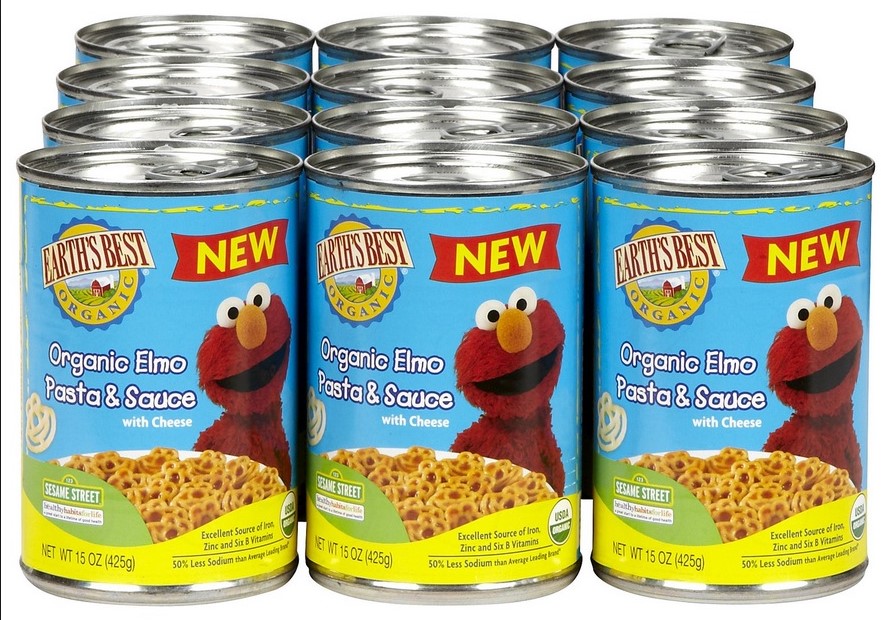 6. It enriches "non-profiteering" producers and has never demanded any return. For decades, we've made the point that at the same time PBS uses Big Bird as a prop for Congress, the producers at Sesame Workshop (previously Children's Television Workshop) made millions and millions of dollars in licensing hundreds of Sesame Street toys, foods, and other products. "Tickle Me Elmo" could be the hottest Christmas present in America, and there was no way anyone in the PBS bureaucracy was going to ask the Workshop for a share of the proceeds.

As Laurence Jarvik relayed in his book PBS: Behind the Screen, CTW founder Joan Ganz Cooney once proclaimed: "The provisions of good programs for children must be removed from the free enterprise system and be made a public service." Jarvik noted "Yet, CTW has licensed products since the day Sesame Street went on the air". In the same way, prominent PBS ultraliberals like Ken Burns and Bill Moyers have become multi-millionaires through PBS-related books, CDs, DVDs, and so on.

7. Public broadcasting is ideologically guaranteed to be statist. There are very few conservatives who work inside PBS or NPR operations, for a very simple reason: they don't believe in it, just like you don't find pacifists in the Marines. Any government-funded "journalism" outfit is going to lean left by its inherent mission, to provide something the unjust or inadequate capitalist media system cannot provide.

In a 1973 panel discussion recorded in Harry Ashmore’s book Fear in the Air, future Supreme Court justice Antonin Scalia expressed an insight that still sounds like an argument that matches the irony of Brian Stelters of the world in Trump's America fearing the press will lose its independence under some government regime of oppression and shaming:

I find here people who profess to be deeply concerned over the problems of government control of the media but who also ardently support a scheme to establish a national television network , with a centralized system of news and public affairs programming that is depending on the government for its operating income.

The fact that we can talk about more independence for the press on the one hand, and on the other hand say, but what we really need is a government-funded national news operation, strikes me as wild. It is just wild...If you are going to have CPB in charge, then CPB is going to take responsibility.

On that final point, Scalia turned out to be incorrect. CPB’s only responsibility over the last 50 years has been to protect a liberal system from troublesome public interference from the right. Pure and simple, CPB is an indulgent sugar daddy, a funder who never holds programmers accountable to the notion of fairness and balance. Why should Congress fund an agency that rejects any oversight?