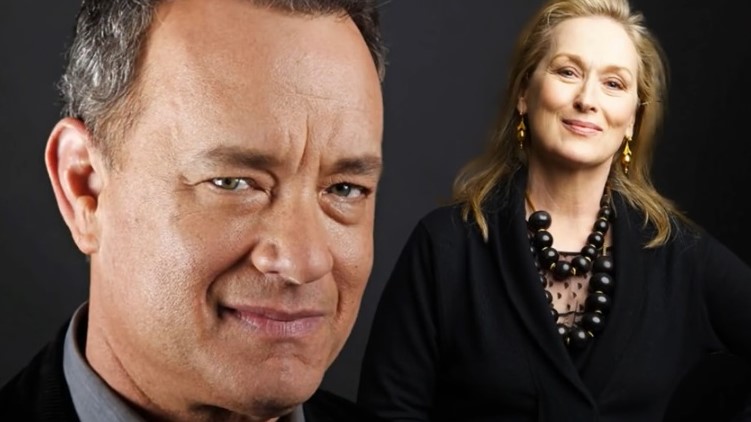 Variety film critic Owen Gleiberman sounded a little like Chris Matthews when he "felt a shiver of anticipation" at the new "Trump-timed" Steven Spielberg movie project, mythologizing The Washington Post in 1971 pushing to expose the "Pentagon Papers" to underline the "futility" of the Vietnam War, which Gleiberman proclaimed part of the "liberal catechism."

Gleiberman hoped "If there’s a new wave of movies that matter, it won’t just mean freedom-fighting media/political dramas like The Post." "Freedom fighters?" The people trying to win the Vietnam War thought they were the freedom fighters, with the Post helping Vietnam to sink into a communist dictatorship that still rules today.

He complained political movies like this are seen as elite-cinema Oscar bait, not as profit-makers. "Will the executives who decide which movies get made be willing to engage a priority beyond the gold-plated box of franchise thinking? Will they be willing, more than they are now, to get back into the business of making movies that matter?"

This is, the critic hoped, part of a wave of activist movies under a new and dangerous president: "everything about the timing suggests that it’s no coincidence the announcement was made 45 days after the inauguration of Donald Trump. The Post is clearly a film that Spielberg wants to make because he sees it as a parable of today: a high-stakes political drama of secrecy, lies, and leaks, and the rights and responsibilities of a free press. The parallels could hardly by more incendiary."

You know liberals feel outnumbered when the adjective "incendiary" has a positive connotation. Gleiberman is rooting for liberal Hollywood to forget box-office thinking and aim higher, at inspiring a new wave of liberalism:

But that’s the reason I got that tingle. Spielberg, a unique figure in Hollywood, still has the power to make the films he wants to make, and the fact that he’s now teaming up with two of Hollywood’s greatest — and most famously liberal — actors, Tom Hanks and Meryl Streep, to tell the story of a 46-year-old event in American political and journalistic history isn’t, in itself, anything revolutionary. (The Pentagon Papers is part of the liberal catechism.)

What has changed is the context. A year ago, a movie like The Post — or Spotlight, or Zero Dark Thirty, or Erin Brockovich — would have been thought of in that category called “Movies That Matter.” Which is to say: Movies that the liberal media establishment likes, that take on crucial themes of truth and corruption, and that have a fairly specific audience. That’s the way it’s been for ages. My question is: Could that audience, for the first time in a long while, evolve and expand? Is it possible that we could return to a period when movies aren’t just slotted into a category called “Movies That Matter”? That we could return to an age when they actually do matter? [Italics his.]

The legendary Hollywood renaissance of the 1970s happened because America, at the time, was mired in social upheaval, in the earthquakes brought about by the new youth culture and by the corruptions and scandals of Vietnam and Watergate; the desire to see all that reflected back at us as drama was a timely, organic phenomenon.

Gleiberman concluded that movies like All The President's Men and Chinatown and Midnight Cowboy "were films that made the darkness enthralling, because they let you go into the darkness and come out the other side. They were slices of reality that were also extraordinary pieces of entertainment."

If you think All The President's Men was a "slice of reality" and not highly tailored for entertainment, then you haven't read much about Watergate. The critic did not recall how liberal Hollywood tried to make bold leftist "anti-war" films during the second George W. Bush term like Lions for Lambs (with Streep, Tom Cruise, and Robert Redford). They felt great about themselves as they lectured "anesthetized Americans" -- but the films choked at the box office.

Earlier: Gleiberman also displayed his liberal take at the end of 2016 as he singled out conservative Dinesh D'Souza as a "founding father of fake news."