David Letterman: In This Trump Dystopia, Alec Baldwin Deserves a Medal, I Only Trust Al Franken 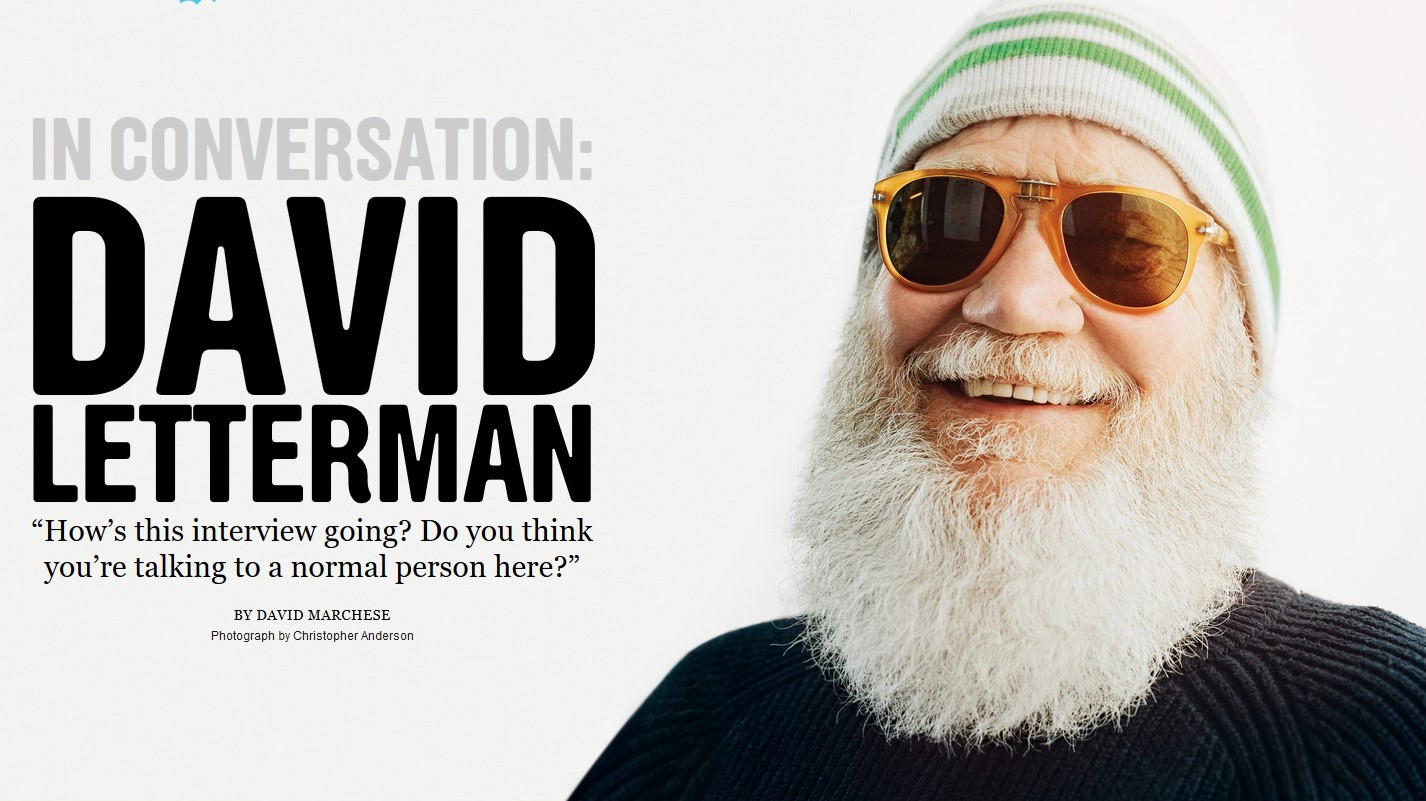 Retired talk-show host David Letterman gave a rather unhinged interview to New York magazine where he said “This is like visitors’ day at prison for me.” Letterman thinks Trump is an idiot and an authoritarian Russian stooge, and he thinks comedians mocking Trump are the saviors of America.

Comedy’s one of the ways that we can protect ourselves. Alec Baldwin deserves a Presidential Medal of Freedom. Sadly, he’s not going to get it from this president.

We don’t need more confirmation that there’s something wrong with Donald Trump. Let’s instead find ways to rebuild what is rational. And the Democrats, goddamn it, get a little backbone, get a little spine. The only person I can trust anymore is Al Franken, who has a great brain and a great heart. I believe what he says.

Lorne Michaels, the  longtime boss of Saturday Night Live, is a prince:

I was at a thing the other night and so was Lorne Michaels. This guy is now the prince of New York. People are waiting in line to thank him for what he’s doing to Trump. He’s given us a little breathing room. He’s loosened the noose. And the scary goddamn thing is that Don would like that not to be the case.

It’s clear he cares so much about how he’s portrayed.

He would really rather not have a society where free speech was going to be a factor. I’m telling you, there’s something between him and the Russians. “What color tie should I wear?” “Tell him red.” “They say red, Don.” “Okay, red it is.”

I do like the idea that Putin has something on Don and decided: “Let’s get him in office, and we’ll get things to go our way.” That’s beginning to sound like an Alex Jones theory, but that’d be fun, wouldn’t it?

Letterman realizes he sounds like a conspiracy theorist, so that’s worth a point. Trump’s staff isn’t any better.  Sean Spicer is “a boob who just got out of a cab and now here he is.” Stephen Miller is “creepy.” And Rex Tillerson?

Don would say, “Rex, if you’re talking to your friends, ask them” — I’m sure the Russians groomed Trump. They gave him tips: “You want to be an authoritarian dictator? Sure, that’s not a problem. We’ll tell you how to do it, for God’s sake.”

We’re always looking for the easiest path, the most obvious joke. Bill Clinton having sex with the intern, well, that’s not comedic heavy lifting. After that it became George W. Bush, and I thought he was funny in a harmless way. I mean, Dick Cheney was the guy to keep your eye on at a party, because he’d be going through your wife’s purse. But George W. was nothing but fun.

That’s not exactly how Letterman treated Bush-Cheney when they were in power. Then there was this question;

What sort of guests were you most excited by?

Bill O’Reilly — before he became standard talk-show fare. All I knew about him was that his ideology seemed counter to mine. My premise with him was that “You’re too smart to believe the things you’re saying. Aren’t you just playing the part of the right-wing buffoon?” For a long time, I used to think that was true. I always liked having folks on that were not the mainstream.

In Letterman’s world, he is the mainstream. Conservatives are the buffoons outside the “rational” world.