MSNBC weekend host Joy Reid is the latest liberal to get a cozy Q&A in The New York Times Magazine with former MSNBC substitute host Ana Marie Cox. Reid oddly described Trump’s January 11 press conference as a “weird third-world pep rally,” which is quite an insult to her liberal-media colleagues that threw pointed questions at Trump, including the futile screaming antics of CNN’s Jim Acosta. 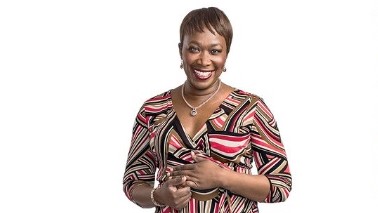 COX: A few weeks ago, you said the media should stop covering Donald Trump’s tweets in order to force him into giving a press conference. Now that we’ve seen one, did you find it useful?

REID: It wasn’t a press conference, and it wasn’t useful. It was a weird third-world pep rally. Trump could make a very fine African or Middle Eastern dictator — it’s the same combination of machismo, charisma and lack of any concern for morals, ethics or standards of behavior that we saw in Hosni Mubarak or Mobutu Sese Seko.

COX: I do think that the media, both left and right, is fascinated by Trump, but our fascination detracts from our ability to cover him.

REID: The media needs to start ignoring him until we can make him talk to us in a normal way: not on Twitter and not at a show, which is what a press conference is. He can’t take not having our attention.

Will Reid feel the need to apologize to Hallie Jackson of NBC News, who in that "pep rally" had prodded Trump about releasing his tax returns?

Cox never asked how Reid would respond if a conservative journalist or talk-show host ever suggested a loving and tender press conference with Obama resembled a “weird third-world pep rally” with an "African dictator." She’d hear racism in it, no doubt. The Times did not note she worked for the Obama campaign in 2008, but at least the magazine noted Reid was also an editor of the book We Are the Change We Seek: The Speeches of Barack Obama, and then listed her five favorite Obama speeches. Let’s not guess she can really speak about holding presidents accountable.

The only challenging question from Cox was how Reid was awarded her current weekend slot at MSNBC, after the network booted another black leftist, professor Melissa Harris-Perry, who complained of being “silenced.” Reid tried to strike it right down the middle: “I wish they had been able to figure out a way for her to do her show in the context of an election. Not every executive could understand the importance of a show like hers in a political year.”

Cox then asked “Do you think that there was a difference in how black journalists were able to understand why Trump appealed to people?” Reid said if Trump had just been a celebrity businessman pushing job creation, “he could’ve actually been a pretty effective crossover Republican candidate! The problem is, from the moment he became a 'birther,' he exposed the inner Trump — the racist Trump, the Trump that New Yorkers know — to the whole world.”

In the answer that the Times touted in its headline, Reid could not find anyone who had a good reason to support Trump:

COX: During the campaign, you interviewed dozens of Trump supporters and surrogates — was there anyone who presented a sound argument for why they supported him?

REID: No. We had one Hispanic woman say that she was for Trump because she needed her taxes to be cut. She was the only person who ever made that argument — for other people, it was always immigration or ISIS or some other thing.

Immigration and ISIS. Those are apparently terrible reasons to back a change from Obama’s liberal paradise. Here’s another Cox softball:

COX: “Make America Great Again” seems to be nostalgia for a time when white supremacy was a more effective institution.

REID: White male supremacy. One of my most incorrect assumptions was that white women, particularly white women with college degrees, would have voted in much higher numbers for Hillary Clinton, just because of the sheer outrage over Trump, but the outrage was a lot less in the end than a lot of us thought.

But then, she added Hillary’s people took too much for granted: