Associated Press media reporter David Bauder wrote a story strongly critical of Trump press secretary Sean Spicer’s claims about inauguration crowd size. He could have used many liberal journalists with decades of experience to share his outrage. But Bauder’s exercise in outrage over false claims somehow had to include....disgraced CBS anchor Dan Rather. 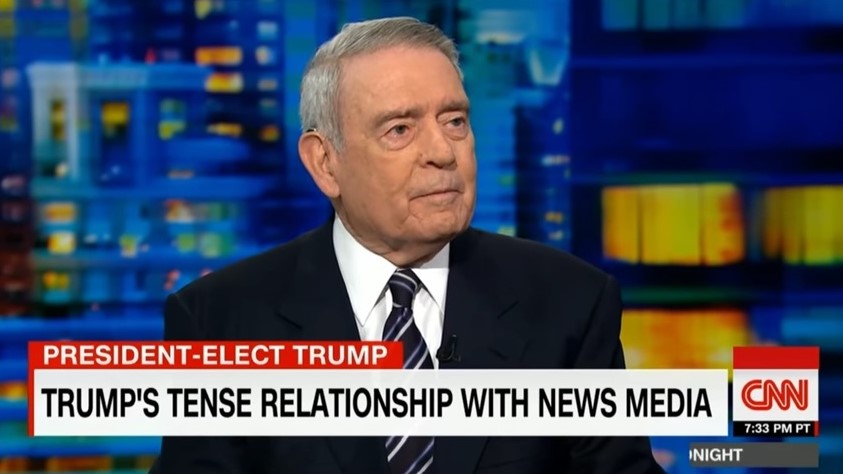 Press secretaries have been lied to by their bosses, or misled reporters through the omission of information, but veteran journalist Dan Rather said Sunday it was the first time he could recall false material being delivered in this way.

"I hope that people will stop, pull back for what we in television call a wide shot and see what is happening," Rather said. "This is a deliberate propaganda campaign."

Bauder and Rather could have taken a moment to discuss Nixon press secretary John Ziegler announcing in 1973 that Nixon's Watergate statements were "no longer operative." We won't expect judgments on Clinton press secretary Mike McCurry playing Sgt. Schultz on Monicagate ("I know nothing!") or Obama press secretary Jay Carney laughably claiming it was "BS" that Obama was a big spender.

"You can't tell lies in the White House," Hunt said. "Somebody will smoke you out, on issues large and small. The president's integrity and credibility are at stake in everything you say, so be super careful."

Bauder didn’t seem to ask anyone if the liberal media insured “you can’t tell lies in the White House” when Bill Clinton or Barack Obama was president. There’s a pretty long list of lies there to explore. But somehow, Bauder suggested Rather -- not the Schieffers or the Brokaws -- was uniquely qualified to judge Team Trump based on his “famous tangles” with Richard Nixon.

Former CBS anchor Rather, who famously tangled with the Nixon White House during the Watergate era, said the situation saddened him.

"I don't think the American people as a whole, whether they supported Donald Trump or not, want a situation where the press secretary to the president comes out and knowingly tells a lie," he said.

So perhaps we could suggest that the American people as a whole don’t want anchormen to use transparently false National Guard records to smear an occupant of the White House? And we would also suggest Rather is like a “birther,” in that he never admits his documents were as phony as a two-dollar bill. For all his bluster, the burden of proof is always on someone else.