On PBS, David Brooks Shames John Lewis: Whatever Happened to 'They Go Low, We Go High'?

PBS Newshour analyst David Brooks broke the liberal mold on Friday. While most media elitists poured praise on Rep. John Lewis for suggesting Trump was illegitimate, Brooks dissented: Whatever happened to "when they go low, we go high?" Brooks asserted a rather typical fair-play centrism, that the bias in our election system ought to recognize the winner as legitimate, unless someone can produce evidence to back it up.

Anchor Judy Woodruff asked liberal analyst Mark Shields about how "the civil rights icon, Congressman John Lewis of Georgia, in an interview today with Chuck Todd at NBC said that Donald Trump is not — he doesn’t view Donald Trump as a legitimate president." 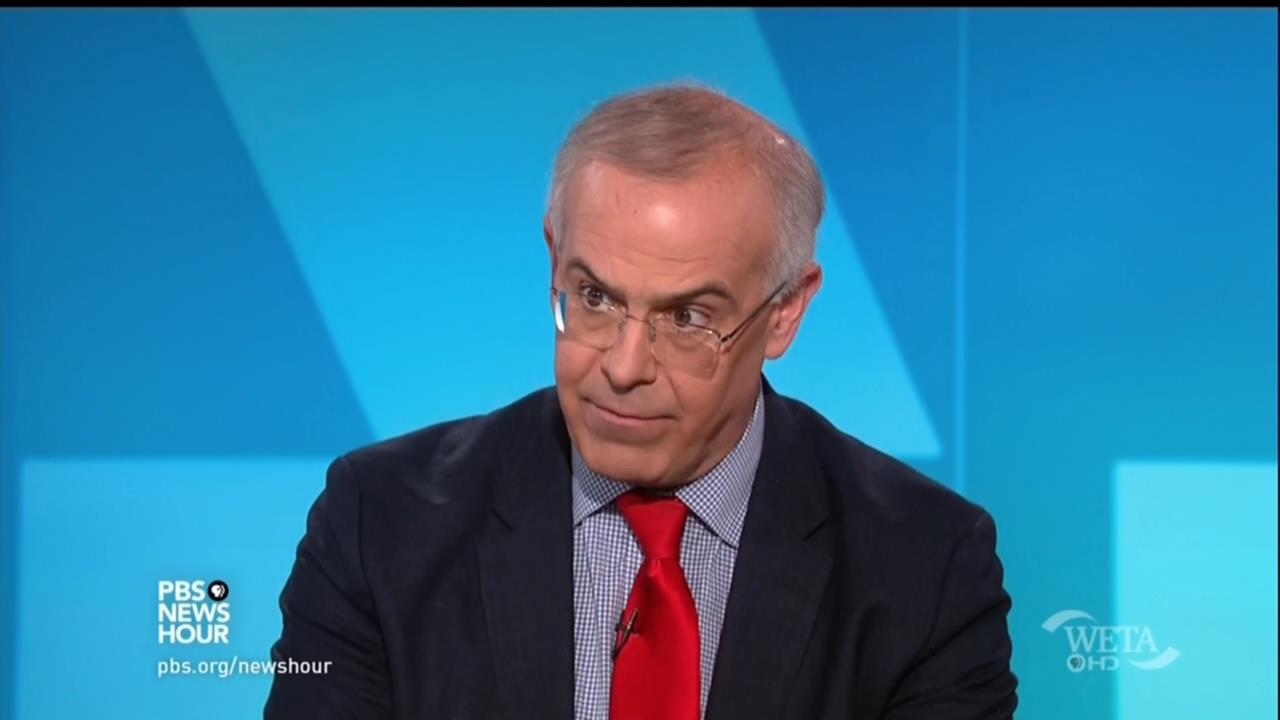 DAVID BROOKS: Don’t agree. Whatever happened to when we — they go low, we go high? No, I think if you’re going to question the legitimacy of somebody, you better have some evidence. And John Lewis is obviously a hero. But the bias that, when we have an election result, has to be that the election results is legitimate.

And whatever the Russians did, it didn’t probably affect the outcome. If we actually have some evidence to counter that, then you can say it’s a legitimate — but the bias has always got to be to respect the process, to respect the voters and to assume, if they make a call, that some deference has to be paid, unless there is evidence. And as I understand it, John Lewis, none of us know whether the Russian activity, which was malevolent, had any huge significant determining effect.

They wrapped up the segment by talking about Obama's farewell address in Chicago. Brooks began gushing over Obama being an "oustanding man" who has won "the respect of almost everybody." Why do they have to ignore conservative opinion so aggressively. Then he suggested his foreign policies weren't that successful, and Obamacare cost the Democrats:

JUDY WOODRUFF: What did he leave you with?

DAVID BROOKS: Well, I think we saw in the speech an outstanding man.And he leaves this presidency with the respect of almost everybody as a human being. I think he will get very high marks, as he mentioned in the speech, for the handling of the financial crisis, the auto bailout, all that stuff. We’re in much better shape than we were. I think his foreign policy will be regarded more failure than success, in part because of reasons we heard earlier.

And I think, from a progressive point of view, to have a Democratic Congress and a Democratic White House, and to have spent the time on Obamacare, which had real benefits, 20 million insured, but not on inequality, was a major cost to the Democratic Party, costing them their majorities, but also a bit of a cost to the country, because it didn’t address the fundamental issues that led to Donald Trump and that led to a lot of unhappiness, just the continued widening inequality.