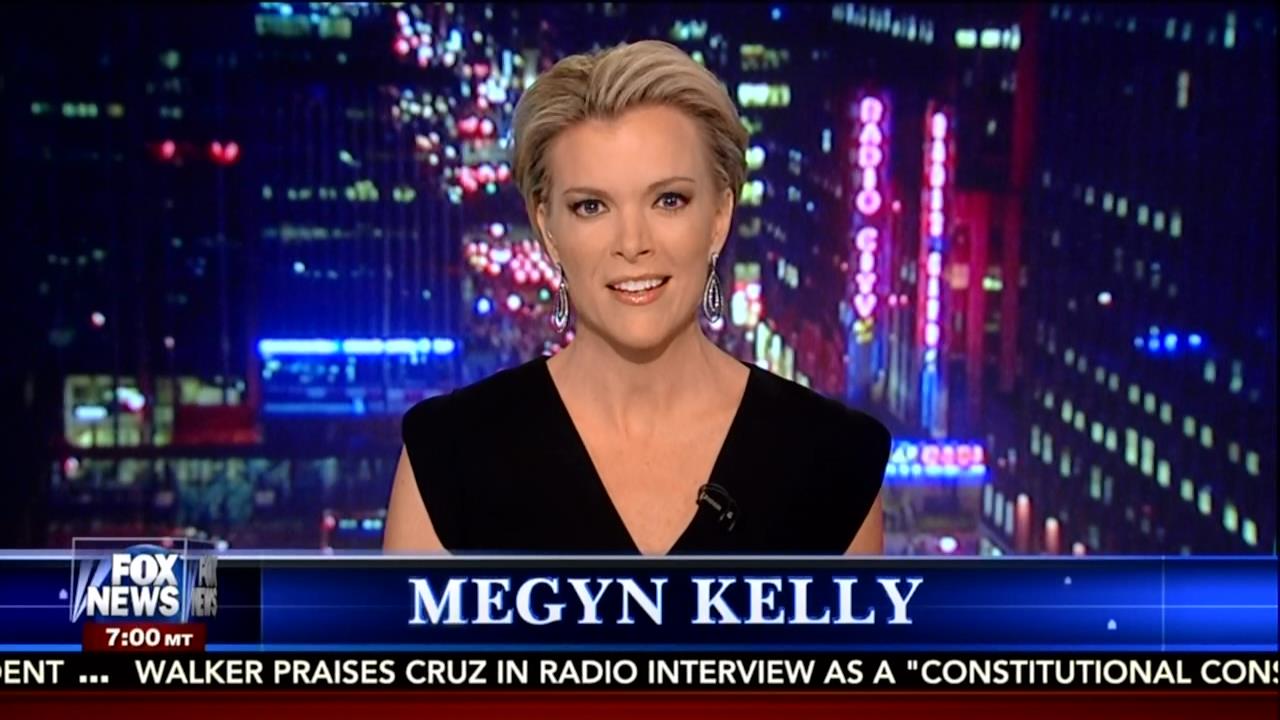 Jim Rutenberg at The New York Times had the scoop first: Megyn Kelly is leaving Fox News Channel for a deal with NBC News, which offered her a weekday daytime show, a Sunday night show, and a contributing role on major political events.

Rutenberg reported “The daytime program would be a mix of news, interviews and panel-like discussions covering a range of issues, not only government and politics. The Sunday night program, which is yet to be named, would provide Ms. Kelly with a continued hand in hard news. And she would be in the mix on NBC News during major political coverage.”

For Fox News fans, there are two obvious questions:

1. How much will Kelly have to shift to the middle or even the left to fit in at NBC News? The last nightly host to leave Fox was Paula Zahn, and she quickly became a liberal cog at CNN like every other host. A similar right-to-left pattern happened with former Fox & Friends hosts Kiran Chetry and Alisyn Camerota. If Kelly can create a tough-on-both-sides demeanor in her new programs, that would be an obvious shift to the middle for NBC.  Liberals would not be happy.

2. How will Fox News fill the slot? Tweeters are already pitching female hosts from Judge Jeannine Pirro to Tomi Lahren to fill the Kelly vacuum. It’s also possible Fox could shift Tucker Carlson to 9, or Hannity back to his 9 pm slot. The liberal media will expect Fox to put another female host in prime time. Sandra Smith and Martha McCallum have filled in on The Kelly File.  It might seem obvious to look to the Fox Business lineup, from Trish Regan to Kennedy.

Here's how Kelly announced the departure on her Facebook page: 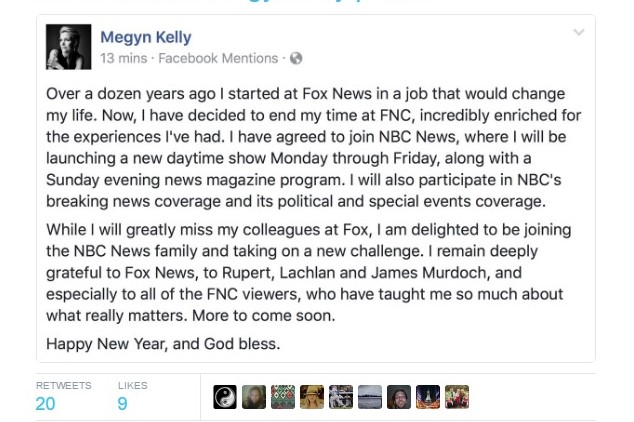