Ex-NPR Host: Trump Slogan Based on Promise of 'White Prosperity'

CBS’s Face the Nation led off 2017 with a political panel where everyone was completely disgusted by President-elect Trump. The two Bush White House veterans – speechwriters Michael Gerson and David Frum – talked in dark terms about an election stolen by Russia and a forthcoming “constitutional crisis.”

On the Left were Jeffrey Goldberg, the Obama-polishing editor of The Atlantic magazine, and former NPR anchor Michele Norris, who left the taxpayer-funded network when her husband took a job in the Obama White House. Norris declared that Trump’s “Make America Great Again” slogan clearly had a racial component, since America was “built on the promise of white prosperity above everything else.” 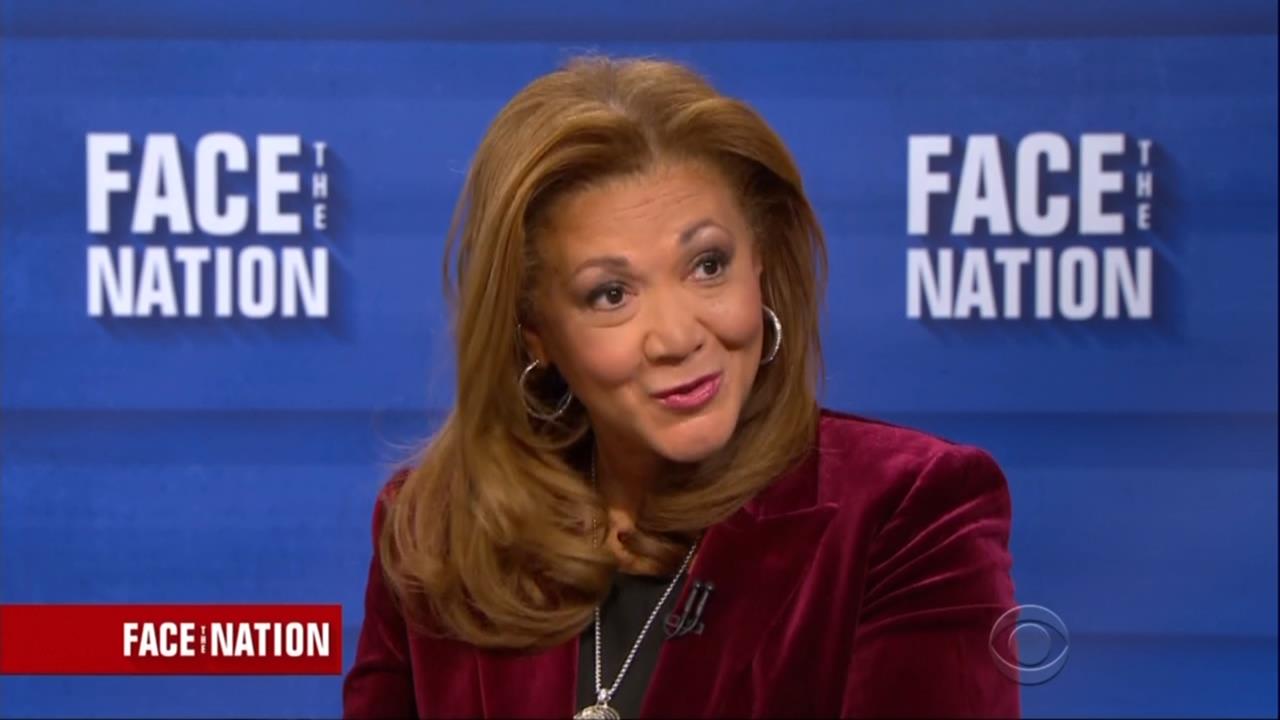 MICHELE NORRIS: In the phrase “Make America Great Again,” there is one word that if you are a person of color that you sort of stumble over. And it’s the word “again.” Because you’re talking about going back to a time that was not very comfortable for people of color. They did not have opportunities. They were relegated to the back of the line. And this is a country that, you know, to be honest, was built on the promise of white prosperity above everything else. And for a lot of people when they hear that message, “Make America Great Again,” deeply encoded in that message is a return to a time where white Americans can assume a certain amount of prosperity because....

JOHN DICKERSON: Michele, did you-- since the Race Card Project [which began as a race-relations segment on NPR], you’ve spent a lot of time looking at the conversation about race in all of its different forms in America. Did you - when you saw the racial aspects of this campaign, say, “That’s what I’ve been hearing,” and that’s been bubbling under the surface for the last four years or six years you’ve been working on this? Or--

NORRIS: More particularly in the last two years. I don’t want to say that I told you so, but I was not as surprised by Donald Trump’s victory because I saw a lot of these sentiments coming in, you know, over the transom. A lot of people feeling a lot of vertigo in this country for a lot of reasons. Some of it is, you know, racial fragility and not necessarily feeling like their feet touch the floor, feeling that they’re not at the front of the line. But also technological disruption. Even though the economy, all these indices of the economy, suggest that we’re doing fine, people don’t necessarily feel it. And Donald Trump was able to tap into a message where people felt a lot of discomfort. And-- and that again is somewhat retrograde. I mean, fear is not our brand, you know, in America. And-- and that is so much sort of the bright vein that ran…through this campaign.

Norris also trashed Trump voters by dragging out the usual liberal media lamentation that these Republicans refuse to agree on a “common set of facts” – like Trump’s slogans are based on racism, for example.

NORRIS: In this country, we’ve always assumed that technology was a good thing. We embraced it. We assumed that it was propelling us forward and that it would perhaps even though it was displacing jobs, that it would make for a better society, a better flow of information. I think we’re going to start to really question that now-- on-- on a lot of levels because of what it’s done to democracy, because certainly what it’s done to the level of American discourse. And as journalists, you know, we have to learn how to operate in a world where there is no longer a common set of facts. People get their news in such a way that it usually affirms or confirms everything that they already believe. We have someone who is about to occupy the Oval Office who is dismissing many of the publications that we work or have worked for and is trying to bypass us and go directly to people. So as we try to explain this surreal universe, we find ourselves in-- in almost a room of funhouse mirrors trying to figure out how to describe what’s going on.

As for the old Bush faction, Frum babbled about “The idea that a foreign power has reached into the United States, and tampered with American democracy, and maybe chosen for Americans a president that the larger number of Americans didn’t want for themselves.” Trump’s victory represents a “threat to democratic institutions in this country and around the world. And I-- I don’t think we do people a service by saying, “You know, there have been bad things in the American past before.” There have been. This is our bad thing, and it’s about as bad a thing as has happened in any of our lifetimes.”

Here we go again. Trump’s win is somehow worse than 9/11. Gerson added “I think there’s a pretty much even chance that we’re going to have a constitutional crisis or have a completely incompetent presidency that doesn’t know how to exercise power.”

Goldberg cracked “That side of the table is totally depressing.” CBS could have found someone a little more optimistic, but this is what liberals love to do – it’s a “common set of opinions,” everyone revolving around a conventional “wisdom.”

Video: @DavidFrum: Trump’s election “about as bad a thing as has happened in any of our lifetimes” #FTN #TTT16 pic.twitter.com/wKUyc8Trd3