National Public Radio likes to think it's about civility (not rudeness) and real news (not fake news). But when it comes to Donald Trump, on Friday night NPR became the promoter of a rude and disparaging joke on All Things Considered. Washington Post columnist and NPR contributor E. J. Dionne passed along a joke from unfunny leftist Andy Borowitz in The New Yorker: that Trump's picks were so contrary to the government's mission that next he would name Mexican drug kingpin "El Chapo" to run the DEA. 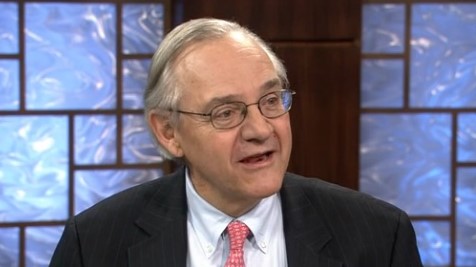 DIONNE: Well, I think you've got Trump naming a lot of people who don't particularly seem to believe in the missions of their department. Scott Pruitt has been a great critic of the EPA, wants states to take over their work. The new labor secretary, Andrew Puzder, is from Hardee's and Carl's Jr. They employ a lot of low-wage labor. He's had regulatory issues with the Labor Department.

This led to Andy Borowitz, the wonderful humor writer of The New Yorker, to write a mock news story saying that Trump had named Joaquin Guzman - the drug dealer, the drug kingpin El Chapo - to head the Drug Enforcement Administration. Now, yes, it's funny, but it does speak to the kinds of people that Trump is naming. This is an extremely conservative administration, way more conservative so far than George W.'s was.

Apparently, Saturday Night Live stole that joke and brought in Bryan Cranston to joke that Trump's DEA nominee was Walter White, the drug kingpin at the center of Breaking Bad. Liberals expect that everyone who serves in government must be a leftist. To them, the Department of Labor isn't about all working people, it's the Department of Unions. To them, the EPA is the Coal and Oil Bankrupting Administration.

NPR anchor Ari Shapiro didn't even blink at the Trump-El Chapo smear. He just turned to David Brooks of The New York Times and asked: "So David, how do you think Democrats, who have the minority in the Senate and yet are part of the confirmation process - how do you think they should approach these picks?" This attack was so liberal that David Brooks actually disagreed with Dionne's arrogant position (don't faint):

BROOKS: They may not be my cup of tea, but you know, it's not like they're against the mission of their agencies. All of these issues, whether it's labor issues, like the minimum wage or wage levels or environmental issues - there are tradeoffs. There are tradeoffs, say, between environmental costs and business costs.

And Trump is clearly worried about growth, and he's picking people who are aggressively on the business costs and may be insensitive to the environmental costs. But it's not like they're against the agency - against the mission. It's just a different set of priorities.

DIONNE: But I think the labor secretary poses a real problem. Here was a man who ran for president as the paladin of the working class. He was going to improve their wages. A, he couldn't even pick somebody at least from the manufacturing sector where he promised a revival. It's from the fast food sector. And so I think that one is a sort of a bigger problem for the long run given who voted for Donald Trump.

SHAPIRO: David, what do you think Biden's legacy will be?

BROOKS: Well, people are skeptical and disgusted by Washington. But there are a lot of people like Joe Biden in it who - he was a genuinely good person. One of the things I find most remarkable about him is that so many politicians lose their inner voice, their sense of vocation. They become sort of public personas who are empty within. But Biden never lost the capacity for genuine emotion, which he showed, and genuine conscience, which he showed. And he remained a real person no matter how famous he got.

He "remained a real person" is apparently how you charitably describe his gaffe-a-minute performance.