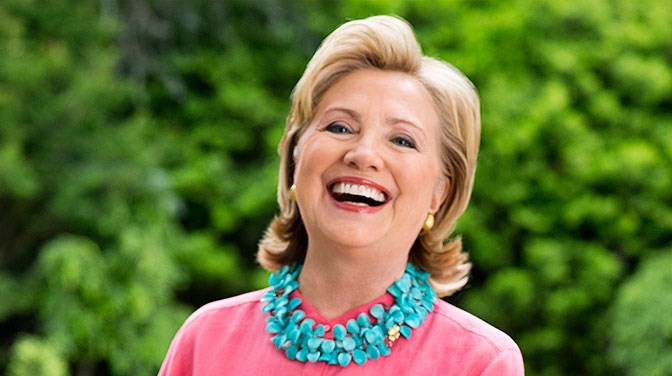 Subscribers to People magazine are getting their November 14 issues on the last weekend before Election Day with another four-page spread promoting Hillary Clinton, with an interview by the celebrity magazine’s political correspondent Sandra Sobieraj Westfall. The headline was “Staying Strong: In the wake of new e-mail questions, the candidate who laughed at her portrayal on SNL and made hay out of Trump’s “nasty woman” [comments] isn’t letting the pressure get her rattled."

Westfall just could not believe that Trump would bring women to a debate who have long accused Bill Clinton of sexual harassment and rape. The poor-Hillary tone came oozing out, and Hillary didn’t have to express one sensitive thought as to whether these women were actually assaulted. It was just a head game:

PEOPLE: But as a wife, as a woman, how could you have prepared for that second debate and being confronted with all of that, the women [who years ago accused your husband of sexual misconduct] -- ?

CLINTON: I had a team of people who were relentless, totally in the head of what Trump might do.  A lot of this comes down to who gets into whose head. It’s like an athletic contest or maybe a high-stakes entertainment performance. So you just have to be really aware of how your opponent – in this case, such a very aggressive and belligerent opponent – is going to try to knock you off course, play with your emotions, really game you. And I wasn’t going to let that happen. I didn’t care what he said or how he behaved. I was going to stay focused on what I thought was important to the election. And that’s about the future, what are we going to do together, and it worked out to that is what most Americans were interested in.

To which Sobieraj could only ask: “With so much ugliness and scandal during this campaign, how do you get out of bed every day to face yet more? Is it yoga, meditation?"

Clinton said “I am so motivated. I would have been motivated no matter who I was running against.” That answer was also presented in large capital letters. Another big quote came from Michelle Obama: “Hillary doesn’t play. She is absolutely ready to be commander-in-chief. “

Jumping ahead of the actual results, Westfall closed by underlining how Hillary's impending presidency is such a landmark for women:

PEOPLE: When you think about Susan B. Anthony, Eleanor Roosevelt, all the women that came before you and now the little girls and grandmas you hear from today – what’s it like to carry all their expectations for having a woman sit at the desk in the Oval Office?

CLINTON: It’s a really weighty responsibility. I see, from talking to people, getting letters, having a lot of parents bring their daughters to see me, that there is this enormous sense of history about this campaign. I take that personally and seriously. I want to be able to demonstrate that we are not just breaking glass ceilings for me, we are opening up the American dream for everybody.

If People could be any more in the tank for Hillary under liberal editor Jess Cagle, it's hard to imagine.

PS: Breitbart noted in the Wikileaks emails, Westfall oozed at Hillary's PR team in April 2015 for any promotional nuggets she could throw in front of her People audience: "Traffic on our Hillary stories is absolutely off the charts! Which only means an insatiable demand for more. Is there any color you can whisper on background at all on what Sec. Clinton is doing today or this weekend or anything?"