A hot conservative media topic is the Project Veritas videos exposing Democratic operatives talking about voter fraud and inciting violence at Donald Trump rallies. But “the mainstream media hardly wrote about it,” Donald Trump said. Not only have the videos been ignored by ABC, CBS, and NBC, most of the nation’s most prestigious newspapers haven’t touched it, according to a Nexis search for Project Veritas on Wednesday afternoon. 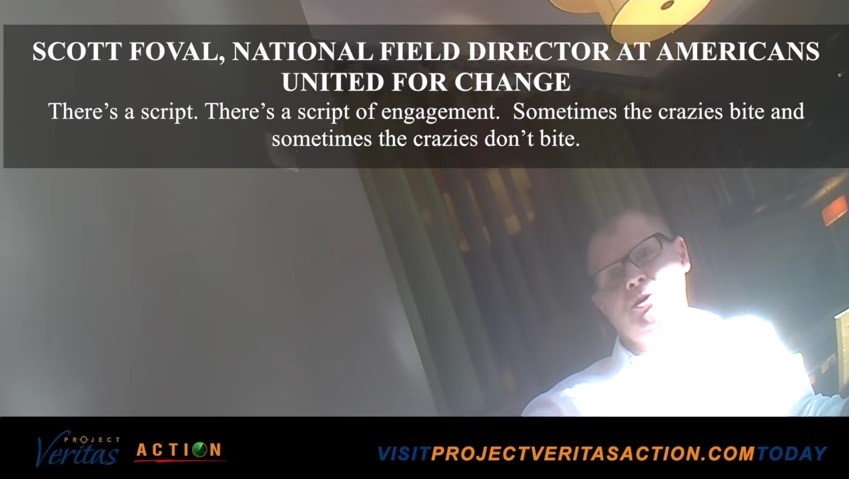 The following news outlets can be added to the Zero Coverage list so far: The New York Times, USA Today, the Los Angeles Times, The Boston Globe and the Chicago Tribune. The PBS NewsHour and NPR transcripts also came up with a zero. (We can guess why NPR would dump out.) The Associated Press was still a zero.

What can non-coverage accomplish? It marginalizes these charges enough that if Donald Trump brought it up in a debate or at campaign rallies, voters might wonder what kind of strange tales he's telling. Bias by omission enhances a "crazy uncle at Thanksiving" vibe.

The Washington Post posted a lengthy blog by David Weigel (but it didn’t make the newspaper). Weigel underlined the Democratic operatives have been canned, which should underline the videos are damaging:

Scott Foval and Robert Creamer, two little-known but influential Democratic political operatives, have left their jobs after video investigations by James O'Keefe's Project Veritas Action found them entertaining dark notions about how to win elections. Foval was laid off Monday by Americans United for Change, where he had been national field director; Creamer announced Tuesday night that he was “stepping back” from the work he was doing for the unified Democratic campaign for Hillary Clinton

Cable news did cover the videos or mention them on Tuesday night. CNN’s Anderson Cooper 360 led off with a Drew Griffin report. Fox News discussed it on many prime-time programs. It even came up briefly on MSNBC’s Hardball, when former RNC chairman Michael Steele brought it up:

CHRIS MATTHEWS: Anyway, tell me -- Michael, tell me something I don`t know.

MICHAEL STEELE, MSNBC POLITICAL ANALYST: The sleeper issue that`s just beginning to bubble is the whole question about voter fraud and Project Veritas is going to gather a little bit more steam, as more and more people look at these videos, start want to --

STEELE: Project Veritas is a group of students who went in, young people who went in and talked to some Hillary Clinton supporters and, you know, poster type folks who sort of exposed some of the shenanigans they were engaged in.

MATTHEWS: Give me one.

STEELE: Well, one was in terms of the rallies, at the Trump rallies paying people to actually go and protest start fights at the rally. They admitted to that on camera. So, it`s a big issue. It`s just beginning to break. It will be interesting to see how that plays out.

MATTHEWS: Yes, the guy who brought down ACORN, you like that group.

It's ironic that a paper like USA Today can dismiss videos where Democratic operatives discuss voter fraud schemes, even as the paper's Wednesday front page has a top story headlined: