A Media Research Center study of donations at OpenSecrets.org demonstrates a dramatic tilt in campaign donations by employees at some of America’s leading news outlets.

The most dramatic financial favoritism is shown by employees of The New York Times: since January 1, 2008, 68 employees of the Times have donated exclusively to Democrats or Democratic PACs to just three employees who donated to a Republican.

Compare that to The Washington Post, whose employees in the same time period broke out as 15 Democratic donors to two who gave to the GOP. A similar breakdown came from putting in the Big Three TV news operations, 32 to 2 overall: ABC News was 13 to 1, CBS News was 12 to 1 and NBC News was seven to zero. 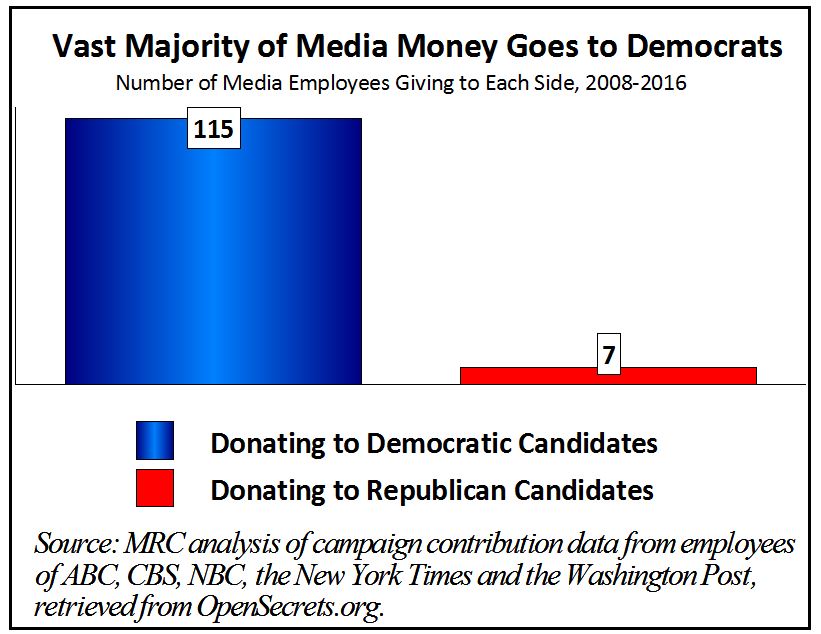 Putting these five media outlets together, it’s 115 Democrat donors to 7 who have given to Republicans.

MRC analysts utilized the Donor Lookup feature by filling in “Occupation/Employer of Donor” box on OpenSecrets. We did include retired employees who still list their former employers when they contribute.

The New York Times. In July, three Times employees donated to Hillary Clinton’s campaign: Tara Hereich (legal counsel) donated $150, Madeline Delianides (executive director of marketing operations) gave $100 and Eric Von Coelln (director of puzzles) contributed $250. The most “invested” staffer was Amy Rowland, a staff editor at the New York Times Book Review, who donated the maximum of $2,700 to Hillary Clinton, twice – for the primary election on March 20 and the general election on June 25.

Several Times employees were donating to Hillary Clinton or Bernie Sanders in installments. Naakoshie Nartey (senior manager for marketing partnerships) gave at least $233 in 2016, and Piper Rosenshein (vice president for consumer marketing) threw in $264. Jonah Kessel, a video journalist for the Times based in Hong Kong, has given at least $277 in installments to Sanders in 2016.

Some writers with bylines in the newspaper were donors. Fashion writer Ruth LaFerla gave $250 to Hillary’s campaign last December. Financial reporter Phillip H. Wiggins donated at least $202 in installments to the Democratic National Committee in 2015. Technology reporter Steve Lohr tossed in $10 for the group “Act Blue.”

It should be noted that the Times "Ethical Journalism" handbook bans political donations by staff, on page 19:

Staff members may not themselves give money to, or raise money for, any political candidate or election cause. Given the ease of Internet access to public records of campaign contributors, any political giving by a Times staff member would carry a great risk of feeding a false impression that the paper is taking sides.

The Washington Post. For the Post, one of the most active donors in the last two years was the newspaper’s former publisher, Katharine Weymouth, who stepped down in October 2014. Just before leaving, she donated $500 to Rep. Gwen Graham (D-Fla.) Then in 2015, Weymouth donated the maximum $2,700 to Graham, to Hillary Clinton, and to Maryland congressional candidate Kathleen Matthews, wife of MSNBC host Chris Matthews.

Doug Coffelt (sales manager, national retail ads) gave $200 to Mitt Romney in 2012. Making a mix of donations while listing the Post as an employer was Mary Bannon. In 2010, OpenSecrets reported Bannon “spread $5,000 in donations to six Democratic congressional candidates and one Republican.” Bannon’s position at the Post was alternately  listed in federal documents as “marketing,” “director of strategic initiatives” and “director of research.”

ABC. Two donors at ABC were actually on-air reporters, who are now at different networks. Clarissa Ward, now at CNN, donated $500 to Obama for President, $250 donations in September and October of 2008. Don Dahler, now at CBS, donated $500 to losing Republican congressional candidate Tom Manion in Pennsylvania.  Bill Seamans, who headed the Middle East desk of ABC News from 1967 to 1991, gave $1,000 to Sen. Jeanne Shaheen in 2011, and another $1,000 in 2012. 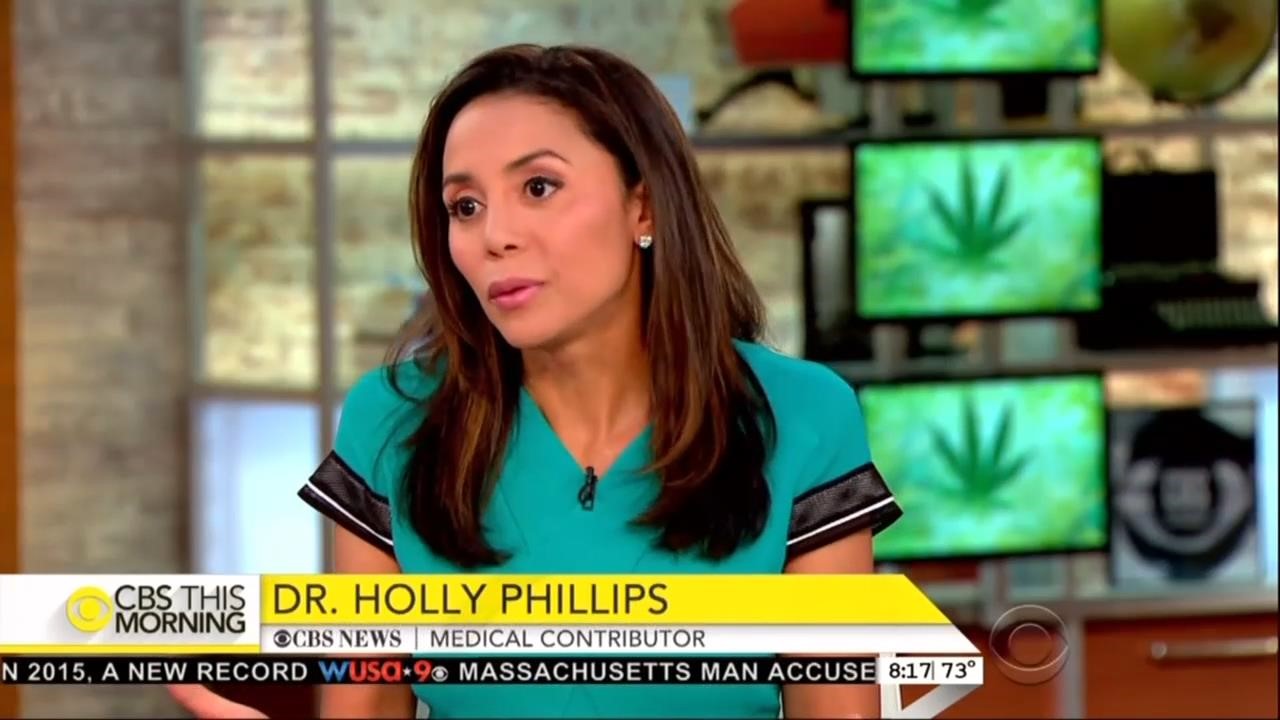 CBS. The standout name at CBS News was Dr. Holly Phillips, a medical contributor who appears on CBS This Morning, who donated $3,700 to Hillary Clinton. (This is a bit of a repeat: in 1999, CBS Early Show medical correspondent Dr. Emily Senay donated $1,000 to Hillary’s Senate campaign.) The Republican donor at CBS was Bob Bessolo, a photographer in California at KCBS, who donated $150 to Ted Cruz.

NBC. The standout name on the short NBC list is Mary Murray, who lists herself as the network’s “ Regional Director, Southern US, Latin America & Caribbean.” Murray donated $250 to Obama for President in 2008 and $250 to Kentucky congressional candidate John Waltz in 2010, who was defeated by Republican Rep. Geoff Davis.